Tourism is one of the main sectors in the economy of Egypt. Moreover, when it comes to the workforce, the tourism sector employs more than 12% of the total workforce; and every year, Egypt is visited by a huge amount of tourists. If you are wondering what Egypt has to offer to a curious tourist, please continue reading the following text.

Not only is Egypt famous for art such as architecture, cinema, music, and dance, but it is also very attractive when it comes to cuisine, sports, and museums. Due to the fact that the rich culture of this country is highly attractive, some tourist destinations have risen to the top as being mainstream locations. However, there are many offbeat places to visit and get a glimpse of the way Ancient Egypt looked like. Moreover, offbeat places usually reveal how modern Egypt functions as well.

If you are wondering where you should go if you want to enjoy some offbeat things in Egypt, you are in the right place. Take a look at the following article, including 10 offbeat things to do in Egypt.

1. End of the World Cinema

Cinema is placed in the Sinai Peninsula. As you approach the place, you will probably be astonished by the post-apocalyptic atmosphere. This theatre in the middle of the desert was built in the 1990s; however, it never got to be opened due to unknown reasons. The abandoned seats and stage leave every tourist speechless. In 1972, these ancient tombs held the secrets of the forgotten mummies of Dakhla oasis. The tombs are from the Roman period and probably belong to the non-wealthy family. Unlike in other countries, where these mummies would be kept in the museum, in Egypt, it was estimated that they hold no archeological value. So, visiting a place where there has been no scientific touch for decades is an unforgettable experience. 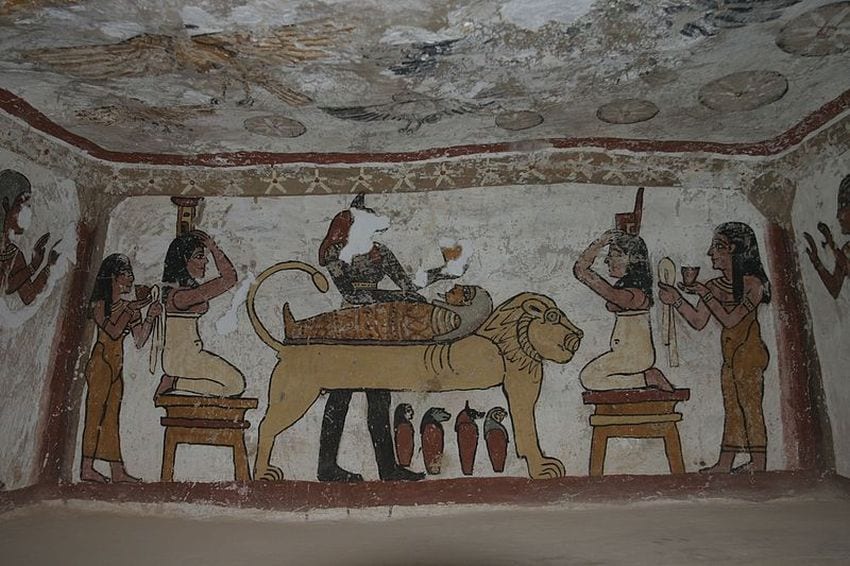 The popular belief, the Blue Desert is not a work of nature, but rather the product of artistic work. It was created in 1980, and it took 10 tons of paint in order to create it. Ever since then, this desert remained one of the most significant works of art. It is located in Saint Katherine Protectorate. You should definitely visit it since you won’t regret the experience. 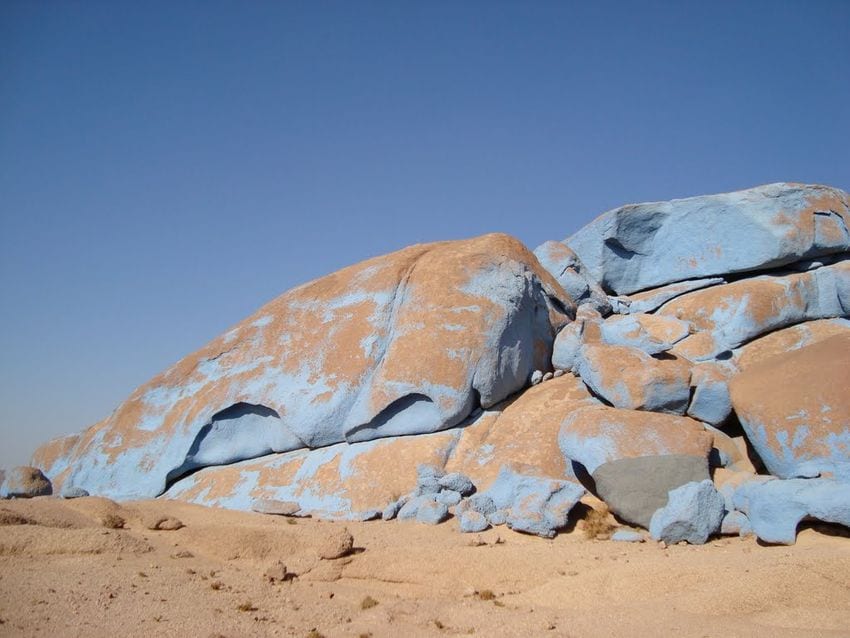 4. Cairo’s City of the Dead

The city was used to bury corpses dating from the 7th century. One of the strangest things about this city is the fact that people started inhabiting it, and now it has a total of 500,000 people who live there. In that sense, it has become the living cemetery. Even though it sounds morbid, tourists often visit this place since it probably represents the unique thing in the world. 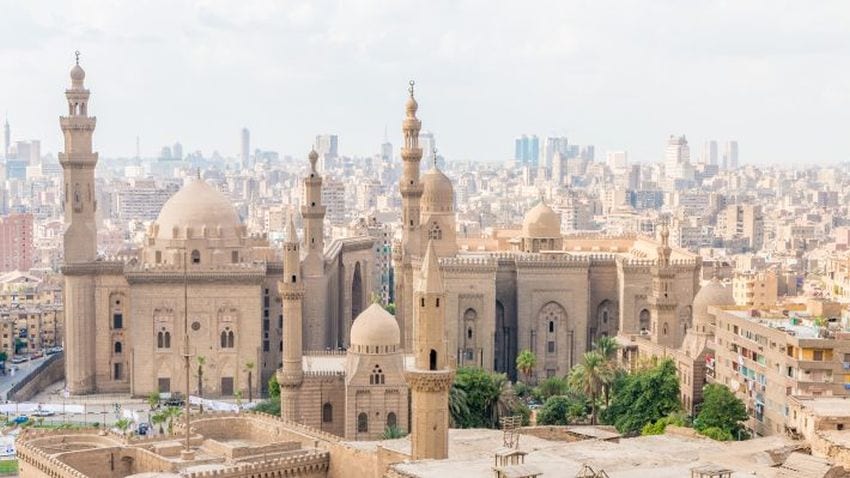 The Blue Desert, White Desert, is actually a work of nature. It was created through centuries of sandstorms and erosion. It is located near Cairo. Seeing this desert is one of the most amazing experiences ever. Not only can you visit it, but you can actually camp there. There are tourists who state that being in the White Desert during the full moon was one of the best experiences in their life.

The church was built on the top of the old Roman fortress. It has a long history, dating all the way back to the 3rd century. Seeing the architecture of the church makes you fall in love with the Egyptian culture even more.

Rather bizarre, the offbeat destination has almost every corner covered with garbage. Nevertheless, it is the settlement of almost 60,000 people. The reason behind it lies in the unestablished garbage collection system of Cairo. In fact, little was known about the situation in this area, until the release of the film called Garbage Dream in 2009. Ever since then, the tourists have increasingly shown interest in visiting it.

Unfinished Obelisk is located in the Northern Quarries of Aswan. The reason why it is unfinished is related to the cracks which were observed in the granite. If you want to get familiar with the tradition of Ancient Egypt in an unconventional way, this destination is one of the best opportunities. 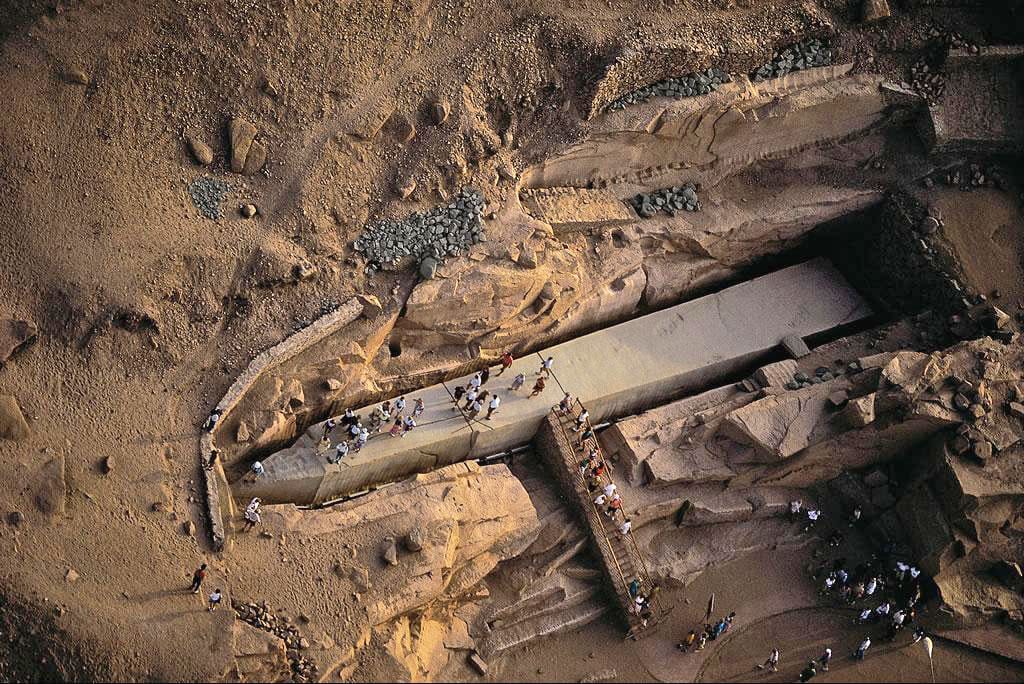 Dendera Light has been one of the most controversial topics in Egyptian culture. Today it is considered to be a depiction of a relief. The relief depicts a goddess of the sky. It was fiercely debated because some people claim that it, in fact, shows some traces of the modern lighting systems. In any case, this seeing this relief is, without a doubt, a must, since you will be more than fascinated. 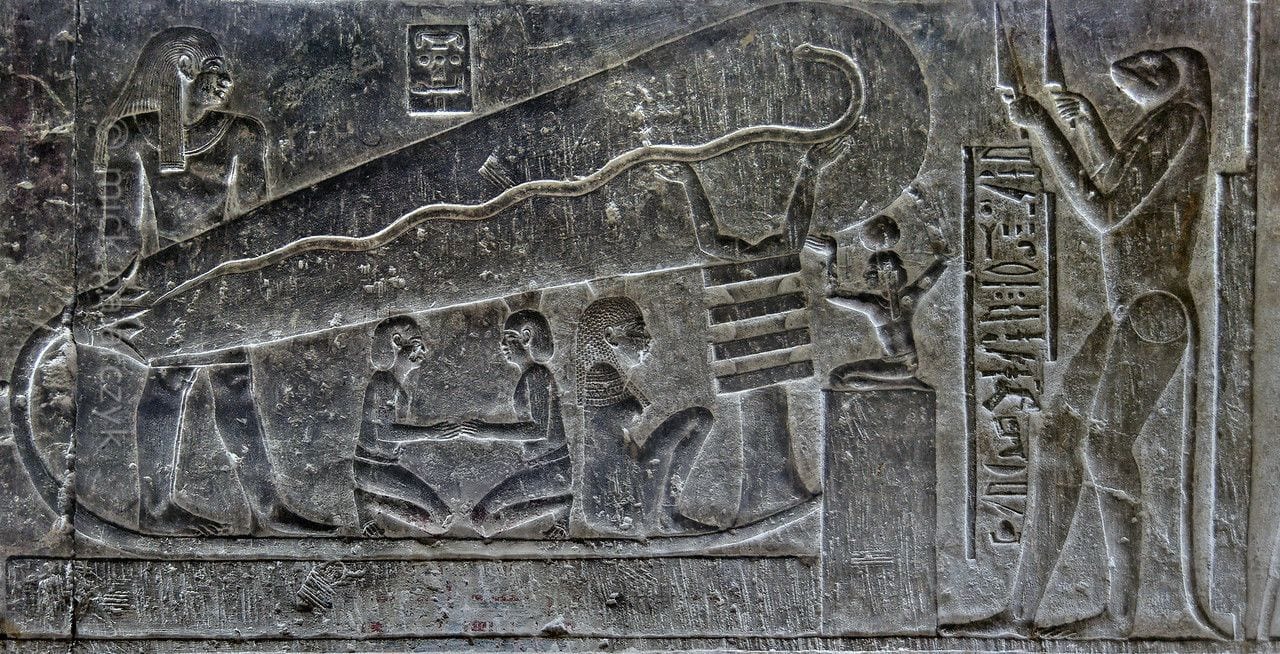 You want to get to know who the everyday life of ancient Egypt’s rulers were led; the Malkata palace is the best place to visit. This site reveals how the ceremonial lake, harems, and courtyards looked at the time. It was a residence of Amenhotep III, Amenhotep the Magnificent, who ruled over Egypt for 40 years. If you want to go and see the Malkata Palace, it is located in the desert near Thebes. To conclude, visiting offbeat destinations anywhere, especially in Egypt, is more than a thrilling experience. Furthermore, getting information about this country seems easier than ever. Especially thanks to the experts who are there to help and advise you. If you are interested in learning how you can visit Egypt, visit the luxorandaswan.com.

This travel company specializes in providing advice for “the best Nile cruise experience”. Not only will you get all the necessary information regarding your travel, but you will also hear about the experience of experts and people who visited Egypt many times. Additionally, this tourism company has special offers which won’t burden your budget. So, if you want to get reliable information, don’t hesitate to check it out.