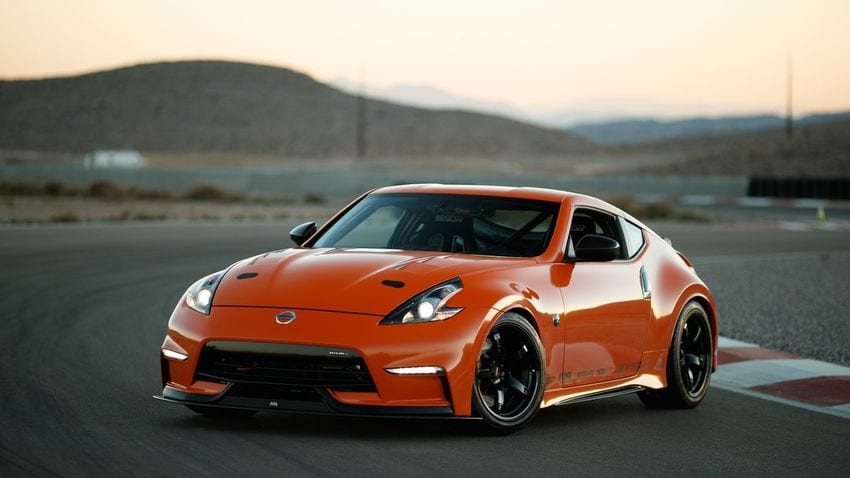 The seventh generation of Nissan Z-car is a bit far away in the future, but all that waiting will only make it sweeter. Motor 1 journalist spared no praises for the 370Z: “While Nissan hasn’t outright confirmed a successor, the automaker did surprise the world in October 2019 by saying to “expect something soon” regarding the sports car. Just a few days later, a 370Z test mule was spotted at the Nürburgring, possibly testing a new powertrain beneath the car’s familiar skin.” 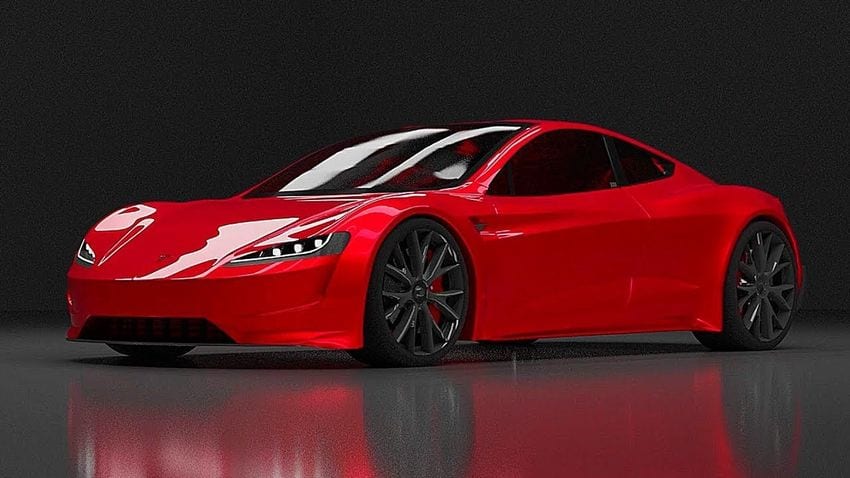 Tesla Roadster is coming in 2022 and it should be everything it is hyped up to be. Motor 1 had this to say about the latest Tesla: “Previewed by the stunning concept we saw back in November, the production Roadster should have some of the same specs. Expect a 620-mile range and the ability to sprint to 60 miles per hour (96 kilometers per hour) in less than two seconds.” 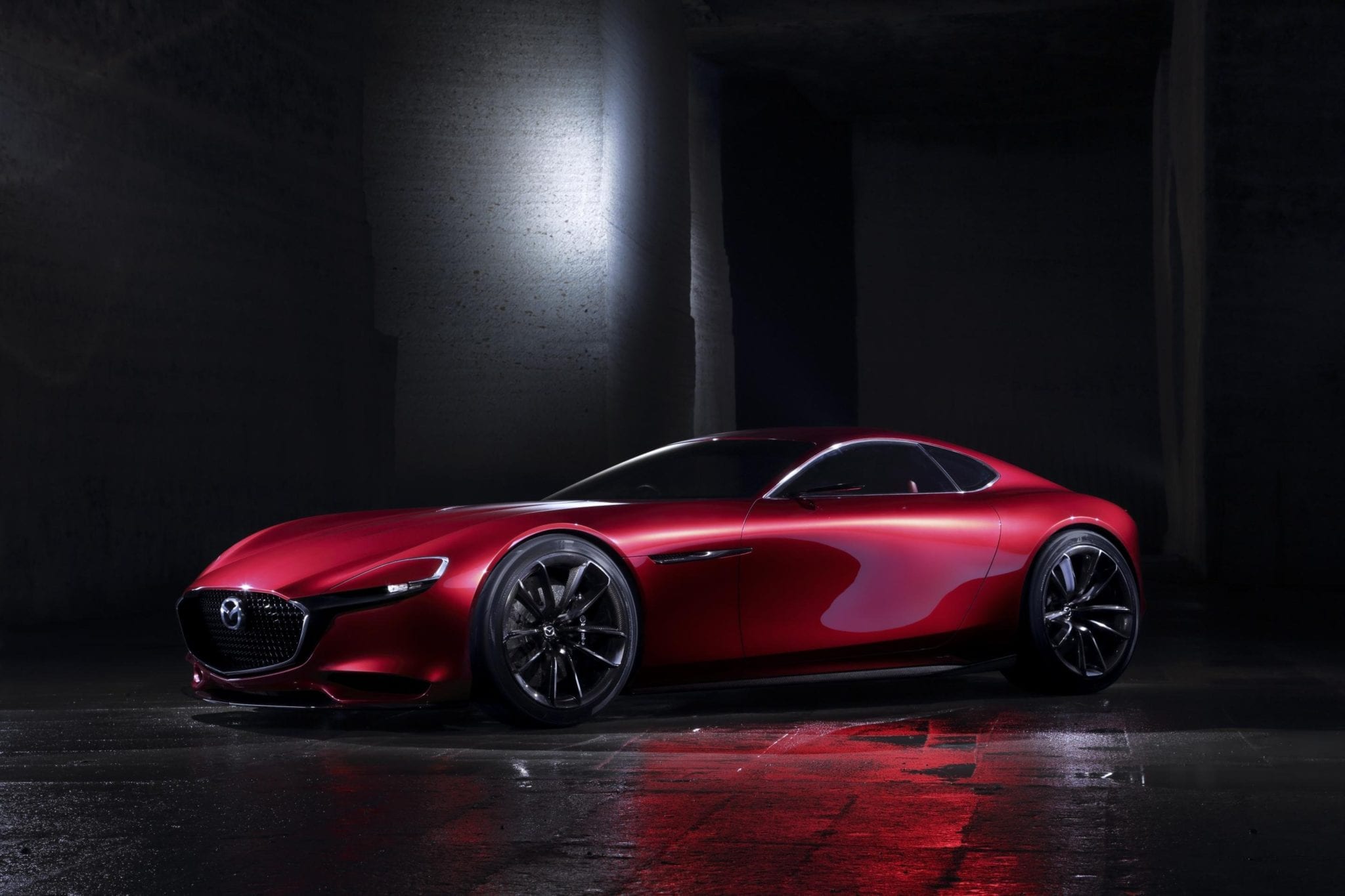 It appears that Mazda had finally made their minds about making a new RX-9, and that is some great news. Here what Motor 1 had to say: “Arguably as anticipated as the new Toyota Supra, rumors suggest that a new Mazda RX-9 is on the way. As far as we can tell, Mazda wants it to happen but actually realizing that goal isn’t so easy.” 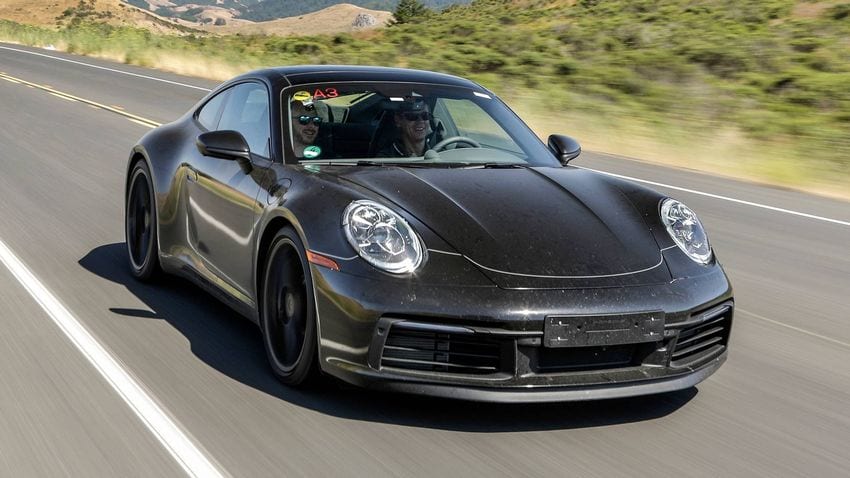 Some would say that yet another 911 is just too much, but you can’t have too much of a good thing. We say, bring it on. Motor 1 had a chance to see the new supercar in testing: “At this point, Porsche isn’t even bothering to camouflage its next-generation 911 Turbo. This highly anticipated supercar is slated to arrive in the spring of 2022, and it could bring over 640 horsepower with it.” 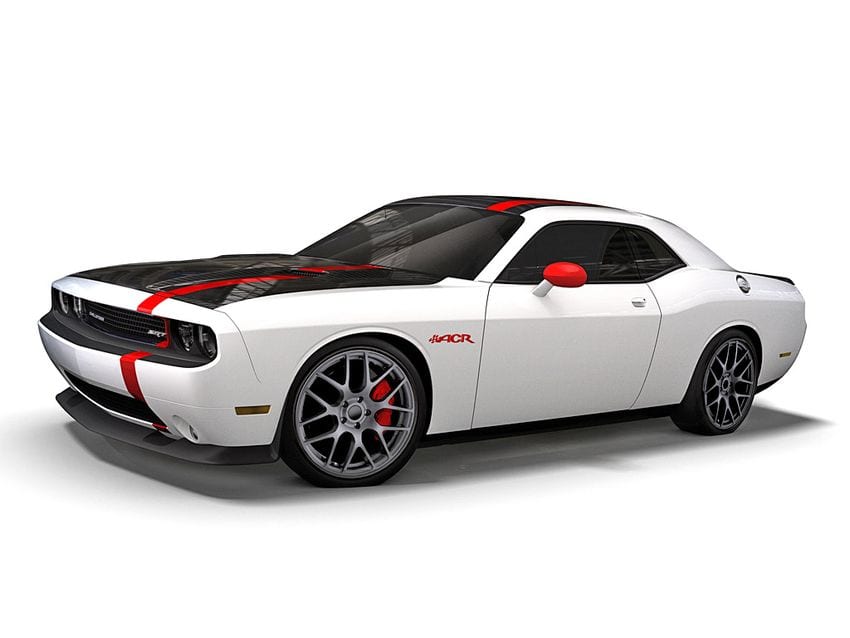 The iconic Challenger will get a new version in 2022. Motor 1 journalists are thrilled with it: “Somehow, the Dodge Challenger is immune to the passage of time. As of late 2019, this decade-old platform is still selling strong, beating the current-generation Camaro and giving the Mustang a run for its money. Following the success of drag racing heroes like the Hellcat and Demon, the word is a corner-carving version of the Challenger that could hit the streets in 2022, possibly as a 2021 model.” After several delays and false alarms, it would seem that the new Acura NSX will be here in 2022. Speaking of release date, Motor 1 said this: “Rumors of a hardcore Acura NSX have been long in the making. It was originally thought that such a beast might debut in 2019, but Acura officials squashed that rumor.” 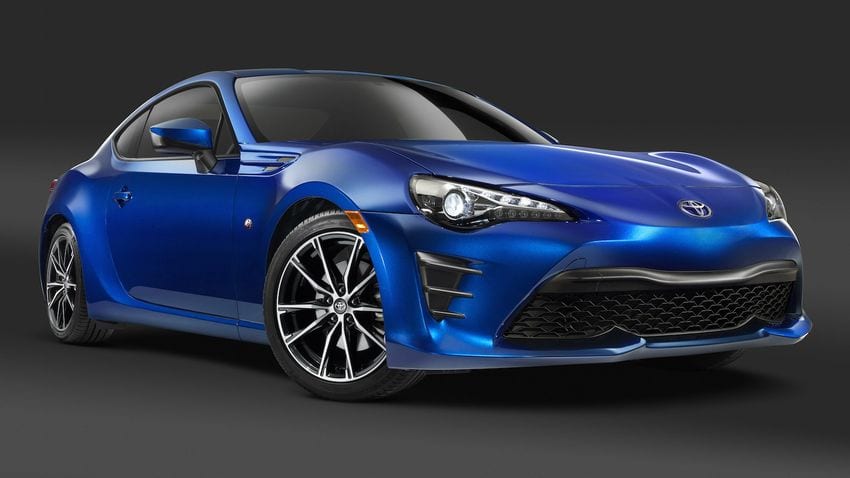 Toyota decided to upgrade its affordable supercar with a new model in 2022. The reactions are positive so far: “The current Toyota 86 is one of the best affordable sports cars on the market today. But in 2022, the coupe could get a more-aggressive upgrade… Under the hood, a new 2.4-liter engine will replace the current 2.0-liter boxer, with a horsepower figure in the neighborhood of 260 (194 kilowatts).” 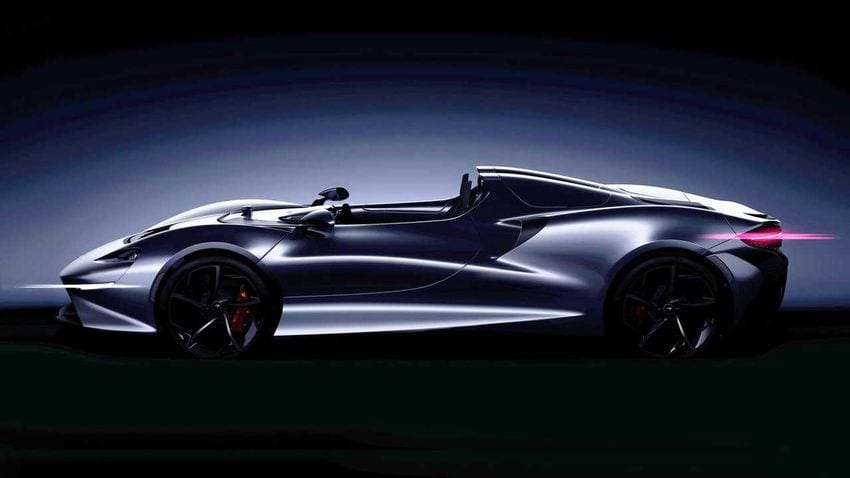 One of the hottest supercars in the works is McLaren Speedster, slated for release in 2022. McLaren officials said this: “McLaren will only build 399 copies of this sinfully gorgeous Speedster. Actually, we don’t even know for sure if it will be called Speedster, but it will have a version of the company’s twin-turbocharged V8 engine.” 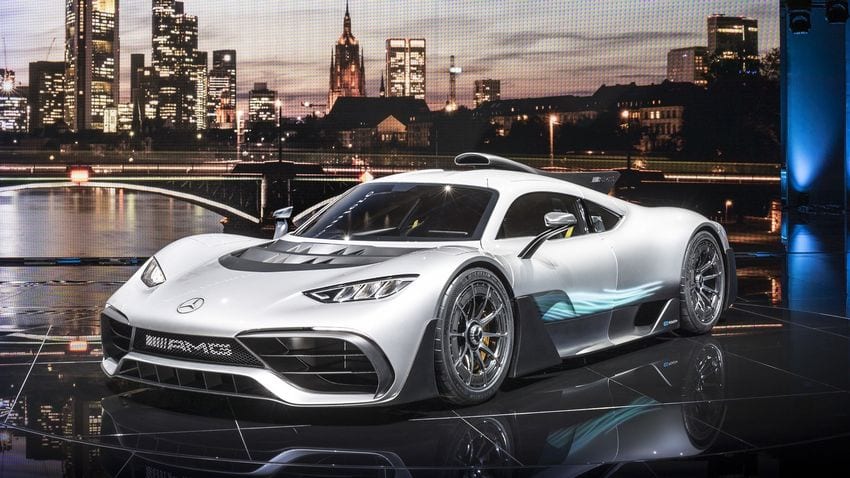 Building on their impressive Formula One experience, Mercedes is releasing its latest supercar. Motor 1 reporters couldn’t hide their enthusiasm for the new Mercedes: “Converting an actual F1 powertrain for use in a street-legal car is a monumental task, both in terms of reliability and allowable emissions. Engineers are struggling to keep the 1.6-liter hybrid-assisted engine at its promised 1,000-horsepower level while meeting regulations.” 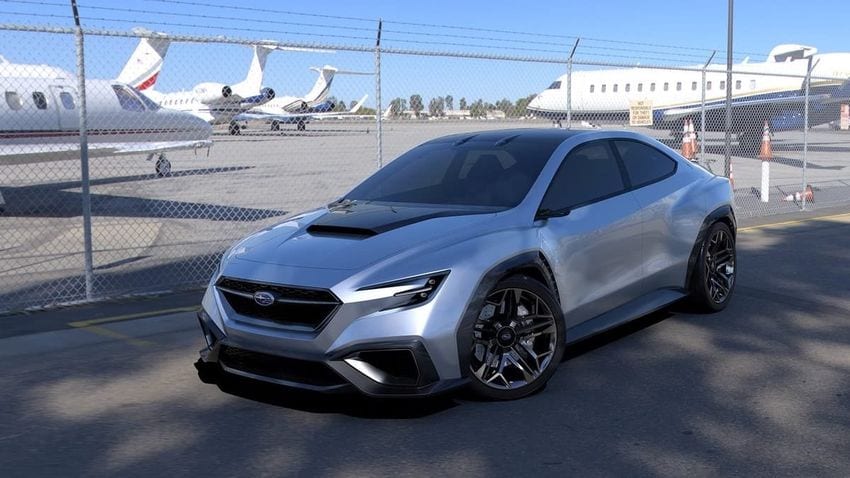 Subaru’s newest WRX STI is sure to draw attention. Motor 1 described the characteristics: “In terms of performance, the new STI should have upwards of 325 horsepower (242 kilowatts) and 319 pound-feet (432 Newton-meters) of torque, matching the hardcore S209 model that is making its way to the U.S.” The new BMW M$ has faced some criticism about its unusual design. Motor 1 reflected on this: “The Bimmer’s saving grace could be its boosted inline-six engine that should develop 480 or 510 horsepower, depending on the trim level. It will certainly be fast, but will it be fast enough to outrun the wall of criticism regarding its controversial nose?” 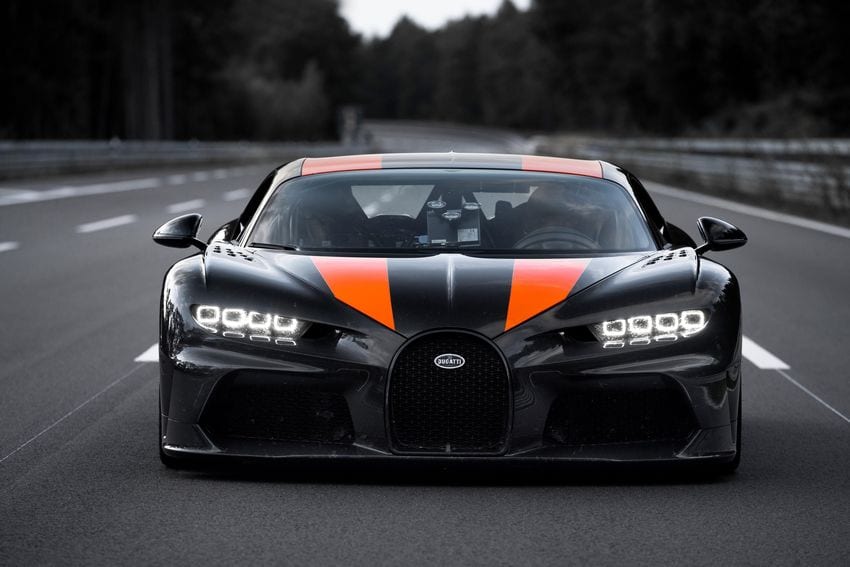 You can’t have a list if future supercars without mentioning the latest Bugatti. Motor 1 said this about it: “It took three years for Bugatti to finally run the Chiron past 300 mph. The Super Sport’s accomplishment isn’t without controversy, however, since the speed run only happened in one direction.” 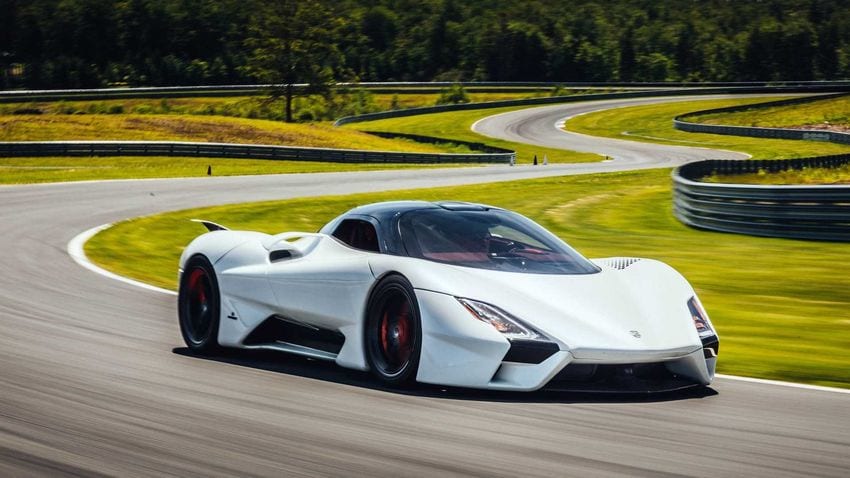 SSC was formerly known as Shelby Supercars. Since rebranding in 2012, they have been working on the new Tuatara and it will be here in 2022. Motor 1 have been present at the demonstration: “All indications are it’s worth the wait, as its 5.9-liter twin-turbo V8 is said to produce 1,350 horsepower on pump gas, or a staggering 1,750 hp when using ethanol-rich E85. Only 100 will be built.” Hennessey Venom F5 has been announced a while ago, but it seems that it is finally ready. Our colleagues from Motor 1 had this to say about it: “Development of its long-awaited Venom F5 has been slow, but prototype testing is expected to begin by the end of 2019. Its 6.6-liter twin-turbo V8 is primed and ready, having already dished out 1,817 horsepower on a dyno.”