There is a possibility that the next generation Toyota Tundra and Tacoma might go hybrid. This is a fact despite the uncertainty of whether there will be another new Tundra or not. There is still a big chance that the subsequent Toyota Tundra will go hybrid. It is just about time before that revolution comes to pass. This means that the two Toyota trucks will join the likes of GMC Sierra, Chevrolet Silverado, and Ford F-150, who have already embraced that exceptional trend.

Mike Sweers, an Executive Chief at Toyota Company demystified the vital truck buyers needs. He confirmed that truck buyers are in need of powerful trucks despite the ever-rising fuel prices. Fortunately, he confirmed that there is a way to arrive at a balance and still offer reliable and clean vehicles. 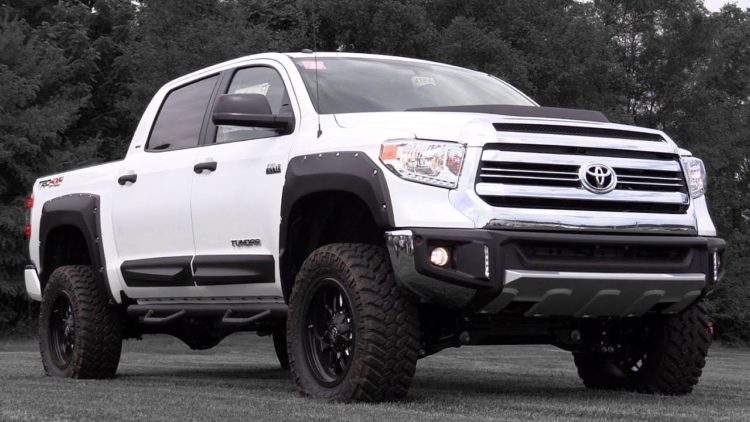 The Toyota Executive Chief in charge of Commercial Vehicles and Trucks still believes there is a possibility of producing powerful vehicles that are still environmentally friendly. For him, purchasing carbon credit is just a short-term solution. That is why Mike Sweers is looking forward to creating a long-lasting solution which will provide environmentally friendly goods without the need for exchange credits.

Just like any other media-oriented engineer, Mike Sweers did not provide an in-depth description of future products. Rather he gave a hint that Toyota is contemplating about going hybrid to enhance not only the economy but also efficiency of both the Tacoma and Tundra. The hybrid version of the Tacoma and Tundra is expected to be more reliable. This is due to the hybrid systems that are going to be incorporated into the new Toyota versions. They will add more power.

Toyota has been met with various criticism. The recent one is their slow incorporation of advanced technology in Toyota trucks, especially in the United States. However, Mike Sweers has come out strongly in defense of Toyota company. He argues the Toyota company wants to create a Truck that is efficient in every part of the World. It is evident that a Truck manufactured specifically for the United States will not survive in Australia. Since Toyota Company commands a good number of Customers throughout the world, it is committed to the idea of satisfying all of them. This is why it is thinking of introducing stronger and powerful trucks that will serve every customer regardless of where they hail from. It is for that very reason why Next-Gen Toyota Tundra and Tacoma might go hybrid. It is fair to say that, the best is yet to come from Toyota. Truck enthusiasts just need to be very patient with the Toyota company. There is more to come from them.

The Toyota company has started contemplating about this important trend. In fact, plans are already underway on how to make this new trend possible. It is just a matter of time before this advancement becomes possible. Truck buyers are expected to start enjoying strong, powerful and durable trucks from Toyota company. Honestly speaking, most truck lovers are waiting for the next-gen Toyota Tundra and Tacoma to go hybrid. Definitely, it will happen pretty soon.