Recently, 2022 Ford F-150 prototype has been spotted in Michigen and speculation of the nature of its powertrain have surged on online forums. The question what is under the hood of Ford’s latest truck is on every car enthusiasts’ lips.

The truck in question has a crew cabin with elongated bed. It is one of the heaviest and longest F-150 options currently. After examining the photos meticulously, it would appear that there is an internal combustion under the hood, after all. There are several clues that point to this conclusion.

The first id the exhaust pipe on the passenger side. What appears to be a fuel drain valve is located on the driver’s side, just before the rear wheel. The rear suspension looks like a classic axle with leaf springs, which is unusual for all-electric cars, since the weight of the batteries would require something stronger. The electric prototype spotted earlier has an independent rear suspension. 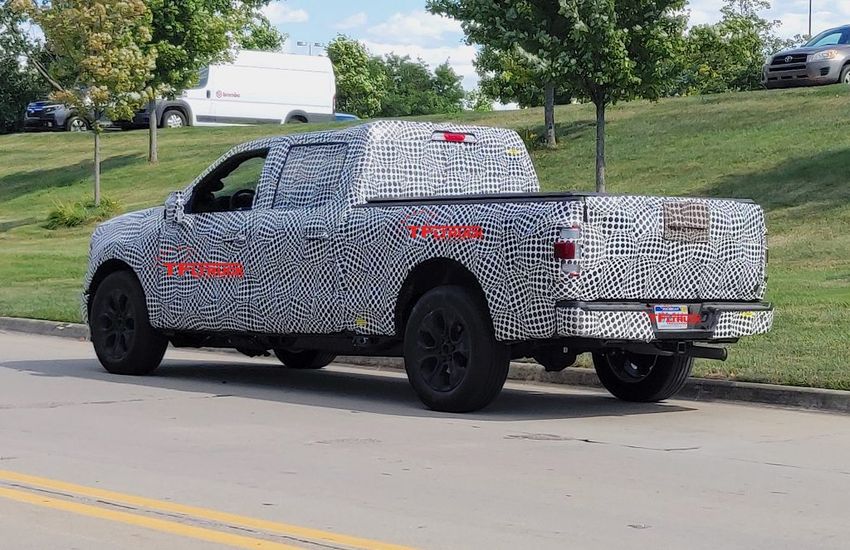 There is an interesting bump on the roof of the cabin, near its end. It is unclear what is its purpose, but there are a few theories. It may be an aerodynamic feature or simply a part of the camouflage, which isn’t unheard of.

Ford seems to be very serious about making a switch to all-electric vehicles in the near future. They have recently released a promo video featuring all-electric F-150 easily towing a train weighing some 1.25 million pounds., trying to dispel all notion about electric vehicles’ lack of power. 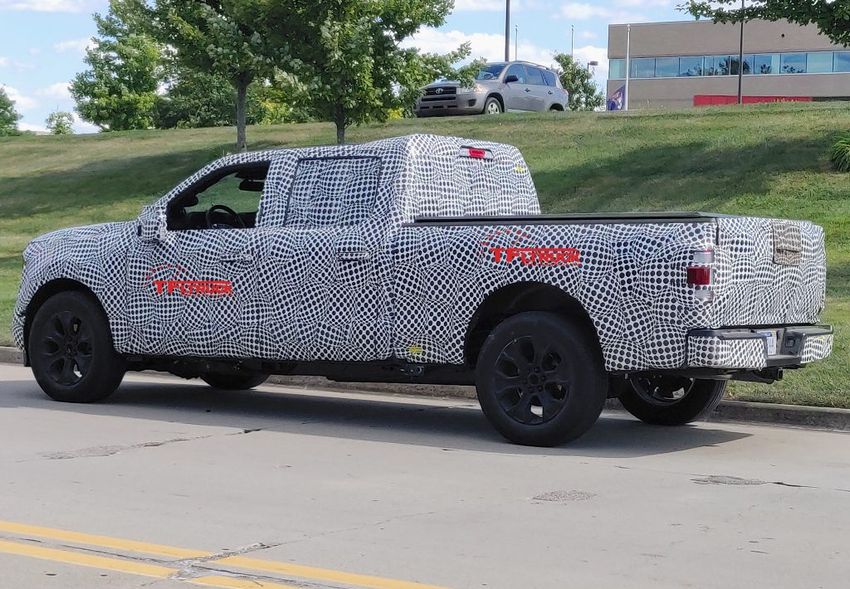 To this end, they have invested $500 million in Rivian, an upcoming electric truck and SUV company. In return, they have gained access to the company’s electric components, technologies, and platform. In addition to all-electric trucks, rumors claim that Ford is preparing an F-150 hybrid model as well.


We still don’t know when the new model will be released, but according to the leaked order guide, it won’t be offered to customers in 2022.