Everyone loves some form of art, no matter if it is music, paintings, movies or any other type of artwork. What you like is a personal preference, but we all have to agree that there are some masterpieces that everyone admires. If you are a fan of paintings, then you already know that Van Gogh, Picasso, Da Vinci, and Michelangelo are some of the most famous painters whose artwork cannot be described with words.

If you are a fan of art, then you probably want to see some of the best paintings ever made, and you probably don’t know where to start. Here, we made a list of the best Van Gogh paintings that you have to see. You will learn why they are so special and how to find them.

1. Sunflowers – The Metropolitan Museum of Art, New York City and The National Gallery of Art, London We all know that the painter favored an eclectic array of the subject matter. He made so many revealing self-portraits and enchanting night scenes, but Van Gogh loved painting still-life. His sunflowers gave him great comfort in contemplating.

Did you know that there are two series starring sunflowers by Van Gogh? The first collection features four paintings, and in it, there are close-up studies of cut sunflowers resting on a surface. This collection is known as Paris Sunflowers. The second collection, Arles Sunflowers, features a five-piece series showcasing the flowers popped up in vases.

These paintings can be found in institutions all over the world, and if you want to see two of the most well-known paintings of these series, you can find them at New York City’s Metropolitan Museum of Art and London’s National Gallery of Art. 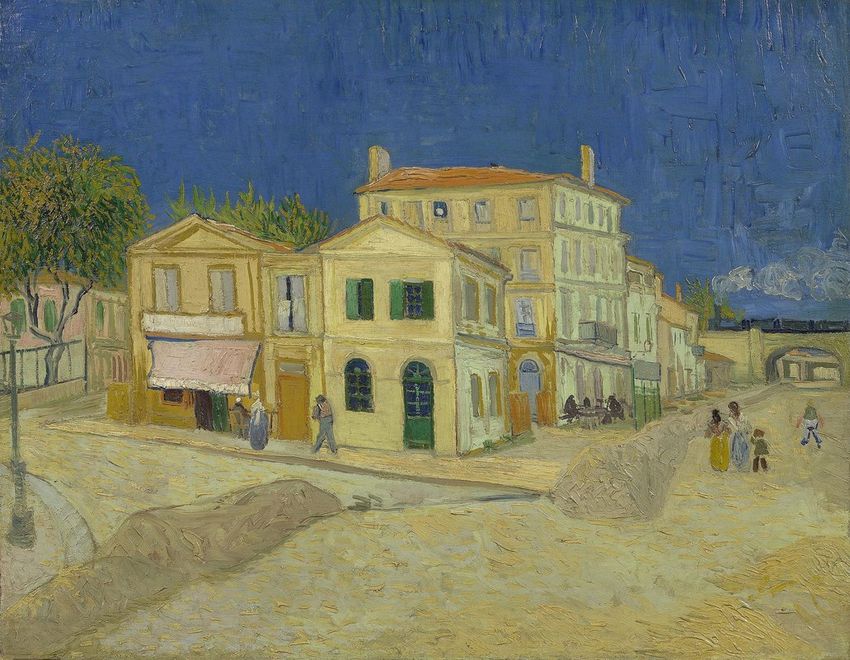 As you probably know, if you are a Van Gogh fan, he lived in Arles, a commune in the South of France, for about 14 months. During this time, he wanted to establish a shared studio so that he and his contemporaries would be able to paint without being disturbed.

When he was attempting to realize his dream, he rented 4 rooms in the Yellow House. This two-story home was located at 2 Place Lamartine.

Unfortunately, this place was destroyed during World War II. In September of 1888, long before the war, Van Gogh immortalized this stunning place in a painting. If you want to take a look at the Yellow House, you can do that by visiting the Van Gogh Museum in Amsterdam. 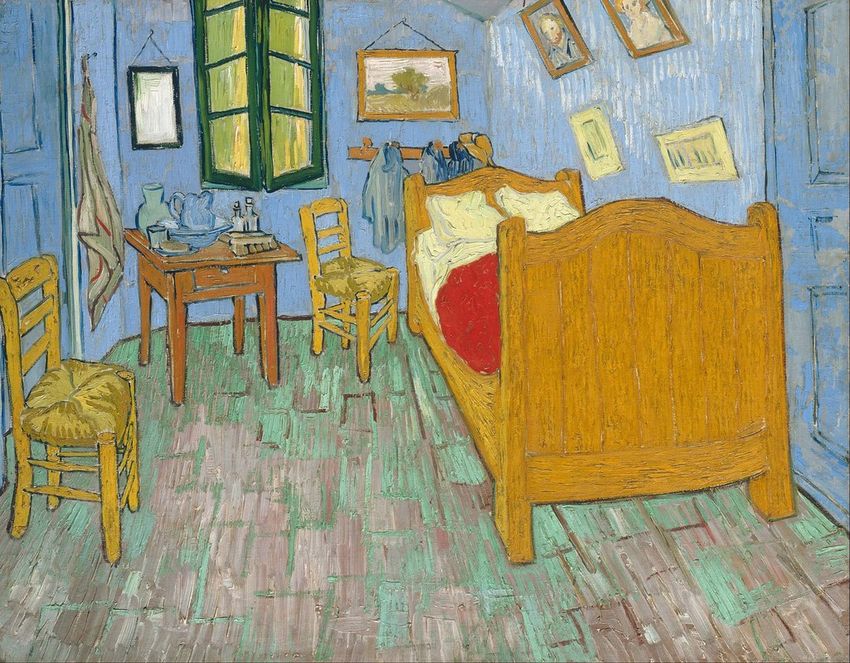 This is another painting that you can find in the Van Gogh Museum in Amsterdam. While he was living in the Yellow House, Van Gogh found inspiration in an unlikely source. The source was his bedroom and he painted this room three times. He paid particular attention to color in each instance.

When he completed the first rendition, he described the palette to his brother Theo in a letter. A part of the letter, that captures his feelings: “I have painted the walls pale violet. The ground with checked material. The wooden bed and the chairs, yellow like fresh butter; the sheet and the pillows, lemon light green. The bedspread, scarlet coloured. The window, green. The washbasin, orangey; the tank, blue. The doors, lilac. And, that is all. . . I have depicted no type of shade or shadow; I have only applied simple plain colors, like those in crêpes.”

4. Starry Night Over the Rhône – The Musée d’Orsay, Paris

The famous painter painted Starry Night Over the Rhône less than a month after completing Café Terrace at Night. He wanted to paint at night, and for this painting, he left the busy city center behind and Van Gogh settled along the banks of the Rhône River.

From that place, he was able to see the gas lamps across the water and they echoed the twinkling lights of the stars overhead.

In this painting, you can notice his interest in color, from the mauve ground to the aquamarine sky. Even though the energetic brush strokes and the luminous tones fill the scene with energy, the painting in exceptionally calm. As suggested by meisterdrucke.us, this picture is a lot different than the famous Starry Night that Van Gogh painted the following year.

If you want to see this painting, you should visit Paris and the Musée d’Orsay, as it is part of their permanent collection. 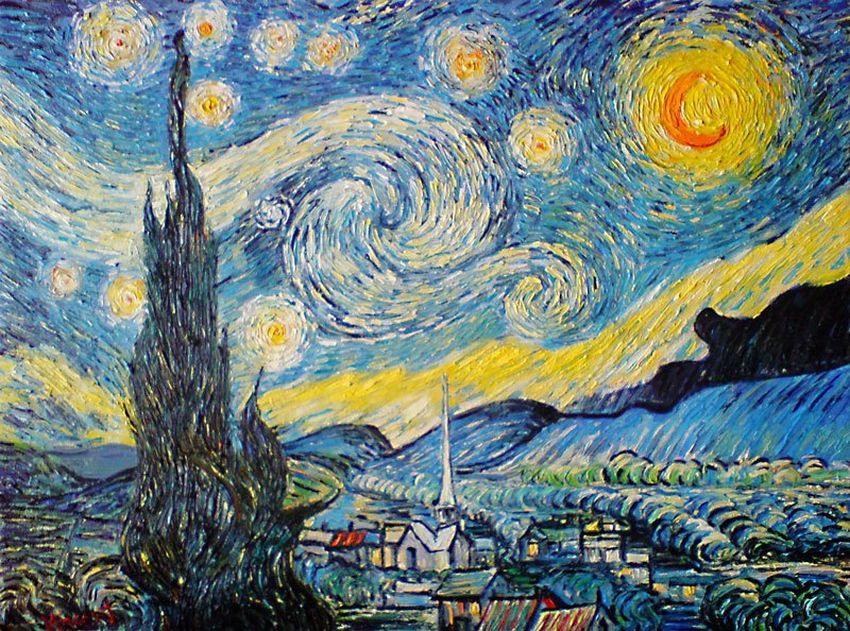 You are probably familiar with the fact that the famous painter suffered from mental health issues throughout much of his life.

There were a lot of unfortunate incidents in Van Gogh’s life and one episode resulted in the artist severing his own ear. In the late 1880s, the painter checked himself into a mental health facility in the South of France.

While he was locked in the asylum, he completed 150 paintings. They included The Starry Night, a nocturnal landscape that was painted through his iron-barred window.

In 1941 the Museum of Modern Art in New York City acquired this world-famous painting and if you want to catch a glimpse of it, you should go there.

One thing you should be aware of is that there are always too many people who are trying to see this masterpiece, so you should pick the time and date wisely.

Is Van Gogh your favorite painter? Have you ever had the chance to look at his artwork up close? No matter if you like his style or not, we have to admit that his artwork is worth seeing if you have the chance.

So, why don’t you combine your next vacation with the possibility to look some of these masterpieces up close? When you see at least one of these paintings in real life, your whole life will be changed and that’s going to become a story that you will share with the people around you.

Do you have a favorite painting? Most people cannot afford to buy their favorite paintings, but they can at least hang a picture or a poster of them. Combine it with a cool frame and you will feel like you are at a museum from the comfort of your own home.