If you are in the quest of upgrading your gaming gear, you should definitely consider the most important part of your hardware, the graphic processing unit or GPU. A graphically demanding game requires a highly capable graphics card. So, if you need to upgrade your gaming gear, note that NVIDIA has released their latest graphics card which was trimmed down to a memory of 11 GBs and lowered the Bus Width of 352-BIT.

As there are various brands which make NVIDIA components, it can be quite challenging to find the best NVIDIA GTX 1080 Ti GPU’s for your gaming PC. So, we’ve made a thorough research and come up with the best GTX 1080 Ti cards for 2019.

This is a completely new line of GPUs which provides an improved and unique gaming experience. The ASUS ROG STRIX GeForce GTX 1080TI is the world’s fastest gaming GPU as it’s powered by NVIDIA Pascal. It comes with a memory of 11Gb and a clock speed of 1708MHz. 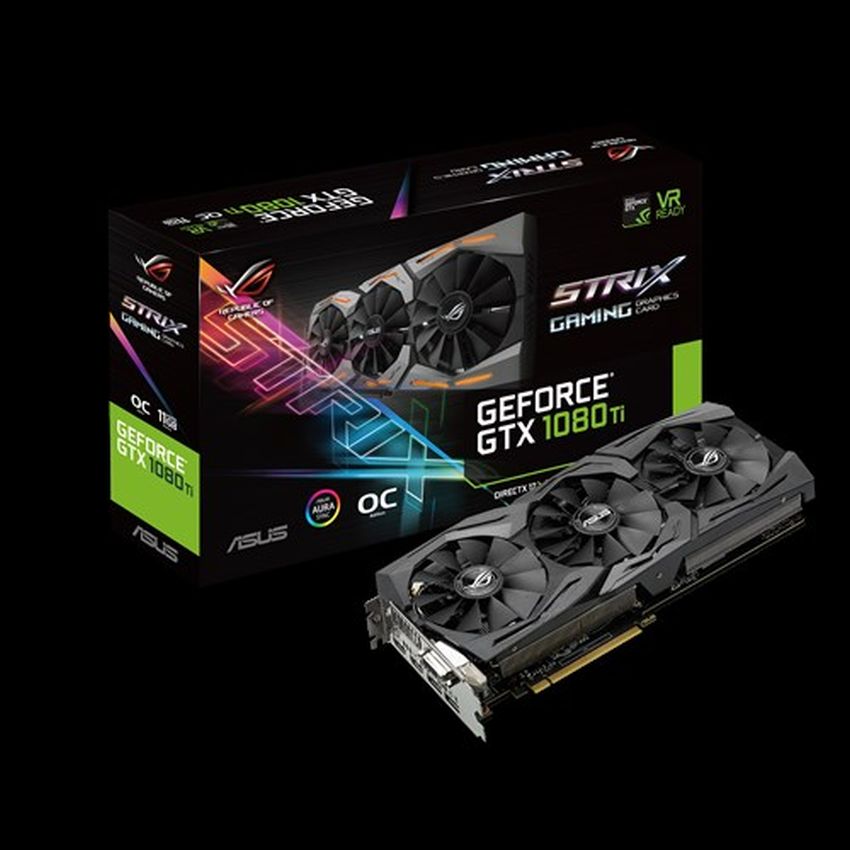 Moreover, this unit comes with a wing-blade design which ensures maximum air flow and better cooling. This wing also adds more static pressure over the heat sink. It is an extremely quiet model and it features a MaxContact technology which is, in fact, an enhanced copper heat spreader that keeps the GPU cool.

The ASUS ROG-Strix GeForce HD Gaming also features an RGM lighting which will make your gaming rig look very attractive. What’s probably best about this card is that it provides an ability to enjoy 5K gaming and it is VR ready. This quiet and lightweight unit has only one downside and that’s the price.

This is one of the best graphic cards on our list as it has been crafted for perfection. It is based on the revolutionary NVIDIA Pascal architecture and provides a unique gaming experience than any other GPU. 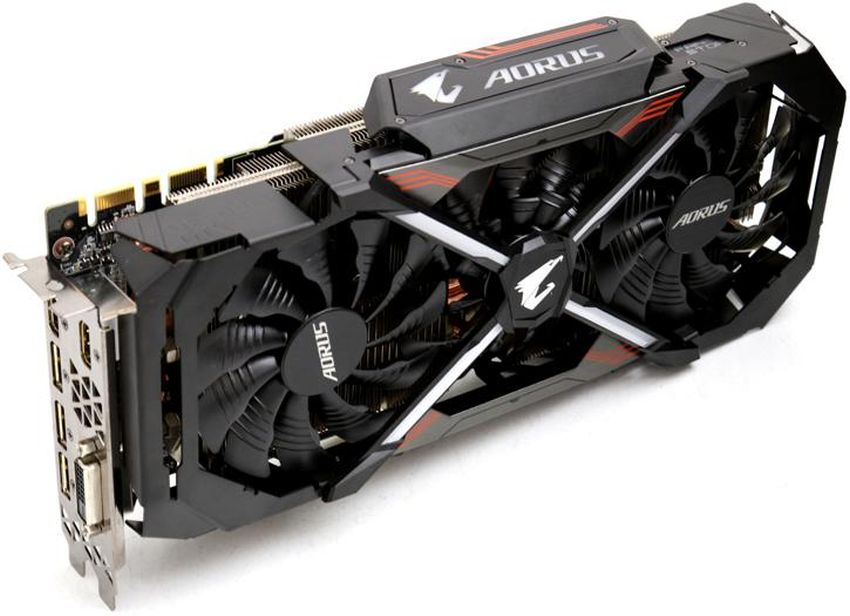 The Gigabyte AORUS GeForce GTX 1080 Ti Xtreme Edition comes with the best cooling options as it easily dissipates the heat from the GPU and VRAM with the large copper base plate.

You can easily enjoy your VR thanks to the 2 rear HMDI ports and enjoy the flexibility to connect the VR up to two monitors. This unit comes with a protective metal back plate that gives additional strength. It is an ultra-quiet model with average power consumption which is extremely fast. However, when considering this model you should have in mind that the bundled software is not the best for overclocking. 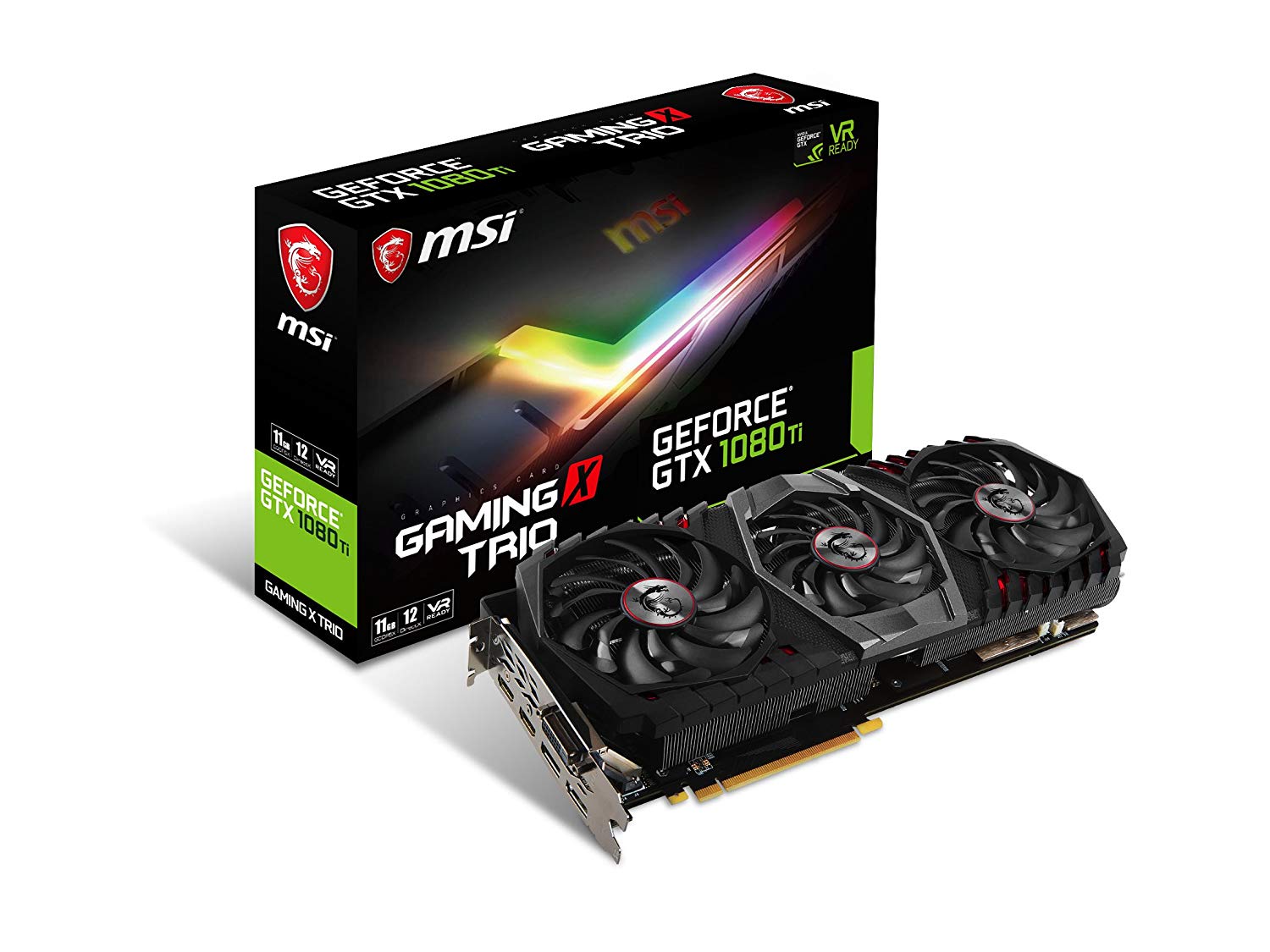 If you want ultimate gaming performance, you should definitely consider this unit. It has been created with the latest gaming technologies in mind and can be used with multiple monitors, VR, and ultra-high resolution. This GPU offers smooth gaming while drawing less power than similar models.

So, this power-efficient GPU also features cool LED effects and award-winning TORX 2.0 fans that provide sufficient cooling. Moreover, this model features a steeper curved dispersion fan blade which accelerates the airflow and increases the cooling. The fast and impressive performance will leave all gamers speechless. However, its only setback is the large size, which makes it hard to fit it in some cases. 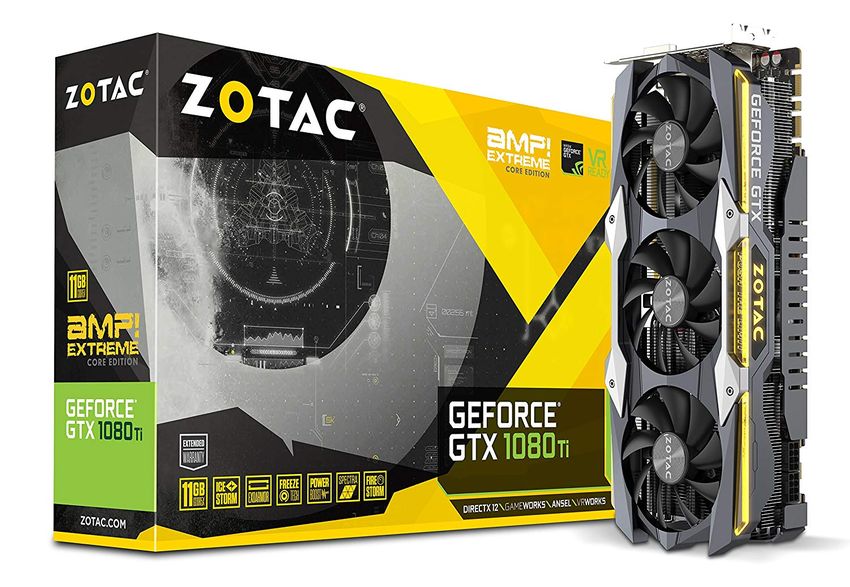 This GPU offers a dominant performance so you won’t experience any gaming power or performance issues. It is powered by NVIDIA architecture and can handle any game you might have. It works great with virtual gaming, as well as, ultra-high resolution monitors. The VR performance is out of this world.

The ZOTAC GeForce GTX 1080 Ti AMP Extreme Core Edition comes with multiple ports, including one HDMI, three DisplayPort, and one DL-DVI-D port. This unit comes with a boost clock of 1721MHz which is top speed for GPUs. It is an impressively build quality model which can be purchased for a very reasonable price. The only downside some users noticed was the VRM noise which can be bothersome.

This is a completely refined GPU which has been designed with the NVIDIA’s Pascal technology. It comes with 12 billion transistors and 3852 CUDA cores for better performance and can be used for any gaming purpose. Additionally, it has an impressive factory speed of 1.6 GHz and it allows for overclocking.

You can easily connect the unit to your monitors thanks to the three DisplayPort and HDMI ports, as well as, there’s a DP-DVI adapter in the box for older monitors. The design of NVIDIA GeForce GTX 1080 Ti – FE Founder’s Edition is outstanding as it features a die cast aluminum construction which is highly durable. However, the fan can be quite noisy, which can be tiresome at times. 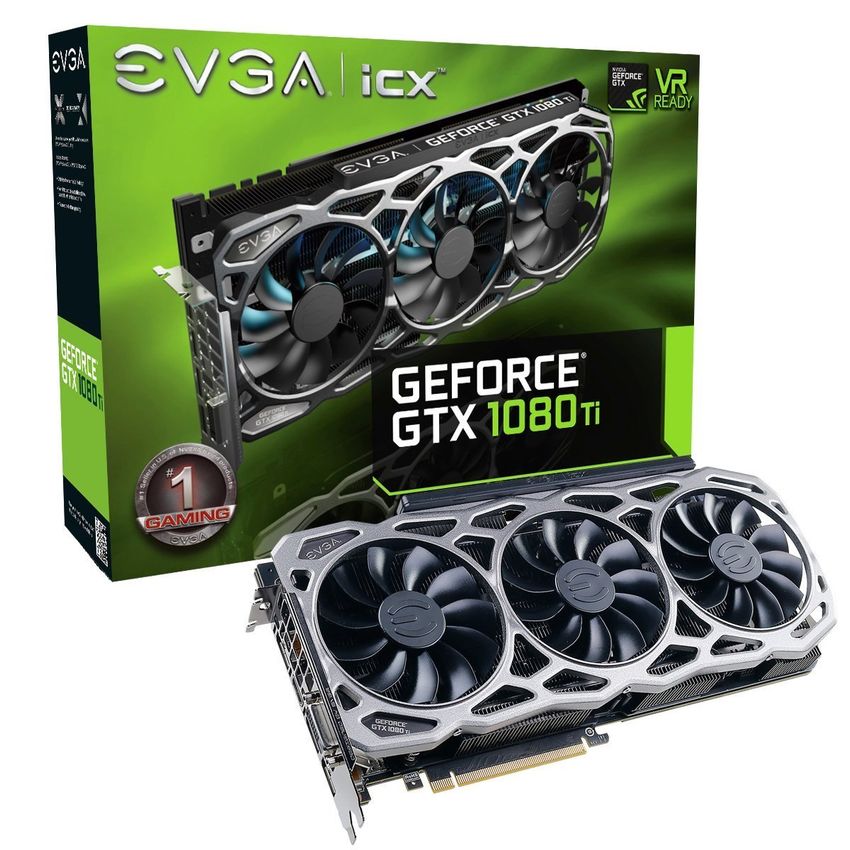 This model has been based on the pascal platform and it’s all about performance. This GPU is a great value for money and provides a wide range of features. Its attractive design is what makes this card superb, as well as, the RGB lighting, which has boosted the sales. So, you can set up the color scheme and enjoy your favorite LED colors while gaming.

The EVGA GeForce GTX 1080 Ti FTW3 Graphics Card comes with 9 temperature sensors which prevent overheating. Additionally, there are three big fans and a new vented heat sink mounted on which deploy even cooling. Plus, it comes with a multitude of ports, including three HDMI, three DisplayPort, and a DVI-D. Nevertheless, its price is a bit on the higher end.

Using the best GPU when setting up your gaming rig will help you enjoy an ultimate gaming experience. You should pick a model which suits your needs and fits your budget. Nevertheless, whatever graphics card you choose from our list, you won’t regret it.