As you all know, one of the most important components in building your PC setup is the motherboard. This device is there to connect all other components into one unit and maintain the stability of such system. In addition to affecting the performance and choice of other components, the motherboard can also have an aesthetic aspect if it has RGB lighting, which we believe is particularly important to gamers. However, as we said, buying a new motherboard will determine your processor platform, and AMD and Intel are currently available.

One prefers AMD, the other maybe Intel, anyway, we decided to focus on the AMD chipset, more specifically the X470 motherboards and to show you in the following text what are the best products in 2019. We have to add that the X470 chipset is designed for AMD Ryzen latest generation processors so all products are capable of both playing latest games and overclocking. So, without further delay, let’s get started. 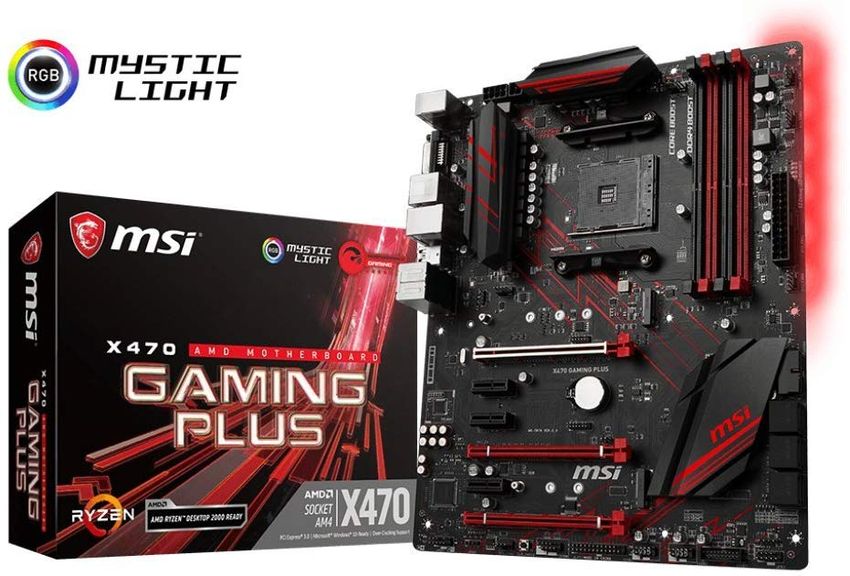 As we pointed out, the X470 chipset is intended for AMD Ryzen processors as well as seventh-generation A-series Athlon units, and one of motherboards for this platform is the MSI X470 Gaming Plus. This ATX motherboard comes with advanced technologies such as XFR 2.0. and Precision Boost 2.0, which are characteristic of the Ryzen platform. Also, overclocking in UEFI BIOS is possible. As for RAM, it is possible to install DDR4 memory at 3200MHz.

Interestingly, CrossFire mode is also available and allows the use of two AMD Radeon graphics cards. In addition, there is a Chemi-Con audio driver, as well as MSI Mystic Light, which will undoubtedly affect the gaming experience. In terms of price, the MSI X470 Gaming Plus can be ordered on Amazon for a reasonable $137. 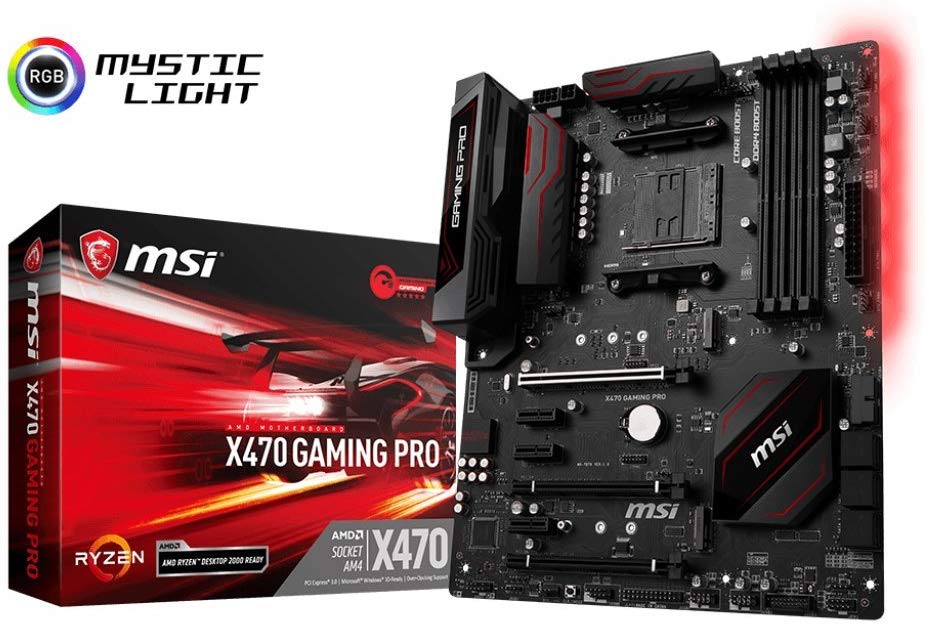 Another motherboard that comes to us from MSI is the X470 Gaming Pro. As you conclude, this is a gaming pedigree device that can also be considered a budget solution because it costs $140, which is really not much considering the quality. According to some testing and reviews we’ve had the opportunity to watch and read, the best combination is to pair this motherboard with a Ryzen 2700X processor.

Also, we have to say that this motherboard is ATX type. When it comes to aesthetic features, the X470 Gaming Pro has RGB headers that, along with the Mystic Light RGB lighting, provide very interesting effects. RAM upgrade is possible up to 64 GB with DDR4 3200 MHz units. Thanks to two PCI Express x16 slots, you can embed dual GPU in your PC setup. Overall, the X470 Gaming Pro is not the best available X470 motherboard, but it may be considered one of the best choices for this price. 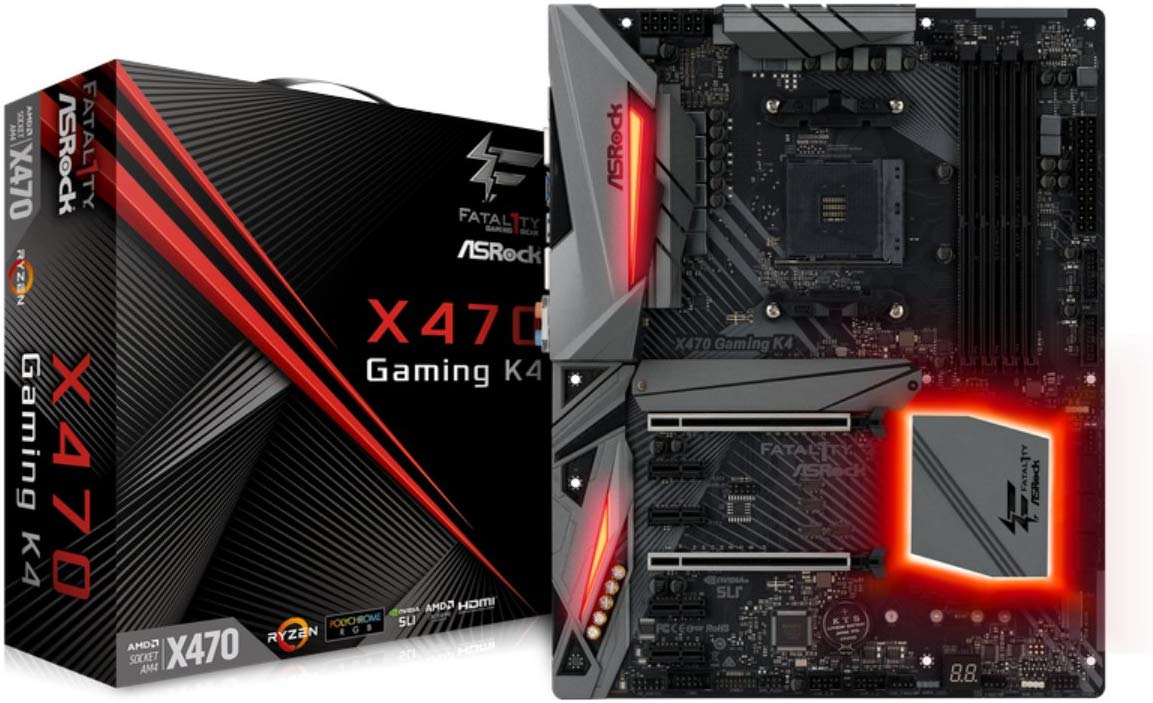 When it comes to ASRock, this is one of the most trusted companies in the computer components industry. One of the quality products by ASRock is the X470 Gaming K4 motherboard, which is one of the best currently available solutions for the AMD Ryzen series processors. This is first and foremost because of some features that are not very typical of this price tag, such as metallic heatsinks and RGB lighting on them.

However, the normal for this price is 3466 MHz RAM, two PCI Express x16 slots and RGB lighting. We also have to mention Creative SoundBlaster Audio, which is excellent if you play games or watch movies. As for the price, the X470 Gaming K4 is available for $179 on Amazon. 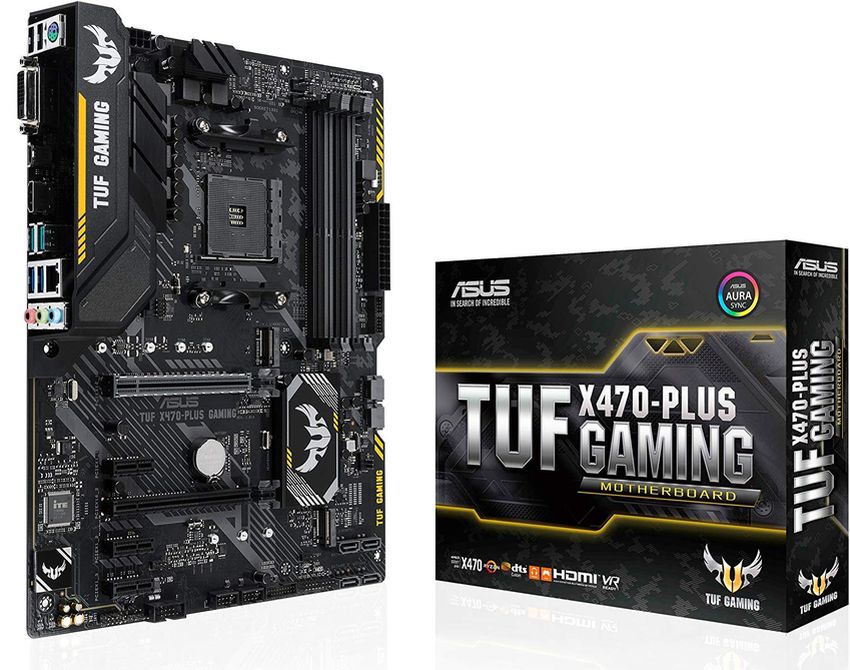 When it comes to the Asus company, there is no doubt that, with some other big names, they are leaders in the gaming component industry. The products specifically intended for gaming and which are definitely the highest quality ones belong to the TUF and ROG lines. In particular, the X470-Plus Gaming belongs to TUF and is characterized by exceptional build quality.

However, what most gamers would probably find flaw is just one RGB header. Quite simply, the gaming product must be RGB. RAM can be upgraded with 3200 and higher MHz units. As for connectivity, there are HDMI 1.4b and DVI-D ports, PCI Express x16 slots, and M.2 slots. Of course, there is Aura Sync RGB. If you think this is the right motherboard, order it on Amazon for $135 as one of the cheaper solutions. 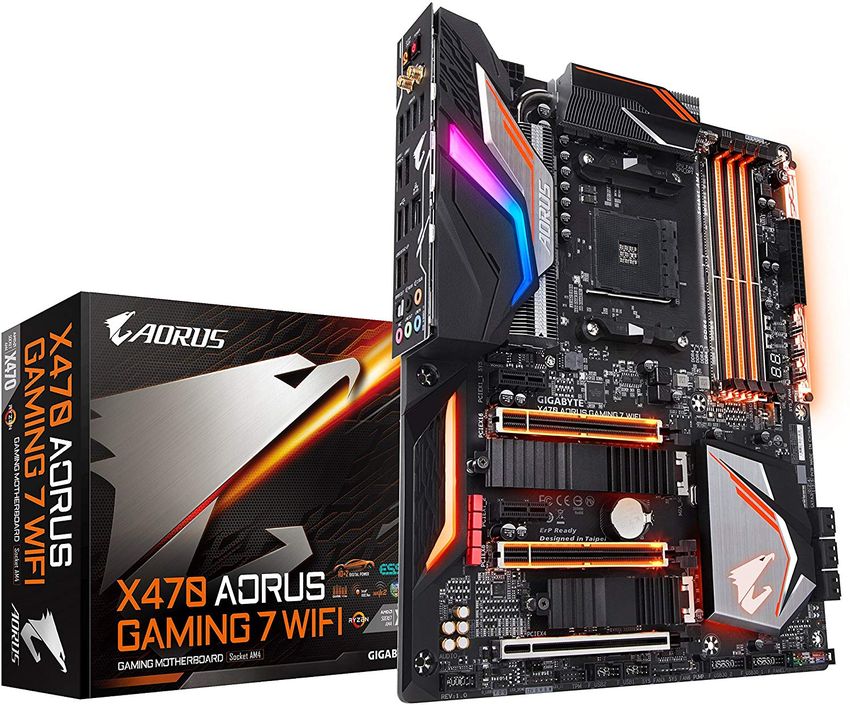 Unlike all the devices mentioned so far, the Gigabyte X470 Aorus Gaming 7 is one of the most expensive ones we’ve come up with. The current price of this motherboard is as high as $280, which hints at a high-end component. The presence of 10+2 VRM design is useful if you want to overclock the processor but also for maintaining system stability.

As far as connectivity is concerned, Intel 802.11ac Wave 2 Wi-Fi is present as well as Gigabit Ethernet. Also, worth mentioning are the CMOS clear switch, LED malfunction indicators and the swappable BIOS chip. However, one thing that was a problem for the users is BIOS that could have been improved. Still, this doesn’t detract from the fact that the Gigabyte X470 Aorus Gaming 7 is one of the best motherboards for the AMD Ryzen platform. 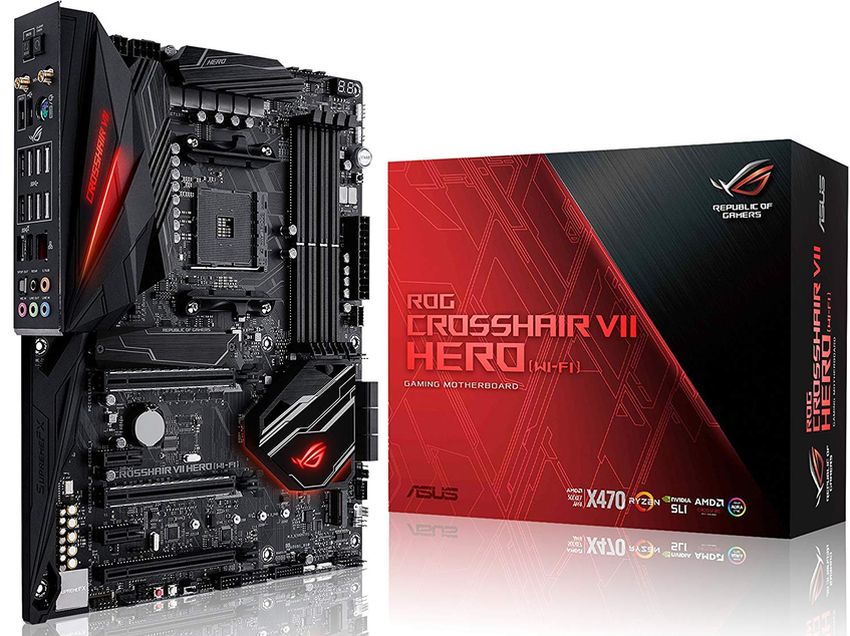 The last but not least X470 motherboard on our list is the Asus ROG Crosshair VII Hero. As mentioned earlier, the ROG line has a large selection of high-quality gaming components, one of which is this one. The $300 price tag is perhaps a lot, but this is the best motherboard for the AMD Ryzen platform with many useful features.

There are metal heatsinks, M.2 and two PCI Express x16 slots for two graphics cards, a POST code indicator, etc. As for RAM, this device can host up to 64 GB of DDR4 memory at a frequency of 3,600 MHz. Also, we shouldn’t forget the Aura Sync RGB lighting for a full gaming experience. All in all, the conclusion is that the Asus ROG Crosshair VII Hero offers by far the most compared to its competitors, but high pricing can be a problem.