Many of the car and truck collisions we see or read about in the news involve two vehicles, one operated by a reckless driver who has made poor decisions. But many crashes also occur when only one driver is involved, with no one else around.

A bad decision, poor driving conditions, or a freak incident can cause a single crash with dramatic consequences. If you want to be safe while driving, it’s vital to know the risks you face.

In a single vehicle collisions, you’re most likely to experience a crash based on one or more of the following criteria:

When a flat tire occurs during a drive in town, it’s typically not a big deal. You can safely apply the brakes and pull over to avoid a collision and injury.

But when vehicles travel at high speeds, have to negotiate a sharp curve, or even run over a pothole, they may end up flipping in the wake of a tire blowout. According to Michael P. Fleming & Associates, P.C., this danger is particularly apparent in larger vehicles.

“Tire blowouts on SUVs in particular can cause rollover accidents,” says a blog post on the firm’s website. “The summer heat … can be unbearable at times. It affects our vehicles as well our tires. Moreover, under-inflation, inadequate tire pressure, overloading of a vehicle, and potholes on the road can all cause tire blowouts.” 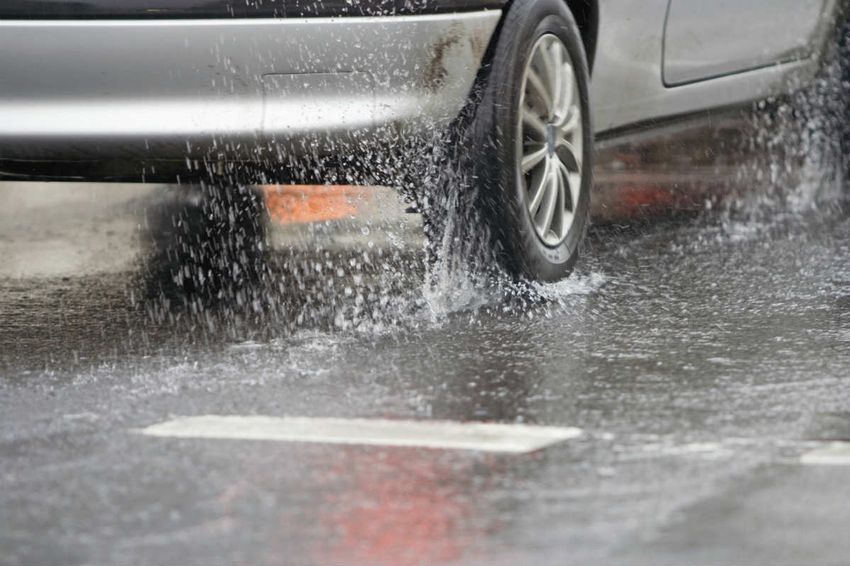 Icy roads, drifting snow, wind, heavy rains, and other adverse weather can send your car off the road with little or no warning. Suddenly you find your vehicle skidding and you have no control of it until you roll or smack into a pole on the shoulder.

Driving safely in varying weather conditions compels you to make judgment calls. You might choose to slow down substantially, even on a high-speed freeway.

Maintaining your vehicle with excellent tires, an anti-lock brake system, good windshield wipers, and other essentials will also keep you safer on the roads. If the weather is particularly bad, try to stay home if you can. 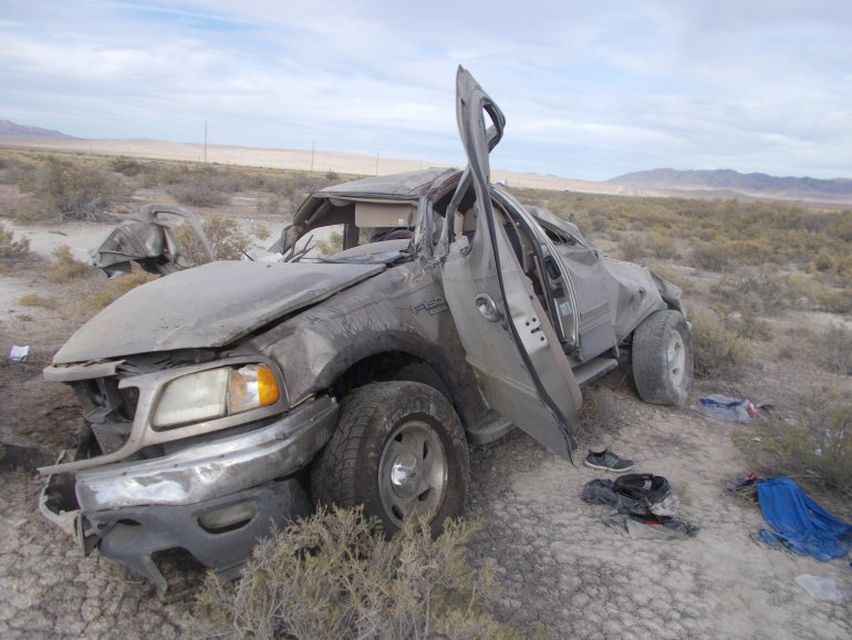 Many collisions that involve a single vehicle have been caused by an overcorrection. Any sequence that leads to a driver wandering off the road and having to jerk the wheel back to center may cause the vehicle to flip, especially if you’re traveling at a high speed.

Racing around curves or taking turns too sharply may also result in flipping the vehicle. Such incidents tend to cause severe car damage and a higher rate of injuries. 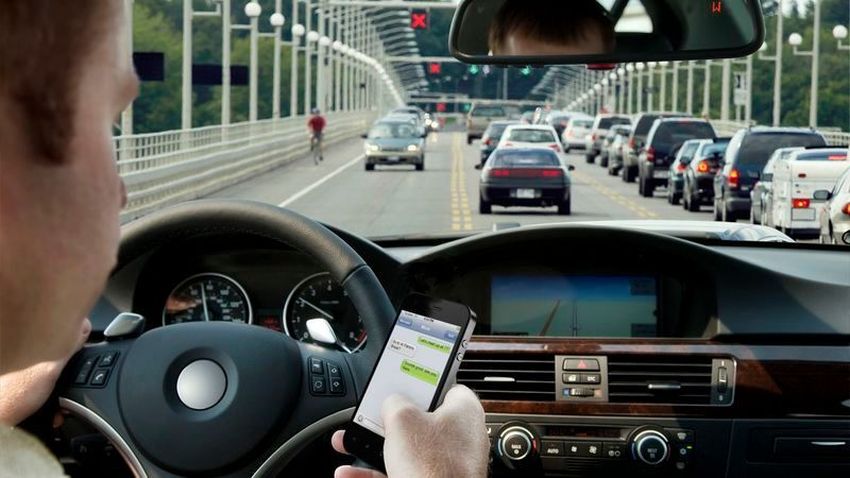 Now the leading cause of accidents in the U.S, texting while driving is unfortunately common. “Texting is the most alarming distraction [for drivers],” reports the National Highway Traffic Safety Administration (NHTSA),.

“Sending or reading a text takes your eyes off the road for 5 seconds. At 55 mph, that’s like driving the length of an entire football field with your eyes closed.”

Unfortunately, the results are too often deadly. The NHTSA reports that in 2017 alone, more than 3,100 people were killed in incidents that involved someone texting while driving. 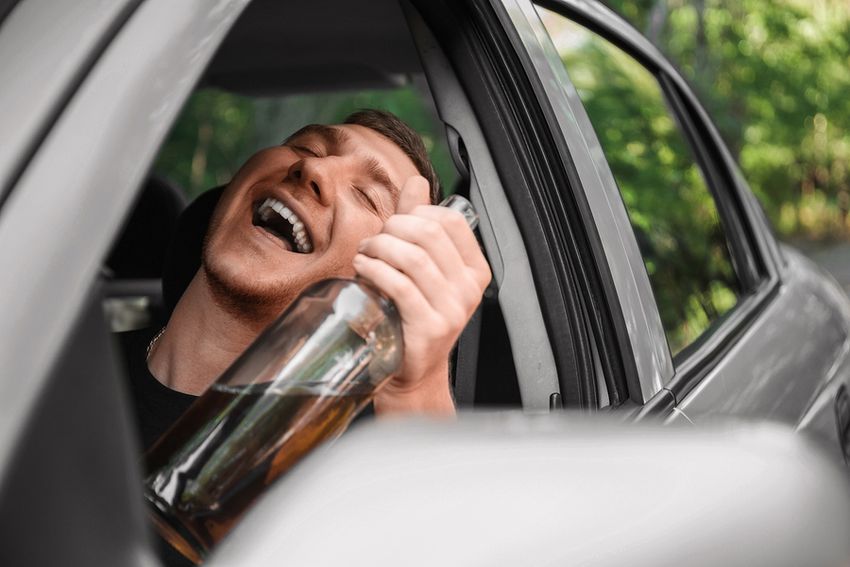 Once the leading cause of crashes in the United States, drunk driving is now the second most dangerous practice of Americans at the wheel. Impaired awareness can lead to the car running off the road, an over-correction, and even collisions with stationary objects because the car was put into the wrong gear. 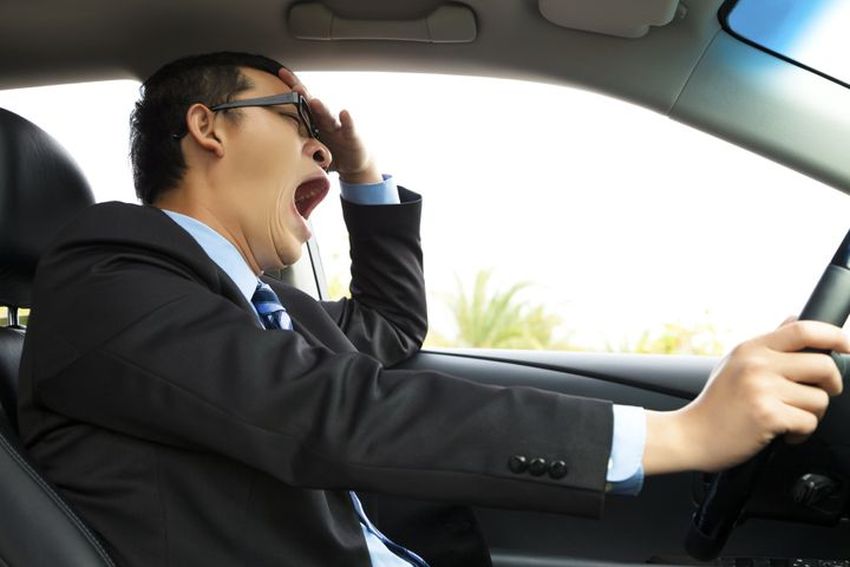 It might surprise you to learn that drowsy driving is at least as dangerous than drunk driving — if not more so. Drivers who have not gotten adequate sleep, whether because they were up all night, working late, or driving into the wee hours, pose a threat to themselves as well as other people.

According to the National Sleep Foundation, “… sleep deprivation can have similar effects on your body as drinking… Being awake for 18 hours straight makes you drive like you have a [BAL] of .05 (for reference, .08 is considered drunk). If you’ve been awake for a full 24 hours and drive — say, after a night where you just couldn’t fall asleep — it’s like you have a [BAL] of .10.”

Falling asleep at the wheel can cause drivers to run off the road, and not wake up until it’s too late. It could also lead to an over-correction, which can flip the vehicle. 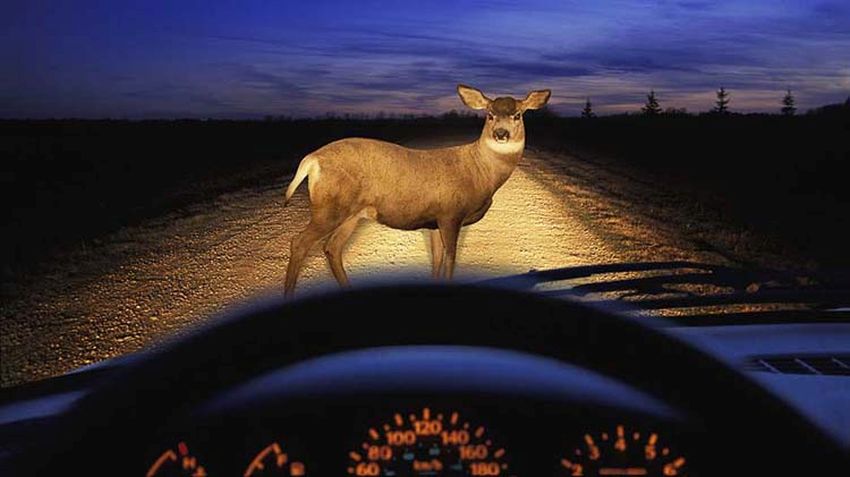 Driving on highways or country roads that are distant from highly populated areas will increase your chances of hitting wildlife such as deer, elk, or cows. These animals often jump out without warning and can cause heavy damage to the vehicle.

It’s essential to be particularly alert when you drive through areas where animal crossings are common if you hope to avoid a collision.