9/11 was an awful tragedy, and America stills feels its repercussions. Before individuals get on airplanes, we check for weapons much more thoroughly. We guard the airspace around New York City more carefully, and other major cities as well.

However, there is no changing what happened that day almost twenty years ago. Many died that day, but many more have died since then. Often, it is because they breathed in the toxic cloud that covered downtown Manhattan in the days and weeks after the attack.

That cloud contained many chemical irritants, such as glass, steel particles, and asbestos. Breathing it in was deadly, but many of the first responders did not think about that.

In this article, we’ll talk about the 9/11 Victim’s Compensation Fund, as well as some of the individuals who can access it. 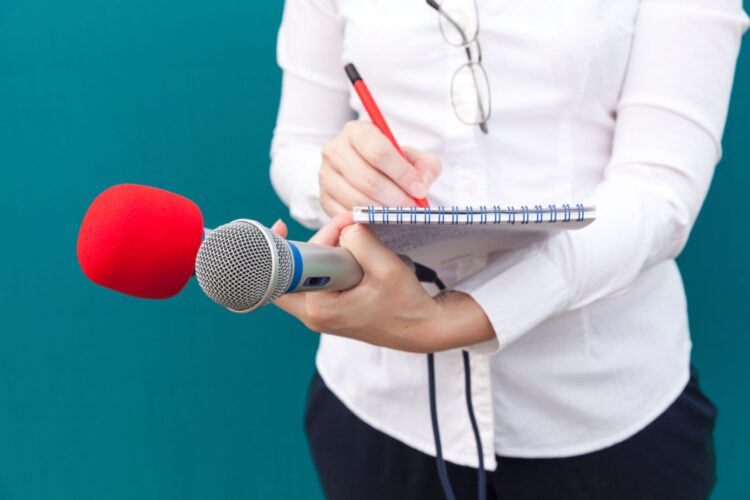 When people think about first responders, they don’t often think about journalists. However, journalists go where the action is, and it’s a dangerous job. When the planes struck the Towers, many journalists:

A Scientific American article stated that the Ground Zero site continued to smolder until December 19th, 2001 as reported by 911cancerclaim.com. It was the jet fuel that did this.

This was part of what caused the toxic cloud that continued to emanate from the site. The wind caused it to billow around, and many reporters were there, close to the wreckage, breathing it in.

They didn’t think much about it at the time. This was just another story for them, albeit one of the incredible ones most of them had ever encountered.

They are one of the groups who, years later, are contracting cancers and respiratory issues. That is why Congress set up the 9/11 Victim Compensation Fund.

Journalists who covered 9/11 and are now getting sick are one of the groups that should take advantage. They may need help paying for their medical bills. 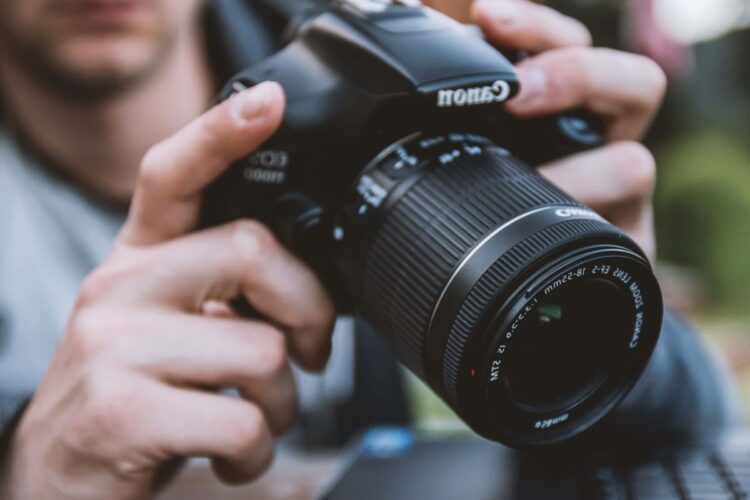 Camera operators covered 9/11 as well. They went in teams with reporters, standing by and breathing in the same toxic dust cloud. Some of these reporters:

You can’t fault the camera operators for not wearing masks, though, or for wearing insufficient face coverings. They had no way to know how deadly the toxic cloud was.

Indeed, some of them have not shown symptoms for many years. However, you can show mesothelioma signs many years after contracting it. Often, it’s breathing in asbestos that causes it.

Many of these camera crews no longer live in New York City, if they ever did. They might have gone to different cities, states, or even countries, in some cases.

However, if any of them covered this story, and now they’re getting sick, there is no reason they should not apply to the fund and get compensation. Their illness risk is much higher because they covered this particular event.

Police officers, like James Zadroga, helped in the days and weeks after the attacks. Many of them got on the pile and tried to shift the rubble. They wanted to rescue the individuals who they knew might still be alive.

Even when they were not sure of further survivors, they worked on tirelessly. Unfortunately, like the camera crews and journalists, they breathed in the toxic cloud.

Some of these police officers have retired by now. After all, this event took place almost twenty years ago. Still, some of them are only now showing exposure symptoms.

They should certainly get money from the fund if they have medical expenses now. They showed extraordinary heroism, and we should not forget them. 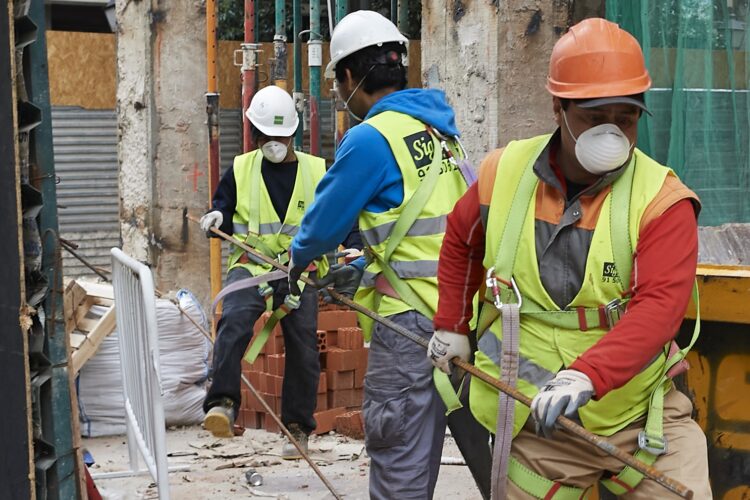 The city also brought in many construction crews and engineers after the attacks. These individuals used their expertise to shift the rubble as safely as possible. It was a monumental task, given the job’s immensity.

Some of these crew members even came from out of state, from as far away as New Jersey and Pennsylvania. They responded to the call to help their fellow citizens.

Many of them breathed in the dust as well, and they can get compensation if they’re suffering years later. 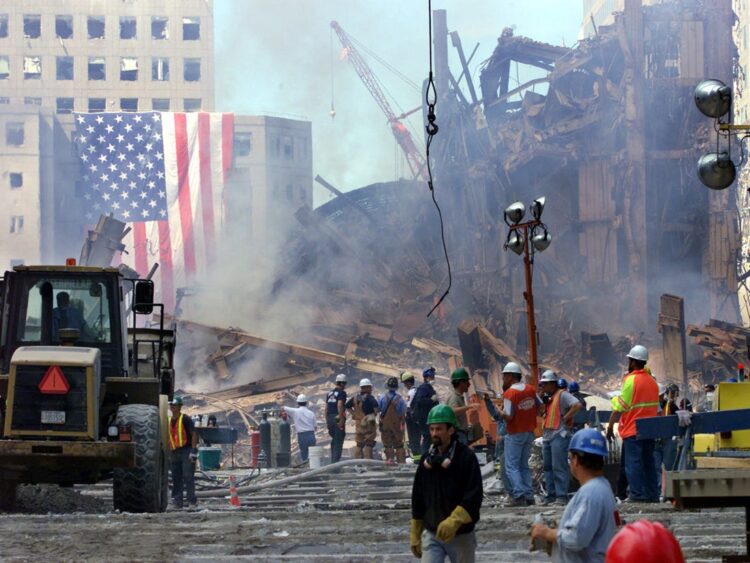 Many workers came back to their jobs in the days and weeks after the Towers fell. Some sold newspapers. Others worked in restaurants or stores. There were transit workers and store owners.

These individuals were not thinking about heroism. They were only trying to support themselves. They did not work in the pile, but they were close to it.

Like so many first responders, they breathed in the toxic cloud as well. The wind swept it up and moved it all over the area, and these unknowing individuals inhaled it.

Some of them will probably be okay if they limited their exposure. However, even a little exposure to such deadly chemicals is worse than none.

These individuals can get money from the fund as well if they can establish that they worked in the area, and their condition is one of those the fund covers. They can often prove they worked there through pay stubs and employment records. 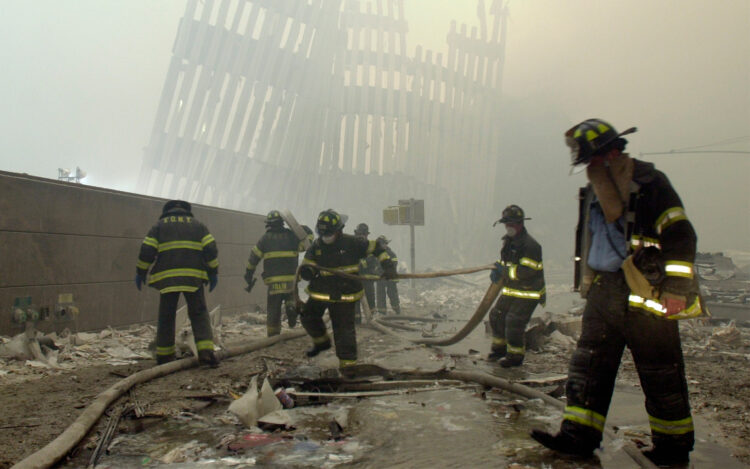 The NYC fire department paid a heavy toll on 9/11. Many perished trying to rescue individuals when the Towers fell.

Heroism is part of a firefighter’s job, and danger is as well. This was an unknown danger, though. Many of them were not wearing protective masks, and if they were, they might not have had them on the whole time they worked in the rubble.

Firefighters are definitely a group that can use the fund if they’re sick now. They do deserve all we can do for them as payment for their selfless actions, not just that day, but in the days and weeks afterward.

Other individuals helped in the cleanup afterward, and many of them can apply. We should not leave anyone out if they assisted the fallen during one of America’s most desperate hours.