Netflix has a lot of movies in its catalog, both original and sequels. But this doesn’t mean that all are great. In truth, some sequels are just not good enough, making you wonder what the creators and directors were thinking. Keep reading to discover the best new movies on Netflix with awful sequels.

The first Charlie’s Angels film features the crime-fighting trio of three women who use everything in their arsenal to complete their missions. Their boss calls upon them to infiltrate a devious mastermind with a plot to destroy individual privacy. The girls use martial arts, tech skills, and even sex appeal, but they become a target of assassination when their secret is revealed.
The 2003 sequel, Charlie’s Angels: Full Throttle, offers nothing special, and the rest is more the same as the first film. The sequel is less witty, but Demi Moore provides a standout performance. You can check out other best Netflix movies on ScreenBinge.

Child’s Play is one of the classics and among the best movies on Netflix. In this film, Andy Barclay is transferred into a foster home after the horrific events of the first film that saw his mother admitted into a psychiatric hospital.

At the same time, the makers of Chucky reconstruct the doll to prove that there was nothing wrong with the product. But in doing so, they unknowingly channel the soul of the serial killer Charles Lee Ray back into the doll. Chucky, who wants to find Andy, leaves a lot of bodies on his trail.

However, this film’s sequel, Child’s Play 3, is awful and leaves a lot to be desired. It was released less than a year after Child’s Play 2 and didn’t have the same thrill and scares.

Kisha becomes possessed, but Malcolm wants to keep his sex life going, so he turns to a psychic, a priest, and a ghost-busting team for help. This film has an excellent plot and is funny, but the same cannot be said about A Haunted House 2. The second installment is worth a chuckle or two, but that’s just about it. The movie features crude gags that don’t make sense.

This 1997 film is a horror sci-fi film about a disease carried by cockroaches, that’s killing children in Manhattan. To stop the epidemic, entomologist Susan Tyler creates a mutant breed of insects with a secretion that can kill the children-killing roaches. She engineers this mutant breed to die after one generation, but she gets the shock of her life three years later.
She discovers the mutants have not only survived but evolved into gruesome monsters that can mimic human form.

Mimic 2, the sequel to this film, is outright terrible and is not worth the effort. Maybe it has something to do with giant cockroaches standing on their hind legs that you’ll have enough of after watching the original. 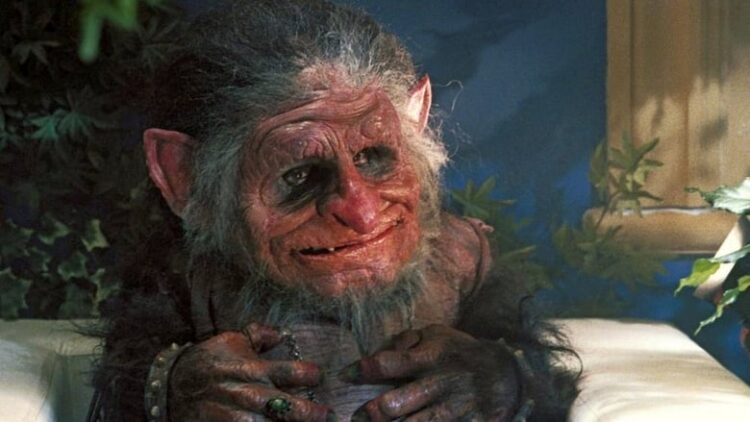 This film on Netflix is about a wicked troll searching for a mythical ring to fulfil his wish to transform into a human. The Troll invades a San Francisco apartment complex where a powerful witch lives.

The sequel to this film, Troll 2, was released in 1992 and is a step down from the original. Everything about the film is awful, from the poor script, stale acting, and worse special effects than its predecessor.

Paul Blart is well defined as a well-mannered man who works as a security guard in a busy New Jersey Mall. He’s always wanted to become a cop but failed the physical exam because he has hypoglycemia that makes him pass out when his blood sugar is low. One day, a group of organized thugs put the mall where he works under siege, and it’s up to him to save the day.

Like the other sequels in this list, Paul Blart: Mall Cop 2 falls flat on its face. Everything that made the first film so good is nonexistent in this film. All this movie does is to keep people laughing at fat men. This sequel is forgettable, and there is no reason for it to exist.

Science fiction movies rock and The Cloveland Paradox seem promising. After all, the movies produced by the famous J.J. Abrams, the guy behind the Star Trek franchise and shows like Lost, Fringe and Alias. But this movie introduces us to the idea that Earth can disappear without warning. This is a movie deserving plenty of explanation but falls short on every attempt. The characters seem underdeveloped and the plot seems rushed.

It’s hard to believe Crouching Tiger, Hidden Dragon: Sword of Destiny is the sequel to a film that garnered several Academy Award mentions. It’s also one of the most culturally influential films of all time and even took home four Oscars.

But the follow-up doesn’t live up to expectations and even though the acting is incredible, the plot doesn’t live up to expectations. Actress Michelle Yeoh reprises her role as Yu Shu Lien and does a great job, but the movie confirms Asian movies shouldn’t be remade in America. Crouching Tiger, Hidden Dragon: Sword of Destiny is an okay movie but you watch it expecting to be blown away.

The actors do their best but the plot is underdeveloped.

An original film can capture an audience and keep them waiting for the sequel. However, some sequels are just awful and can’t keep the momentum of the original going at all. The films on this list are amazing, but you should not waste your time watching the sequels because you’ll be disappointed. Or you can watch these sequels to confirm they indeed suck.