Bobby Bones, born as Bobby Estell is a famous American radio personality. He is best known for hosting his own country music radio show, The Bobby Bones Show. Through this show, he has made some significant changes to the world of country music. One can even say that he is the most controversial DJ in the history of this music genre.

Even though his show became extremely popular when it was taken nationwide, with the ratings of 3 million listeners, a lot of people weren’t happy about his work. In 2014, a mysterious organization called “Anti-Bobby Bones” surged, putting out “Go Away Bobby Bones” billboards all over Nashville.

So, who is this man? What were his beginnings, and why are people so divided when it comes to his work? People either love him or dislike him, there really aren’t those who are indifferent. Well, in this article, we are going to introduce you to this radio personality, provide you with some details from his early life, career, and talk about numerous awards he has won. 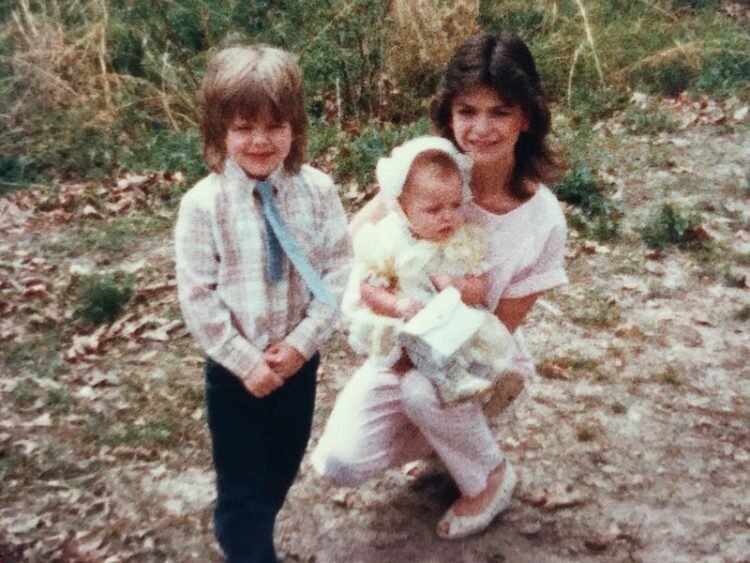 Bobby Bones was born on April 2, 1980, in Arkansas, where he was raised by his mother Pamela, with the help of his maternal grandmother. His mother had him at the age of 15, and his father left them when he was only five years old. In many interviews, Bones stated that since he grew in poverty, even at such a young age, he always considered that radio to be the best way to escape those harsh circumstances.

After graduating from high school, Bones enrolled in Henderson State University, where he got his degree in Radio/Television in 2002. Actually, during his college years, when he was 17 to be exact, he started his first radio show called “The Pulse”. 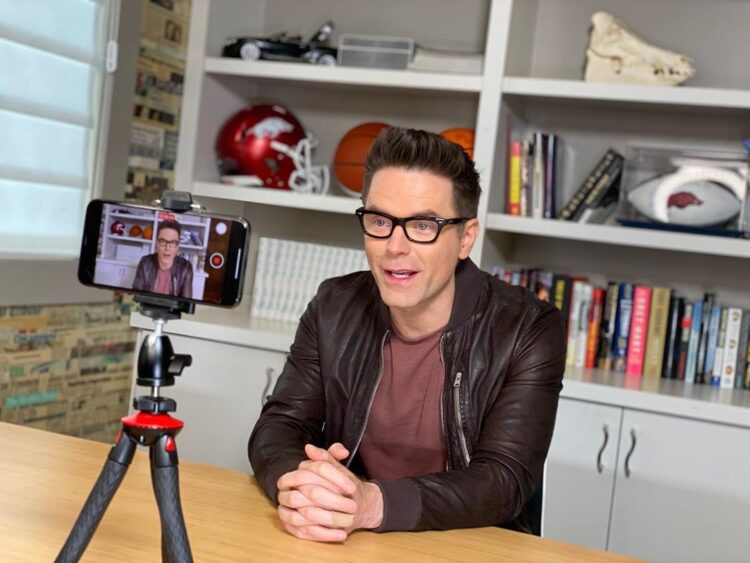 Apart from his college radio show, Bobby’s first full-time job was at the Q100/KQAR station in Little Rock, Arkansas. Soon, he moved to the KLAL radio station, and eventually started working KHFI-FM in Austin, where he launched his program “The Bobby Bones Show”.

Although he has hired to work on the evening program, he was soon moved to work the morning one, and it didn’t take long for his show to become the most popular one in Austin.

In 2012, his show was taken nationwide when he signed to iHeartMedia Inc, known as Clear Channel Media at the time. Up until that point, the format of the program was Top-40 hits, but when Bones relocated from Austin to Nashville, in 2013, the show started focusing on country music. 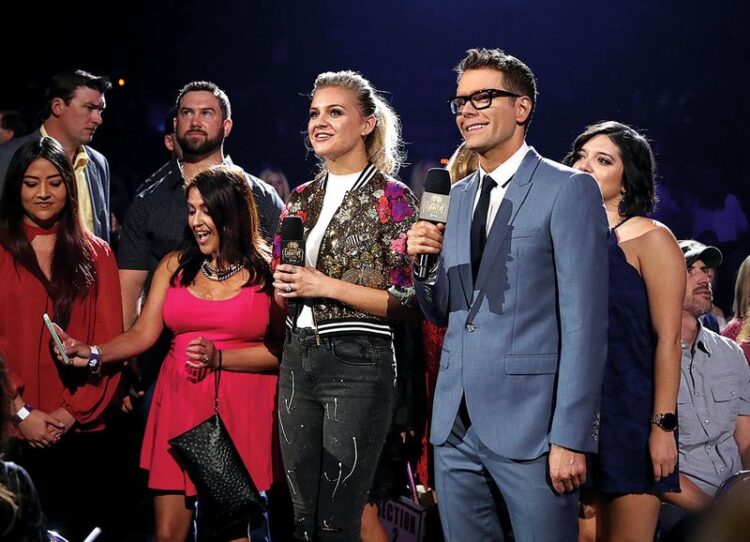 If you want to learn more details about it, visit gazetteday.com, because all that we are going to tell you is that Bones has interviewed many celebrities such as Luke Bryans, Taylor Swift, Blake Shelton, Lady Antebellum, but also some that are outside the genre of country music such as Ed Sheeran.

“The Bobby Bones Show” became so large that today it is available on over 150 radio stations all over the USA, UK, and Canada, with over 9 million followers every week. It is considered to be the most significant country format morning program, with its biggest fan base in Chicago, via WEBG radio station.

We can freely say that it has opened him many doors since he has also hosted and even performed at numerous festivals organized by iHeartRadio such as iHeartRadio Music Festival in Las Vegas, iHeartRadio Country Festival in Austin, and the biggest one, iHeartRadio Music Awards which is held annually in Los Angeles. What’s more, he is even a host of another radio show called “Weekly Country Top 30” which airs on over one hundred radio stations across the country. 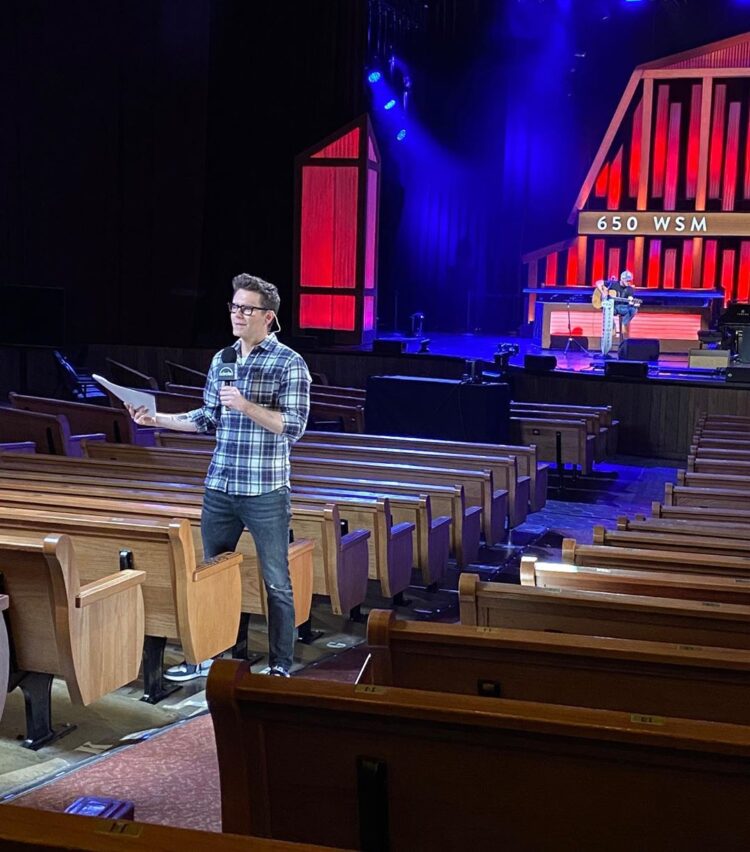 If you thought that Bones’ career only revolves around country radio programs, then you couldn’t be more wrong. He is also an actor, author, and performer, but let us start at the beginning.

In 2009, he appeared in the musical romantic comedy “Bandslam” alongside Vanessa Hudgens. During the season of 2013/2014, he guest-starred in two episodes of the popular drama series “Nashville” that airs on ABC. Next, was a guest host on many talk shows such as The Today Show, Fox and Friends, Good Morning America, and Live! with Regis and Kelly.

In May 2016, Bones released his first book called “Bare Bones, I’m Not Lonely If You’re Reading This Book”. It didn’t take long for this book to find its spot on the New York Times Best Seller list becoming #1. So, in June 2018, he released his second Best Selling book “Fail Until You Don’t: Fight, Grind, Repeat”.

In 2016, he released his first studio album “The Critics Give It 5 Stars” which peaked at the number 4 on the US Country Chart.

Moreover, Bones was also a guest mentor on America Idol during its sixteenth season in 2018. Later that year, it was announced that he was going to serve as a full-time mentor during the show’s seventeenth season, which also expanded to the season eighteen.

Alongside his partner Sharna Burgess, a professional dancer, Bones won the Dancing with the Stars competition in 2018. This competition has actually taken his fame to the next level. 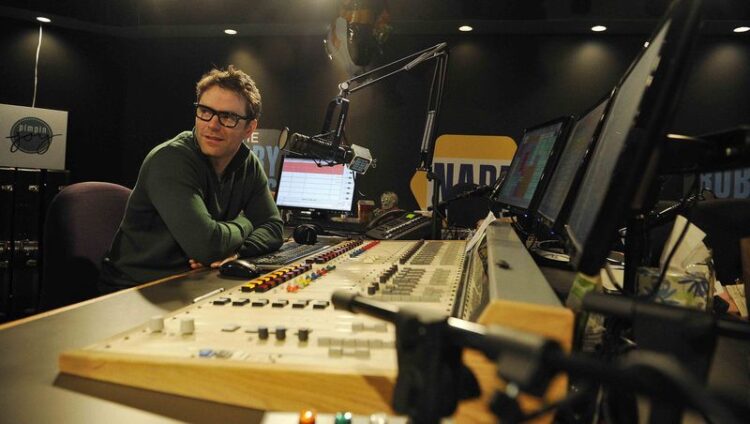 During one of his shows in October 2014, Bones accidentally triggered the Emergency Alert System by airing the EAS tones. Since it was aired nationwide, these tones triggered the warning alert throughout the entire country. In 2015, the iHeartMedia paid the fine of $1 million and removed all the EAS sounds from their library to prevent this situation from ever happening again. 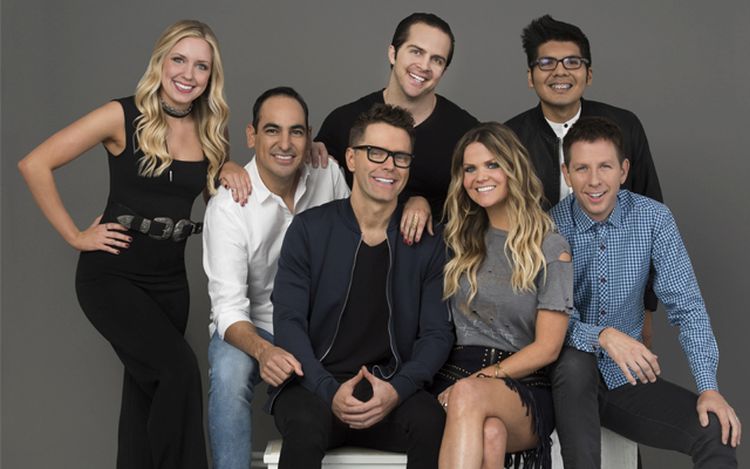 As of Januar 2022, it is reported that Bobby’s net worth is around a staggering $8 million. Taking into consideration his long and diverse biography, this doesn’t necessarily come as a surprise. Plus, his show has been on the air since 2003, and it is broadcast every weekday, from 5 am to 10 am.

The show also won the awards of Best Radio Program 2007/2008, he was named Best Radio Personality for four consecutive years, from 2004 to 2008, and finally, in 2017, Bobby Bones became a member of the National Radio Hall of Fame.