When bitcoin appeared as the first launched cryptocurrency, it intrigued the whole world. Today, there are many crypto enthusiasts, many of whom have become rich thanks to mining or trading these virtual coins. But did you know that you can get to your first bitcoins by playing games? You heard right. The developers have created specially designed games for all those who like to spend time in this way, but are also interested in earning their first bitcoins.

The perfect way to combine beautiful and useful and at the same time fun way to get to know the crypto world. Also, among the many intrigued potential users, there are certainly those who are interested in learning more about mining to try it in the future. So, the primary goal is to inform themselves about what is needed for real mining and not earning money. For such players, have been designed games that don’t offer a real BTC as a reward, but therefore offer all the necessary mining experience.

Both types of games are known by the same name – BTC mining simulator games. The Internet offers many of these and we will present some of the most popular ones in this article. It’s up to you to stay a little longer on the page and keep reading. 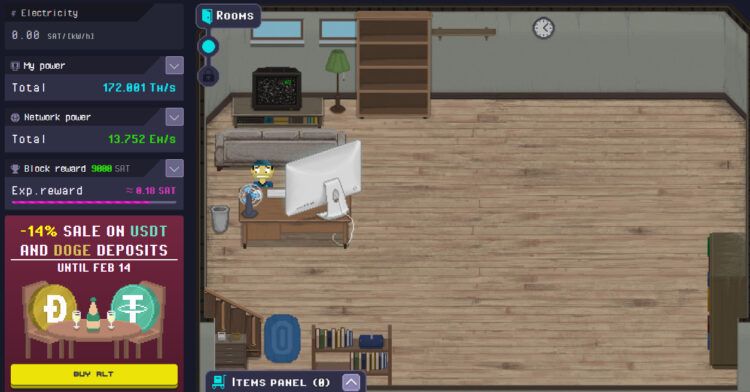 RollerCoin is a bitcoin game whose concept is based on the virtual mining of this coin. The rules of the game include gathering friends who will be your competition in this case. The powerful blockchain platform and complicated algorithms have been replaced in this digital version by complicated tasks that you need to solve and thus gain insight into your readiness and the scope of your skills.

Of course, this is not as tedious a math task as it may sound. In fact, entertainment is integrated into every aspect of the play. The tasks will require strengthening your own empire as you struggle to put your competition behind. Unlike real mining, in this case, you will not need complicated settings, high technical equipment, as well as some special skills without which you cannot be successful. All you have to do is sign up and choose your character.

The longer you play, the better your chances of winning the BTC because every five minutes active players can get a piece of the block. The size of your piece will be defined by the skills you have shown. This is your chance to earn free bitcoin for yourself which are actually withdrawable and you can store them into your BTC wallet.

Another game that can help you understand what level your skills are currently at and help you improve them. At the very beginning, you will receive one coin as a gift that you will use as initial capital to buy the necessary equipment. But before you start playing, first follow the first steps we mean by installing and running the app. Once you have met all the initial requirements that are required of you, it is time to start earning your own cryptocurrencies.

In this game, as in many other similar versions, you will face the problems you would face if you started dealing with this in real life. By this, we mean the investment of earned funds for the purpose of hardware reinforcement. Considering that speed is very important, it is clear why this investment is the key to success. You have to be the first. Also, you must take into account the costs incurred due to high electricity consumption so as not to be at a loss. Many more interesting aspects await you, so don’t wait any longer and start installing. 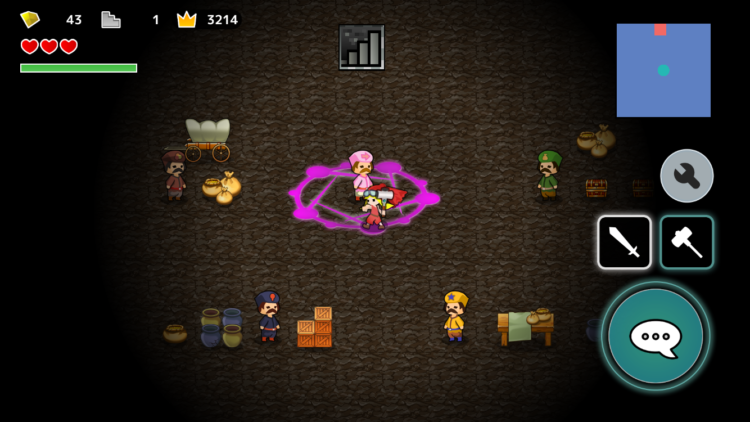 Although the previously mentioned two games have a lot in common, it is important to mention that there are many different concepts with the same purpose on the Internet. One such concept is the one developed within BTC Miner. So if you want to make your gameplay even more dynamic, pay attention to this.

In this case, too, the goal is the same, but among other things, some other elements that are necessary to reach the goal are put in focus, such as upgrading the digging hardware.

To make things even more interesting, you can opt for one of the two allowed resources – cash or bitcoin, the value of which changes from minute to minute and can range from 500-2500 USD. Players can upgrade miners in one of two ways. By selling bitcoins or storing them, waiting for the appropriate exchange rate.

As another answer to a potential change in the global economy, the Bitcoin Empire Tycoon game was created. Until we find out whether the new digital financial system will have an impact on the world economy, we can try to prepare for such a scenario by playing.

This game consists of three chronologically arranged phases, some of which are fully available, while others are still being updated or waiting to be released. For now, you can fully enjoy the first phase, which offers a variety of interesting options. Some of them are “live shops”, then the creation of farms and temperature control. Also, in the first phase, you can access the mining basin and get certain guidelines for further development, dealing with the constant change of course and more.

The second phase is further enriched with interesting components such as the possibility of employment, starting your own projects, or upgrading equipment.

The third phase is expected to bring the possibility of developing a cryptocurrency and taking the game to an even more exciting level. 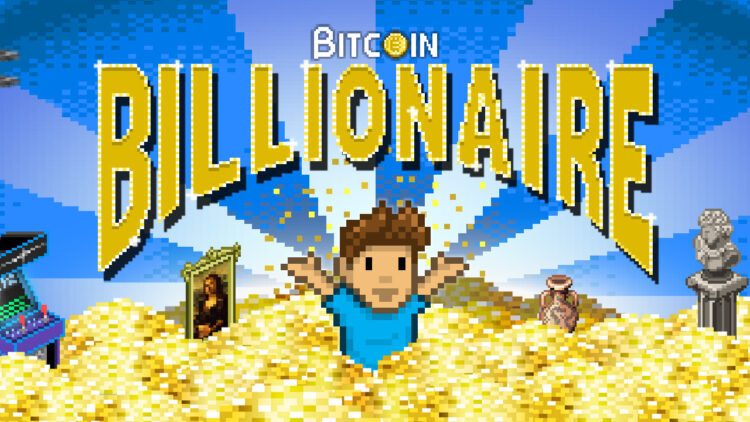 Our latest proposal brings even more excitement that will surely intrigue you. From the comfort of your chair, you can earn your first bitcoins with a quick tap. With a little wise investment and smart hardware upgrades, you can gain real virtual wealth and enjoy the game.

The very beginning can seem demotivating when you realize that you are starting from nothing with a bad computer and an old office. When you manage to multiply your wealth after a long time of playing, it is up to you to decide what you want to invest in.

In the next phase, you get the opportunity to travel through space and time where you will experience some new things. There you can unlock some new upgrades and apply them in the future. How cool is that?

Which game has the greatest potential to become your favorite?