Did you know Ford has produced well over 10 million Mustangs since 1964? That stomps out the competition when you consider Chevy has only produced about 5 million Camaros since 1966.
You don’t have to look far to figure out why. Buying a Mustang means you’re buying an iconic piece of machinery. In 1968, Steve McQueen practically immortalized the car with the Bullitt.

Tom Cruise is also famous for owning a 2010 Saleen. And Nicholas Cage pulled a Steve McQueen in Gone In 60 Seconds with his beloved Eleanor, a custom ’67 Shelby GT500.
Here we are, decades later, and the new Ford Mustang is still growling and prowling like a champ. Together, let’s take a look at what’s new, what’s to be expected, and how soon you can drive your very own 2021 GT Mustang off the lot. 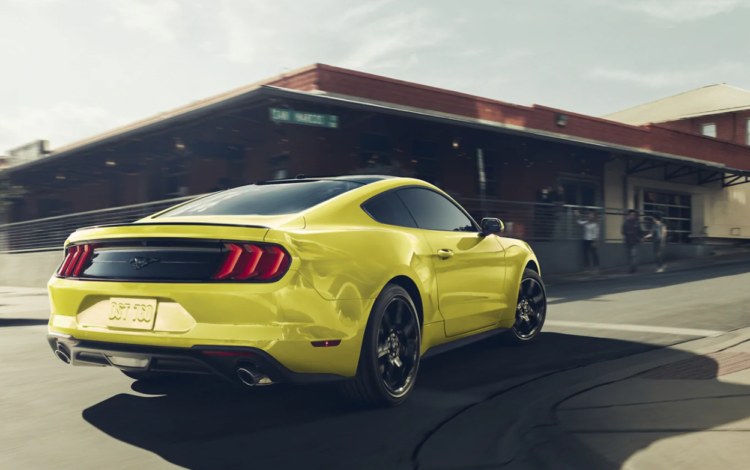 The Ford GT Mustang already has so many things going for it. Therefore, only a few tweaks have been made.

First, there are three new paint colors: Antimatter Blue, Grabber Yellow, and Carbonized Gray.
We love the addition of Grabber Yellow. If you’re going to drive a sports car, you might as well have a little splash and verve. There’s also a Twister Orange Tri-Coat, but that will cost you an extra $495.

Something Ford was really proud to do was make their CoPilot360 safety suite standard on the GT Coupe.
Now, drivers will remain protected behind all kinds of safety features like cross-traffic alerts, lane assist, pre-collision assist, automatic emergency braking, automatic headlights, and a backup camera.

What To Look Forward To 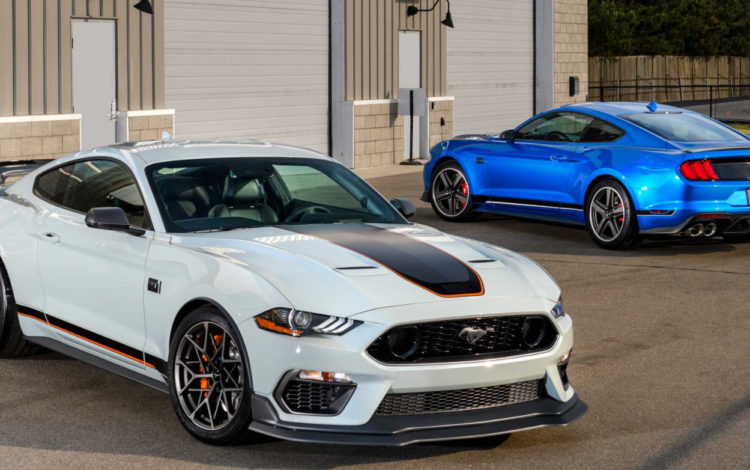 With those new bells and whistles underway, let’s explore the pre-existing wonders of the Mustang GT.

Let’s start with the power of the pony. The Coyote V8 is well-known for its top-end “revability.” While it may not be as fast off the line as its rival, the Camaro, it does pack a greater punch once it’s off and running.

Although you’re looking at a 5.0 here, compared to the Camaro’s 6.2, it’s still an even match. That’s quite a head nod to the pony power. And, even though it may not be as fast off the line, 0-60 in 4.3 seconds is nothing to shrug about.
You can join the legions of car enthusiasts over at Lethal Performace anyway and add on a nitrous kit or turbocharger in a jiffy. As we all know, there are lots of ways to beat out a Camaro on any given day.

With the all-important performance out of the way, let’s talk bells and whistles. Unfortunately, it’s only the 4.2-inch screen that comes standard on the dash. You’ll have to bump up to the GT Premium for an 8-inch touchscreen and Apple CarPlay.

But, don’t let that get you down. There are plenty of other standard options to smooth out your ride. FordPass Connect is standard, along with voice recognition, TrackApps, and AppLink.
You can cruise down the highway to the sounds that erupt from your six-speaker audio system. And, on that note, if you do upgrade to the GT Premium, those six speakers will transform into a 12-pack with a trunk-mounted subwoofer. Now, that’s something to consider!

As for the rest of the interior, you’re looking at plenty of legroom up front, but only a nominal amount of space in the backseat. The two individual bucket seats would be a trial for even the most petite people.
Cloth seats are standard. Leather only comes with the GT Premium. However, in the standard package, you’ll still enjoy six-way electrical adjustment. 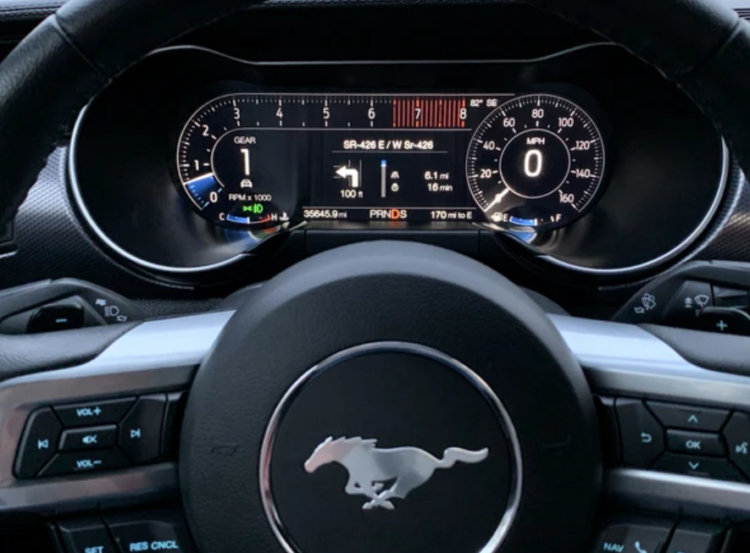 Interestingly, the trunk is something to write home about. It’s quite spacious at 13.5 cubic feet.
As for those tiny back seats, if you fold them down, you’ll have a 50/50 split that might put the back seat to better use.

You won’t find Ford making a reckless sports car. They’re going to tuck you into each wild ride with comfort and safety. In fact, they can boast a full five stars from the NHTSA’s safety review.
We already discussed some of the standard safety features, but there are plenty more to be grateful for.
You’ll find a whopping eight airbags, tire-pressure monitoring, nagging (but useful) belt reminders, stability control, and an SOS post-crash alert system. 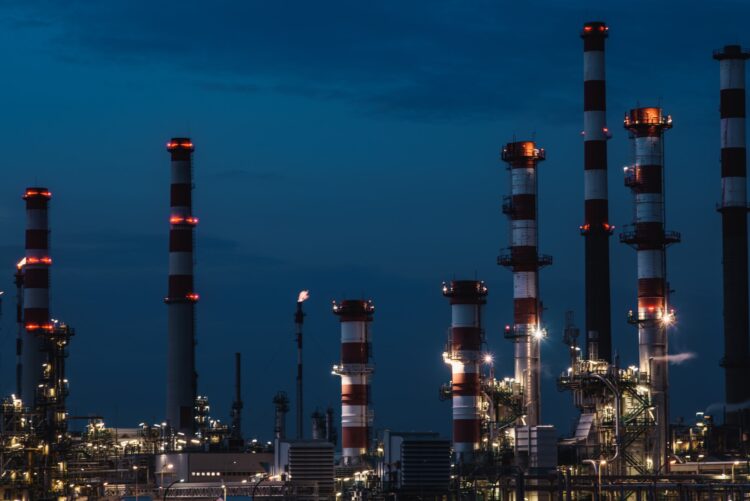 We saved this for second-to-last because fuel economy isn’t exactly a sports car’s best friend. However, the numbers here are quite typical for its class.
You’re looking at approximately 15 mpg on average. But, you can creep up to nearly 24 mpg should you ever choose to cruise across America.

Finally, how many paychecks do you have to set aside to slip into these seats? Well, the base price for a 2021 is $36,120 for the manual and $27,715 for the automatic. But, why pay more when this sports car deserves to be handled by a manual transmission?
The GT Premium only bumps up about $4,000 at $40,120 for the manual and $41,715 for the automatic. It’s quite worth it when you consider those nice leather seats and 8-inch touchscreen.
Month by month, you’d have to plan for a little over $400/month in payments. But, of course, that depends on how much you’re willing and able to put down. As we all know, buying a car is no small feat!

For just a little over $30,000, you can get behind the wheel of one of the most iconic cars ever produced.
You’ll be as flashy as Mr. McQueen in a vehicle that’s as reliable as Lt. Frank Bullitt.
As your dreams about owning a 2021 GT Mustang come to fruition, we invite you to keep coming back to visit our site. Here at iCharts, we’ll help you get your finances in order in a jiffy.
We’re also proud to bring you an array of business, tech, and travel insights to help you reach new heights again and again.