The northern lights, or as they are colloquially called – aurora borealis, are one of nature’s most precious occurrences. This natural phenomenon attracts tourists from all over the world, as it’s something that you need to see during your lifetime. Most people associate this phenomenon with Scandinavia, and many do not know that northern lights can be seen in Canada, as well. We are here to introduce you to the eight best major cities in Canada to see northern lights.

The Maple Leaf country is famed for its natural beauty, and thousands flock to this country to explore it. A big part of what attracts people is the polar light. According to some who have seen it across the globe, Great White North might just be the best place to enjoy aurora. So, not to prolong this introduction, let us embark on finding out just where in Canada you can experience aurora borealis to the full extent. 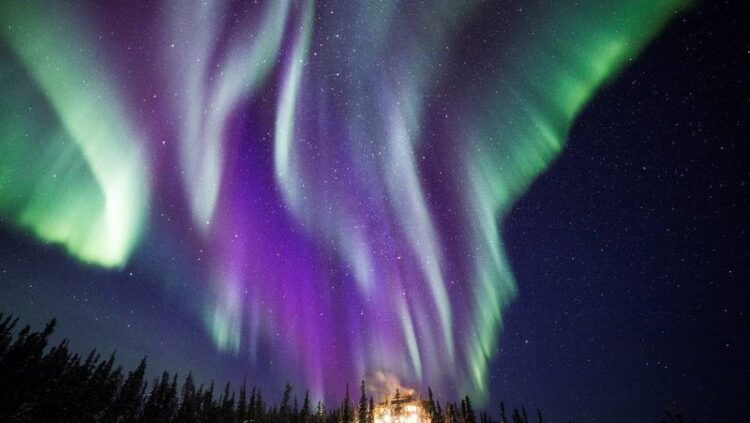 If you’ll believe the Yellowknife natives, their city is the best one in the world for aurora borealis sightseeing. Their reasoning lies in the fact that the area where they are located is less populated; they have a flat landscape, and the city lies directly below the auroral oval.

We should also mention that the nights in this city and the surrounding ones are super bright. To fully experience this phenomenon, you should visit Yellowknife in the period between November and April. The two locations in the city that are highly rated by both locals and tourists for northern lights seeing are Aurora Village and Great Slave Lake. 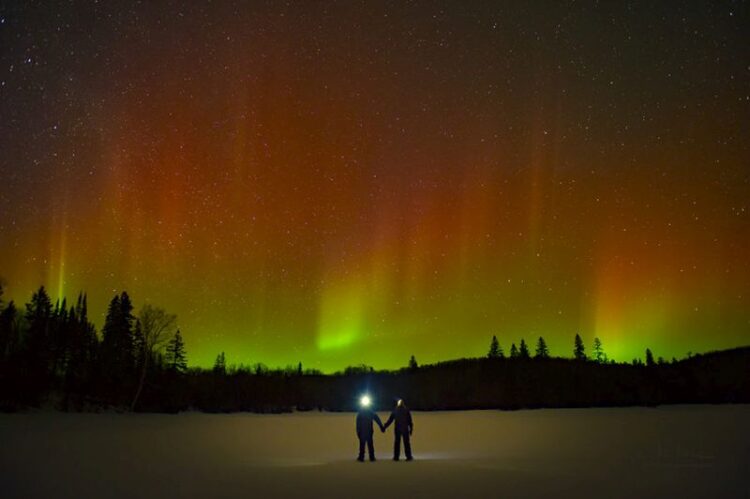 Ontario is a unique province in Canada. The place where Hudson Bay meets the Canadian Shield is its attraction up north, and many people believe it to be its main one. But, on the south side, on Lake Superior, you’ll find an unprecedented event in the form of northern lights.

Nights skies above this lake will leave you breathless. The location you need to pay a visit to is Thunder Bay Lookout at Sleeping Giant Provincial Park. In the end, don’t be fooled that this is all there is to Ontario, as it offers much more, which you can find out if you click here. 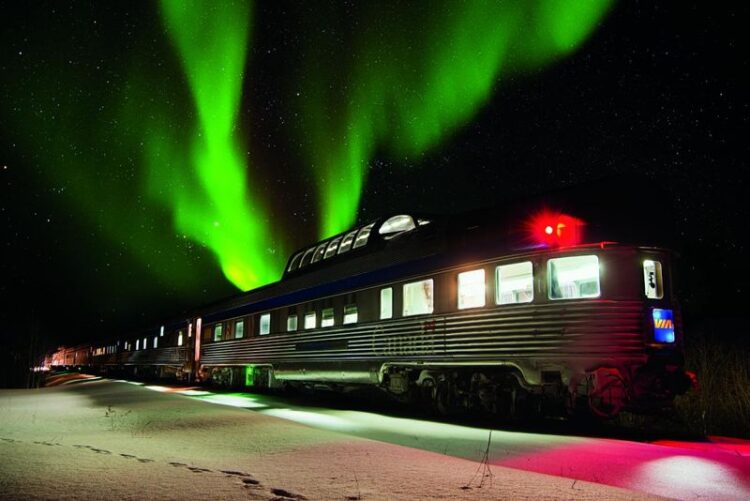 A place where atoms collide with molecules and thus protect our atmosphere from geomagnetic storms and create polar lights in the process is called Auroral Oval. Beneath one of these ovals, Churchill, Manitoba, is located, making it an attractive destination for the observation of northern lights.

Tourist guides in this location often recommend visitors to follow the north’s lights on multi-terrain vehicles. One of the things that could make your visit to Churchill unique is that there’s a chance of encountering a polar bear. Because of all this, it’s no wonder that Churchill found its place on our list of best major cities in Canada to see northern lights. 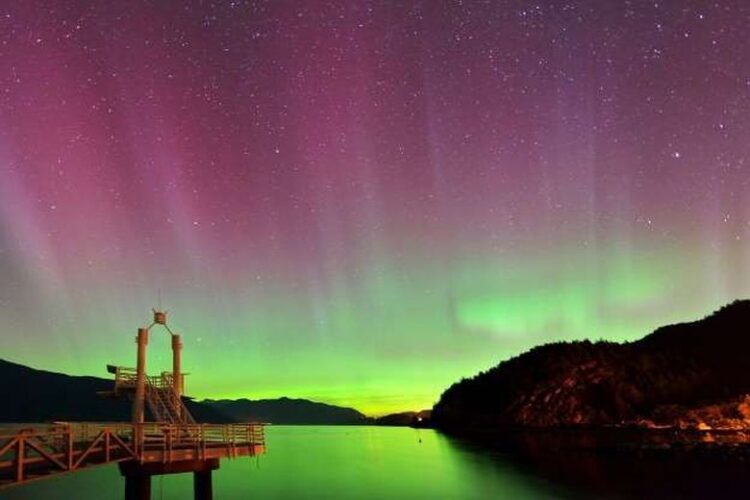 The best thing about this place is that there you can see aurora borealis all year long. While this is quite amazing, there are also downfalls. The biggest one is that it’s quite secluded being located on the Yukon border close to Alaska Highway. People who already saw polar lights at Lake Muncho claim that its reflection in the lake is a sight to behold. 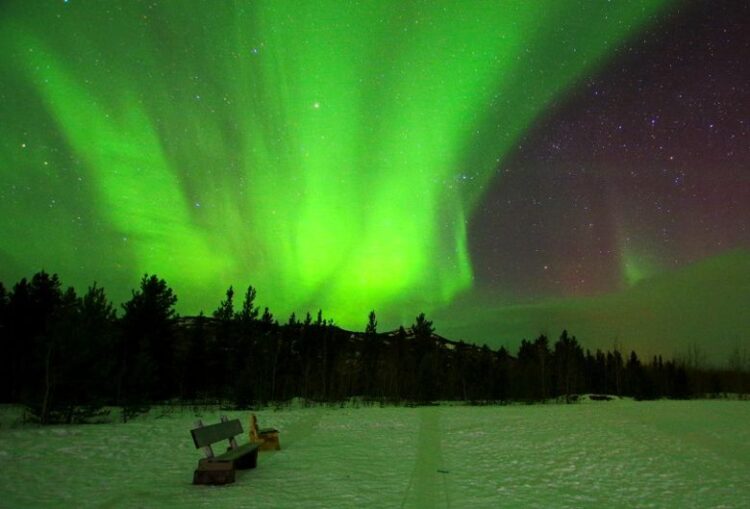 If you ever find yourself in Whitehorse during the fall, it will be the fall you’ll never forget. Nights in Yukon during fall are something else, especially when they are bathed in northern lights. The dancing colors are enough to leave anyone speechless, and particularly considering just how many locations for sightseeing there is in Whitehorse.

Tourist that go on polar lights exploration on Yukon, and places such as Whitehorse, will enjoy the accommodation as nowhere else. Those who spent time at cottages, tents, cabins, and lodges by the lake have stories for their entire life. Those who miss aurora borealis in nature can compensate by looking at it from the Northern Lights Centre at Watson Lake. 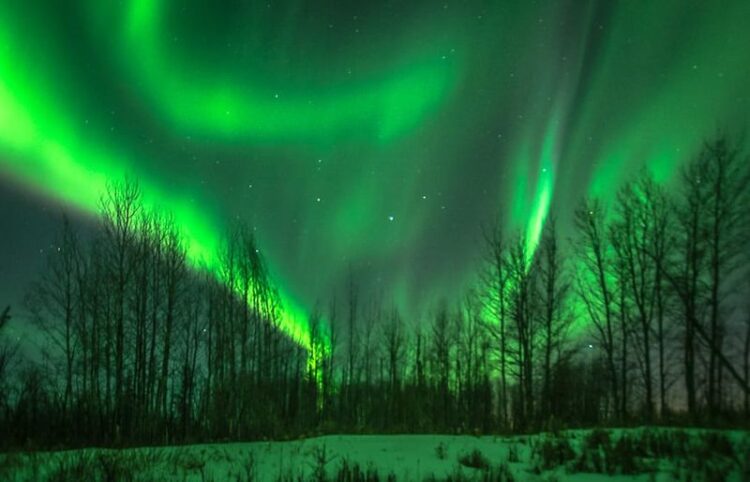 Fort McMurray and night skies go hand in hand. If you’re searching for a perfect location for sightseeing of these magical lights, Fort McMurray is the place for you. The ideal time to visit this place is from mid-October until March. The only condition is a bright sky.

The one downfall that this town has is slight pollution. Sometimes this can influence your views, which can be frustrating. We recommend looking for an ideal place to view aurora borealis a couple of kilometers away from the city. 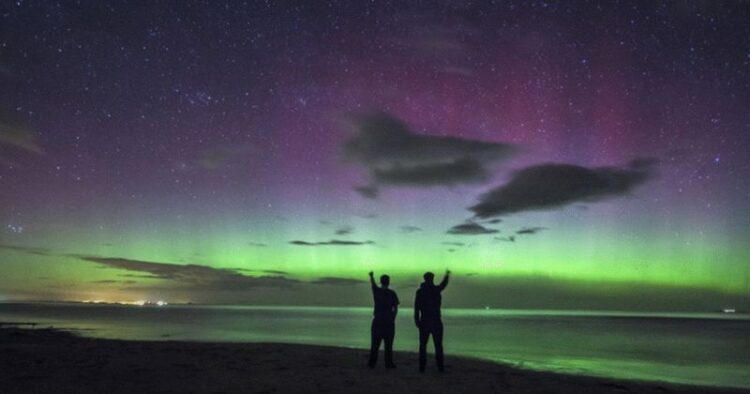 This place in eastern Canada offers a variety of pass-times, including snowmobiling, but all should be done before you sit down at night to watch aurora borealis. In Northern Labrador, you can watch this natural phenomenon on a trail that spans more than 1,500 kilometers.

The interesting part that the view is perfect on almost every meter. It’s no wonder that things are like this as untouched nature in Newfoundland and Labrador is without a pair. In addition to seeing the polar lights, you can also indulge in hunting and fishing, both of which are very popular in this region. 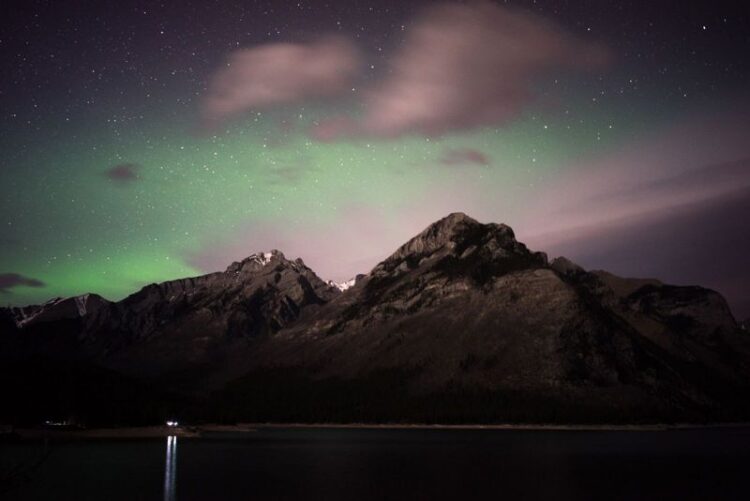 You have probably heard about Banff National Park. An astonishing place all by itself, but with an addition of northern lights, it gets another dimension. In this are there is almost no pollution which makes it a perfect location for polar lights sightseeing. There are even nights in which the light can be seen even above the town.

Other nearby places where the view is also perfect include Lake Minnewanka, Castle Junction, and Glacier-fed Peyto Lake. All three of these locations are not far away from the Banff town center. The most interesting among the tree is, without a doubt, Peyto Lake. Here, the northern lights can be seen during the course of the entire day. The main event is what occurs during the night, and it’s worth your visit.