The piano is a very popular instrument and the favourite of many; both old and young and all across the world. There are some facts about the piano you would have otherwise believed were true except that – they are! Here, we have compiled the top 11 insane facts about the piano. Let’s dive right in!

1. Playing the piano makes you much smarter 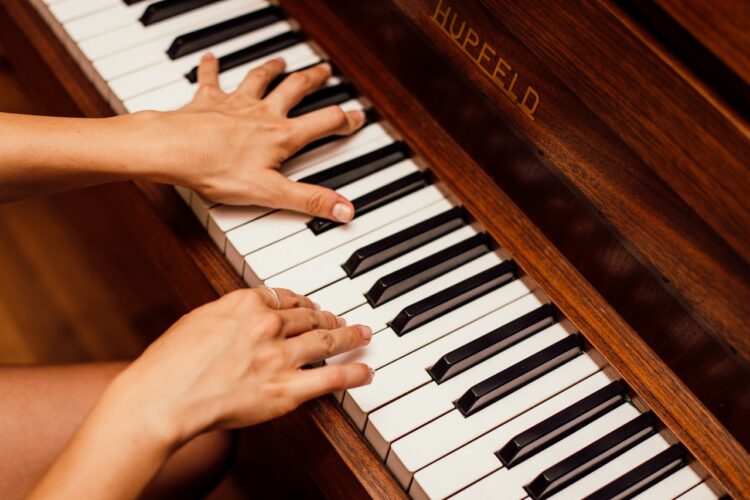 Research has shown that pianists use their brain more efficiently than the average human being thus making them smarter. During your music lessons at LVL Music Academy, you are taught how to play the 88-key instrument; understand the wide tonal ranges, chords et cetera. You would need to use this knowledge to create and recreate sounds. To accomplish all of this, a lot of brainpower is needed as well as dedication. Your consistency in this regard strengthens the frontal lobe of the brain. The effects include enhancement of decision making, memory and auditory functions of the brain.

2. Pianist can learn new languages faster than others

The pianist can generally pick things faster than others due to the enhancement of their brain functions. A child prodigy by the name Claudio Arrau could read music before he could even read real words. Arthur Rubinstein was another prodigy who learnt 8 languages and could communicate fluently with them. Indeed, research science has proven that pianists tend to develop divergent thinking abilities because of their consistent involvement with the instrument. This causes them to be faster learners and great problem solvers as well.

3. Pianos were originally made of ivory 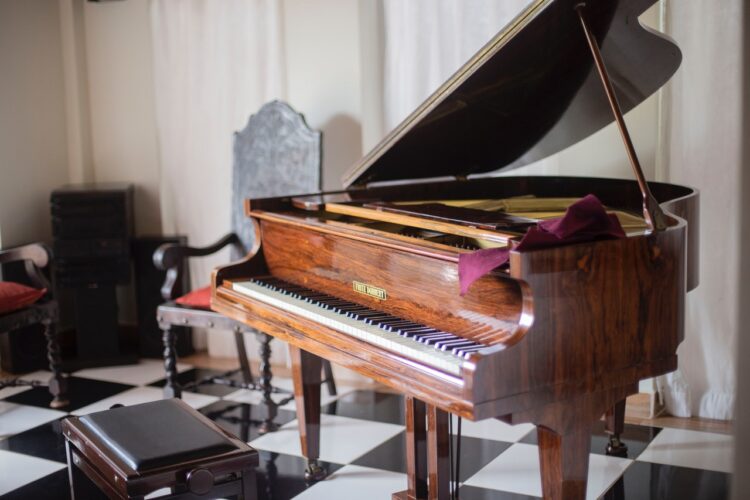 Pianos keys used to be made of Ivories until the early 1940s. It is as a result of this that the saying “tickling the ivories” came to be. However, concerns for the extinction of the elephant brought a stop to the usage of ivory and the plastic keys found its way in.

4. Pianos were originally very expensive even for the wealthy

When pianos were first introduced, it was so expensive that even the wealthy could not easily afford one! In fact, only royalty and few aristocrats used to own pianos! These went on for more than a century before the average person could now afford to get the very treasured instrument.

5. The piano inventor was actually in love with another instrument 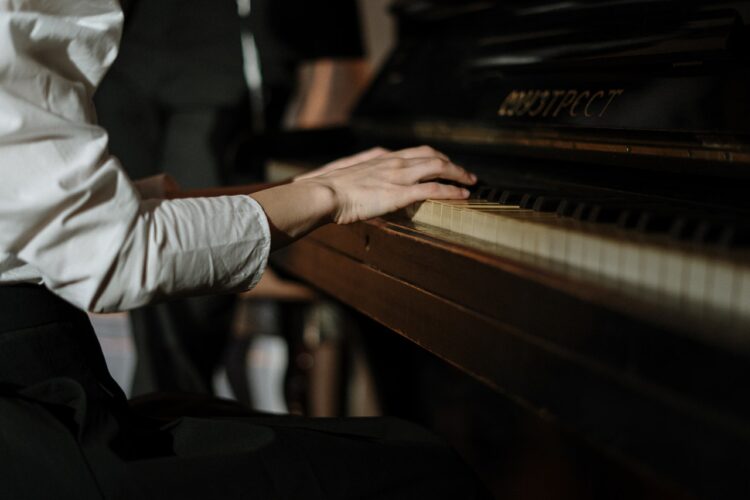 The piano was invented in 1709 by an Italian known as Bartolomeo di Francesco Cristofori. He was also a harpsichord maker, an instrument quite popular at the time. The man was said to have loved the harpsichord and as a result, created only a few pianos during his lifetime.

6. The original name of the Piano was gravicembalo col piano e forte

This meant “a harpsichord with loud and soft”. The harpsichord which was the instrument of the time but could only play softly. This made the piano a game-changer since it was an advancement of a loved instrument. The name later became “fortepiano” and was subsequently shortened to “piano”. So, that’s how the piano got its name. 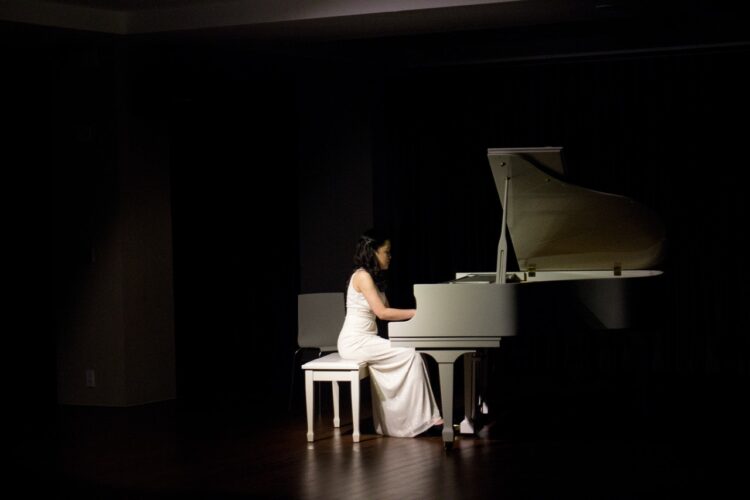 The longest piano concert record is held by a Polish named Romuald Koperski. His concert was held for 103 hours, 8 seconds! He holds this record up till date.

The most expensive piano was designed by the renowned Canadian manufacturers of pianos, Heintzman. Called the Crystal piano, this unique piece was adored for its transparent design and finish. It was played for the first time at the Beijing 2008 Olympics games and played by a Chinese pianist known as Lang Lang. The piece was eventually sold at $3.22 million during an auction. This comfortably placed it at the admired position of the most expensive piano in the world. 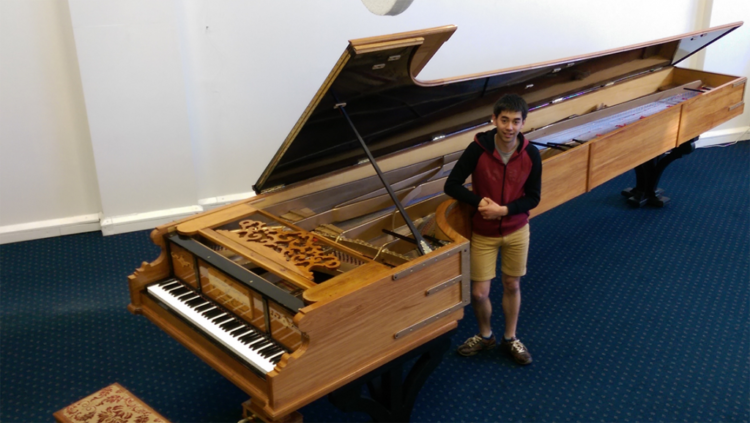 The world largest piano was made by a piano tuner from New Zealand called Adrian Mann. The piano is 5.7 metres long and weighs about 1.4 tonnes. Adrian spent 4 years to build this piano and he was 25 years old when he finished it.

10. The piano can only be tuned by a specialist

The piano is made up of about 220 -230 strings which are made extremely tight to produces different sounds. Each of these strings has about 168 pounds of tension thus most pianos have a total tension of about 18-20 tons. Even at that, many of the grand pianos hold up to 30 tons of tension! Thus, the job of tuning the piano can only be done by a professional. Also, pianos do not need to be tuned too regularly; two to three times a year is just fine.

11. The piano is called King of Instruments 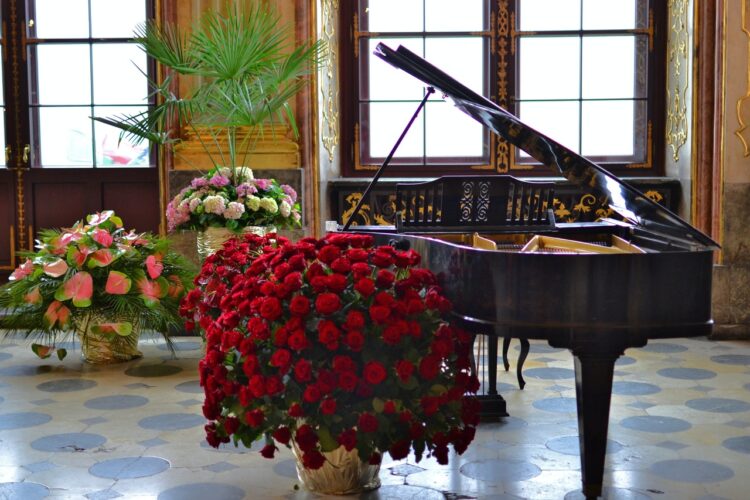 I know non-pianist might want to argue here, but hey, the facts speak for themselves! The piano is the instrument with the widest tonal range as its lowest tone is that of a contrabassoon and its highest note as high as that of the piccolo! That is the range of an entire orchestra found in one instrument. The piano is also the only instrument that qualifies to a percussion and string instrument at the same time. It is a percussion instrument because the hammers (plastic keys) have to be struck to create sounds.

It is also a string instrument because the hammers are actually striking strings that are inside the piano. Furthermore, there are 230 strings in the piano with 12000 parts of which 10,000 of them are moving! Meanwhile, even though the pianist may seem limited to the 88 keys on the surface of the piano, the music creation possibilities with the piano are virtually endless! It is no surprise that the piano is referred to as the king of instruments.

The piano has served humanity greatly since the early versions of harpsichords till its proper creation in the 1700s even up till now. The piano may have changed in sizes and shapes over the years but it does not seize to be an amazing instrument and integral part of our music experience. I believe you have leant new things that you did not know about the piano, especially that it is truly the reigning king of instruments. The best piano sheet music you can find on note-store.com.