There is nothing like a top BBC drama to bring the beauty of a location to the attention of the masses. In this instance, we are talking about the iconic BBC drama, Poldark, for which Cornwall provided the spectacular backdrop as this is indeed a Cornish tale.

There was already a popular television series based on Winston Grahams’ famous novels, which ran during the 1970s, and the recent re-make brought the stories and the Cornish landscape to a whole new generation of viewers. Here are some of the locations used in the drama, all of which have benefited from an increase in visitors keen to experience a bit of real-life Poldark for themselves.

Charlestown – Charlestown is located near St. Austell and doubles for the county town of Truro in Poldark’s day. Charlestown is well known to film and television producers. In 2008, Tim Burton shot part of the film Alice in Wonderland in Charlestown, and it has also featured in an episode of Doctor Who called The Curse of the Black Spot.  The town features an original Grade II listed harbor complete with tall ships, so the producers didn’t take much persuading to use it for the 18th-century Poldark. If you fancy staying in Charlestown, check out some beautiful holiday cottages at www.cornishsecrets.co.uk.

Bodmin Moor – the moor provides the backdrop for many of the riding scenes and the exterior of Ross Poldark’s cottage, Nampara. The dramatic landscape of the moor is the perfect counterpoint to the drama and passion of the television series.

Levant mine – a national trust property, the Levant mine is the only working Cornish beam engine in the world and is powered by steam. The levant played the role of the fictional Tressiders Rolling Mill whilst Owles and Crowns near Botallack doubled as Wheal Leisure.

Porthtowan – the wide, sandy beach is Poldark’s fictional Nampara Cove, and there are other views across the Camel estuary near Padstow. 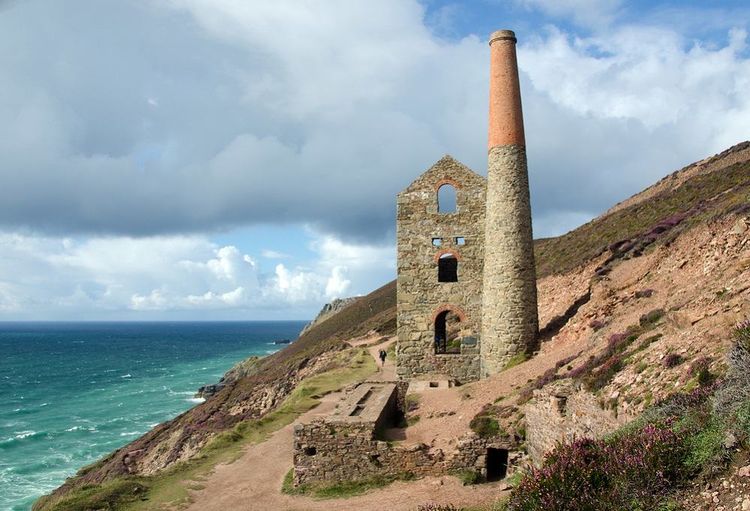 St. Agnes Head – the engine house perched on the cliffs overlooking the Atlantic Ocean is used to portray Poldark’s mining interest and the Nampara valley which is part of the Poldark estate.

Church Cove, Gunwalloe – near Helston and located at the top of the Lizard, this is the setting for the night-time ship wrecking scenes.

Porthcurno – this beautiful cove famed for its connections with Marconi doubles as Nampara Cove, and it is easy to see why. The sea is a beautiful azure blue with white sand and dramatic cliffs, and it is surely one of the most beautiful coves in Cornwall. Some other shots of Nampara were filmed at Kynance Cove on the Lizard, a dramatic and rugged cove with caves to explore at low tide and the famous Asparagus Island so-called after the rare wild asparagus which grows there.

Porthcothan – a beach near Newquay, a cove with grassy dunes formed part of the Nampara estate. The cliff tops at Park Head near Porthcothan feature views across to the iconic Bedruthan Steps, and there are also scenes with Ross Poldark galloping across the headland.

Part of the television series’ undoubted appeal was the beautiful and dramatic landscape in which the stories are both set and filmed. But Cornwall has been used for decades by filmmakers and television producers. Here are some other famous and notable locations used over the years for television and film:

About Time (2012), the rom-com directed by Richard Curtis was largely filmed in Cornwall. Porthpean House is the family home whilst many scenes were filmed on Vault Beach in Gorran Haven although the film portrays the beach as sitting directly beneath the house, it is, in fact, eight miles away. St. Michael’s Penkevil Church near Truro is also used as the church for Tim and Mary’s wedding. 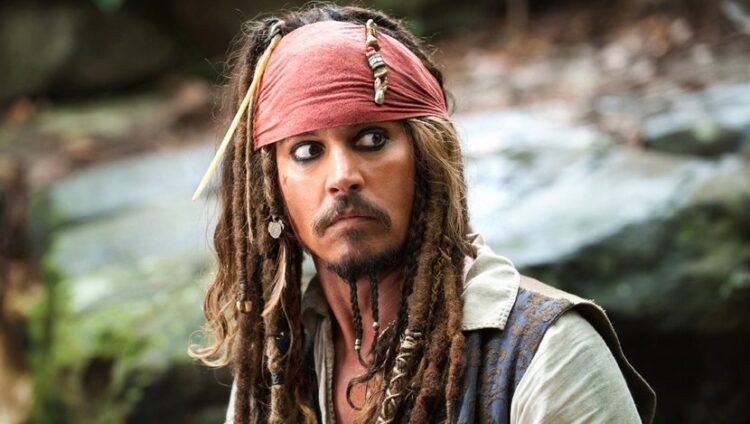 On a more recent note, some scenes from Pirates of the Caribbean movie, On Stranger Tides, starring Johnny Depp and Penelope Cruz were filmed in St. Ives and Johnny Depp is reported to be a big fan of the place, not adverse to enjoying a pint in the Sloop Inn in the town. He rather hit the nail on the head when he said it is so easy to imagine a galleon moored at the quayside – many Cornish harbors have changed little in centuries.

Aidan Turner, the actor who played Ross Poldark, is no stranger to filming in Cornwall as he also appeared in the BBC adaptation of Agatha Christie’s novel, ‘And Then There Were None.’ Turner talked about the versatility of Cornwall as a film location, not just a location, “but one of the actors.”

Cornwall has historically appealed to a variety of filmmakers and will probably do so for many more years to come. The coastline offers both the beautiful and the historic whilst there are endless possibilities with the arcadian sheltered creeks and coves on the southern coast. Bodmin Moor is of interest to both makers of period films and futuristic and Sci-fi movies, with the Eden Project also appealing to the latter. With such a range of locations and backdrops, it is no wonder that Cornwall is one of the most popular counties amongst the film set in the UK.