When most people consider RPG video games, they often imagine fantasy titles like the Dragon Age series from BioWare, Elder Scrolls V: Skyrim from Bethesda or the Witcher franchise from CD Project Red.

And while these games are amazing in everything they offer, they make it easy to overlook that the RPG genre has some spectacular gaming gems that feature a science fiction themed setting. Here’s a brief look at five amazing sci-fi RPGs available on the PlayStation console. All of the following can be acquired and further expanded upon using a PS4 gift card, which can be acquired on numerous video game retail stores like Eneba. 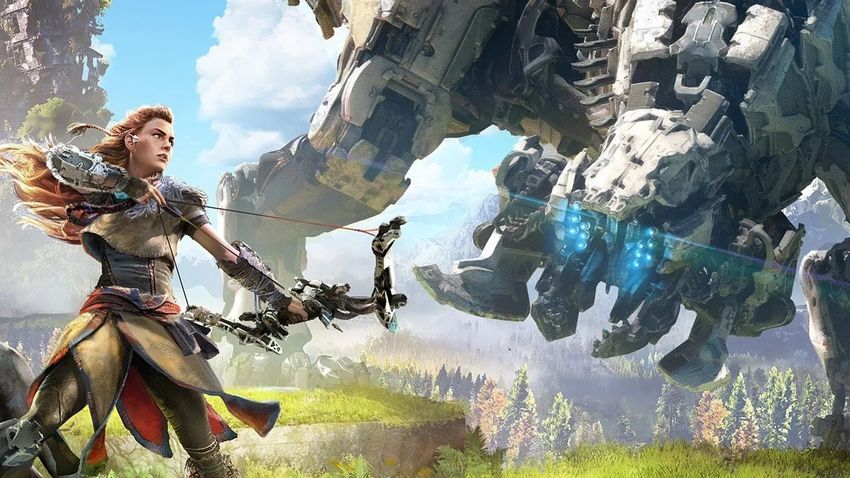 Horizon: Zero Dawn is the first and most obvious example. This critically acclaimed sci-fi RPG is exclusive to the PS4! The title was made by Guerilla Games – the creators of the infamous Killzone series. No PS4 owner should miss the chance to try out this masterpiece, at least once. This third-person action-adventure RPG features an original, open-world sci-fi setting.

Humanity is reduced to the level of the tribal stone age, yet the world is inhabited by a complex ecosystem of robotic lifeforms. The game stars a female protagonist named Aloy and follows her journey to uncover the past. The base game offers lots of great content and breathtaking sci-fi visuals but with a PS4 gift card one can easily expand the already huge game with the only available DLC addon – The Frozen Wilds. 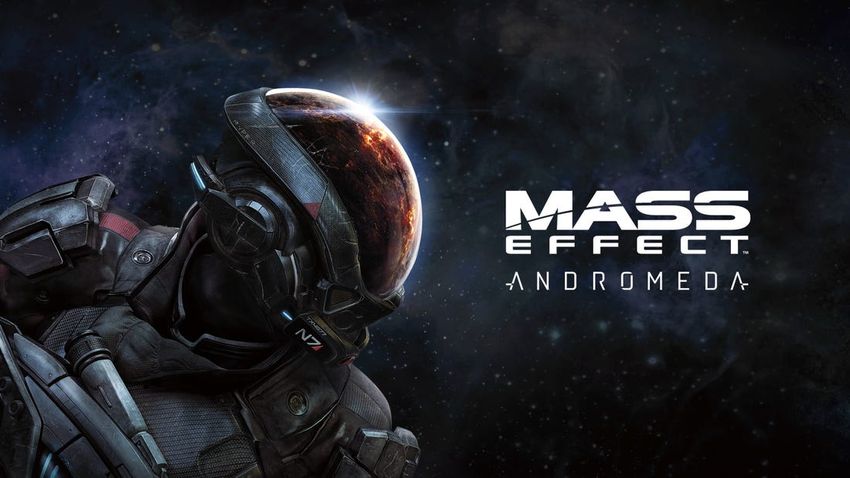 Even though the fourth installment in the mainline Mass Effect series (that is, aside from various mobile spin-offs) was received with a mixed response at launch back in 2017, since then, Mass Effect: Andromeda was updated with numerous bug-fixing patches and gained a dedicated cult following throughout the last few years. Minor technical difficulties that no longer even exist shouldn’t discourage you from missing out on this journey to and throughout the Andromeda galaxy.

By increasing your PlayStation Network account funds with a PS4 gift card and purchasing one of the Deluxe editions of the game, you can fully explore this rich sci-fi universe! The game circles around the Andromeda Initiative – expedition flotilla of Milky Way races that left their home galaxy before the Reaper invasion in Mass Effect 3. You’ll play as a pathfinder – a mixture between a soldier, explorer, and scientist looking for a new planet for humans to settle. Open-worlds, dynamic combat, vertical movement, and an epic space opera story are just a taste of everything Andromeda has to offer!

Additional weapons and extra missions with familiar characters from Human Revolution are just a fraction of everything a PS4 gift card can provide to those who will emerge themselves into Deus Ex: Mankind Divided. Over the last decade, everyone’s favorite stoic cyborg Adam Jensen, first featured in Deus Ex: Human Revolution back in 2011, has become an icon in the gaming world with him being featured in countless memes. To everyone’s surprise, he’s made an epic return in Deus Ex: Mankind Divided, once again being voiced by Elias Toufexis!

The sequel to Human Revolution is set two years after the events of Deus Ex: Human Revolution. After the catastrophic events in the previous game, cybernetically augmented people are discriminated against and feared by society, dividing mankind in the process. Get the game easier with the PS4 gift card and follow Adam’s story! This time around Jensen is a double agent working undercover in the Interpol anti-terrorist task force – TF29 – but his mission from the first game hasn’t changed – to bring down an elusive group of international conspirators who manipulate the population based on their own selfish ends. 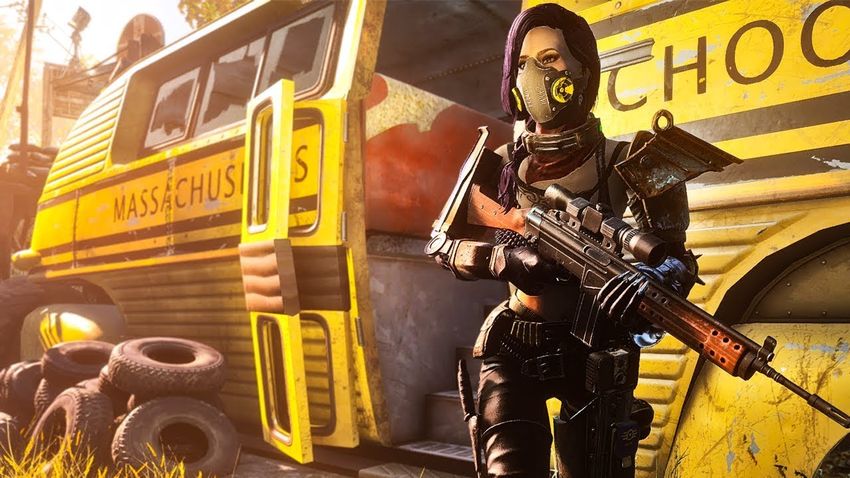 Along with the space opera Mass Effect and cyberpunk Deus Ex franchises, the post-apocalyptic Fallout series can be considered a part of the great trio of sci-fi action RPGs. The fourth installment in the series is once again brought to the table by Bethesda and it’s even more cinematic, more dynamic and more ambitious than its predecessors. With a PS4 gift card, it’s even greater, as lots of DLC content is available for the game right on the PlayStation Network.

Just like the previous Fallout titles, Fallout 4 is a newcomer-friendly release, as most Fallout games can be considered as self-contained stories, so there’s no reason to worry about being lost. The game takes place in post-nuclear war wasteland around Boston, with the story being set in retrofuturistic 2287. The player assumes the role of a custom made, fully voiced nuclear Vault-shelter survivor released from cryogenic stasis after more than 200 years. Fallout 4 presents better graphics, fluid FPS combat, the return of V.A.T.S. as well as customizable shelter and weapons not seen in previous games!

Speaking about Fallout, with the PS4 gift card you can also get your hands on the newest and hottest sci-fi RPG to date – The Outer Worlds. The game was developed and released by Obsidian Entertainment, the creators behind critically acclaimed and fan beloved Fallout 3’s spin-off Fallout: New Vegas. Star Wars Knights of the Old Republic II: Sith Lords is also among their games, so no wonder their latest project is tearing it up on the gaming market, being nominated for Best RPG, Best Narrative and Best Performance (Ashly Burch) in The Game Awards 2019.

The game is available on Microsoft Windows, Xbox Live and PlayStation Network making it easy to retrieve it with PS4 gift card. It’s one of the few games that belong to a science-fiction subgenre known as space western. Most notable examples of space westerns include anime series Cowboy Bebop as well as TV show Firefly and its subsidiary movie Serenity, from which The Outer Worlds takes a lot of inspiration. A private spaceship, interesting characters, well-written sci-fi story, smooth FPS combat are among many reasons why The Outer Worlds should draw your attention.

The most reliable way to engage in your sci-fi adventures on the PS4! 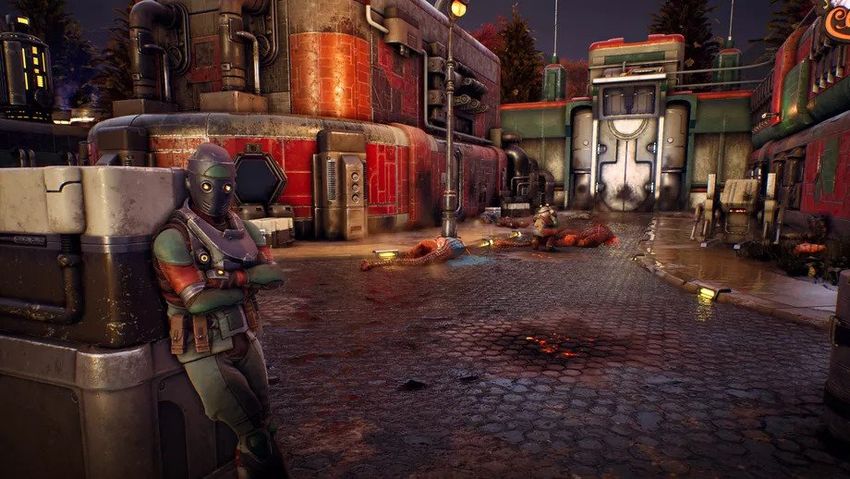 All of the mentioned titles are available on the PlayStation Network, along with their DLC expansions and that‘s just a small part of everything that‘s available on the PSN storefront! PS4 gift card, whether you receive it as a present or buy one yourself to increase your PSN account funds, is one of the most reliable and low-risk methods of purchasing games and other content for your PlayStation 4.

On top of that, you‘ll be saving more money as gift cards are often cheaper than the value they provide on the PSN. Explore the far reaches of space, cyberpunk urban sprawls, and post-apocalyptic wastelands starting today!