If you have ever been to a bank, a large supermarket, a cash-intensive business, or even a post office, you might have seen an intricate system of tubes and small plastic containers all around. Although you might know what they do and why they are there, you probably do not know much about how pneumatic tubes work.

This interesting system is quite a useful one in a wide variety of different businesses that would otherwise have a lot of trouble sending and receiving their important paperwork throughout the premise. Without further ado, let us see how pneumatic tubes really work. If you wish to learn more about them, make sure to visit wasecurity.com. 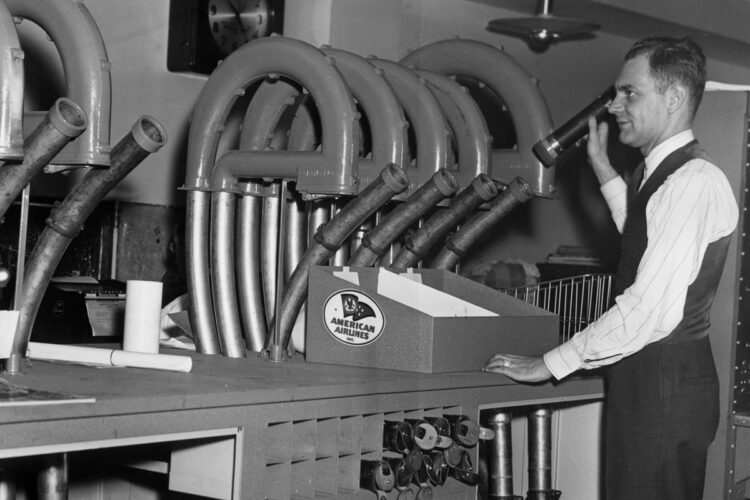 Pneumatic tubes, capsule pipelines, or pneumatic tube transport (PTT for short) are systems that propel cylindrical containers through a network of tubes using compressed air, or by partial vacuums. This way, solid objects can be launched through the tubes and delivered to different floors and far away offices.

The first models of these delicate systems started appearing in the 1800s when the prototypes were introduced. The early versions were used to transport mail most of the time, especially in huge cities that were still on the rise both in population and economically. These included London, New York, Boston, Paris, and Berlin, all major world metropolises and capitals still leading the way today.

Soon after, towards the end of the 1900s, pneumatic tubes became an integral part of the infrastructure, and buildings that were built from scratch had them incorporated and ready to use from the moment they were open. They reached its peak at the turn of the century when most if not all major post offices and services, as well as banks and similar bureaucracy-heavy establishments and institutions, had their own pneumatic tube network.

After the two world wars, however, they saw a decline in popularity due to new technologies, industries, and practices. Despite this, they are still a very important thing today as many different markets make regular use of them.

How Do They Work?

The system consists of different parts, all equally important. Here we will dissect them and talk about each in particular. 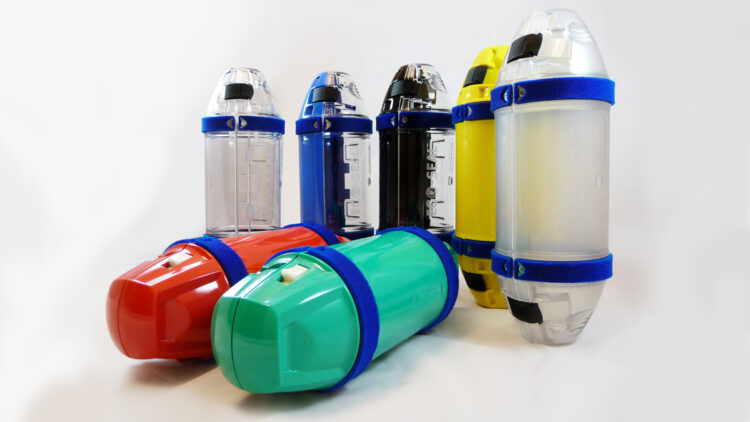 The capsules that contain the cargo are called carriers, and they are the ones that travel through the plastic tubes. Whoever needs to send something from point A to point B within the building, or a block of buildings even, packs the documentation or items inside, seals it, and places it in the dedicated tube opening. There are different sizes of carriers and they accommodate different systems and industries. There are those leak-proof and leak-resistant, perfect for hospitals, labs, and the food industry. The durable transparent material is used to make them, and they can last a long time. Also, they are quite easy to use and operate, as all you have to do is open and close the flap. There are cushioned skirts on both ends that allow smooth transition through the pipeline, and some have additional cushioning to prevent bumping and scratching. 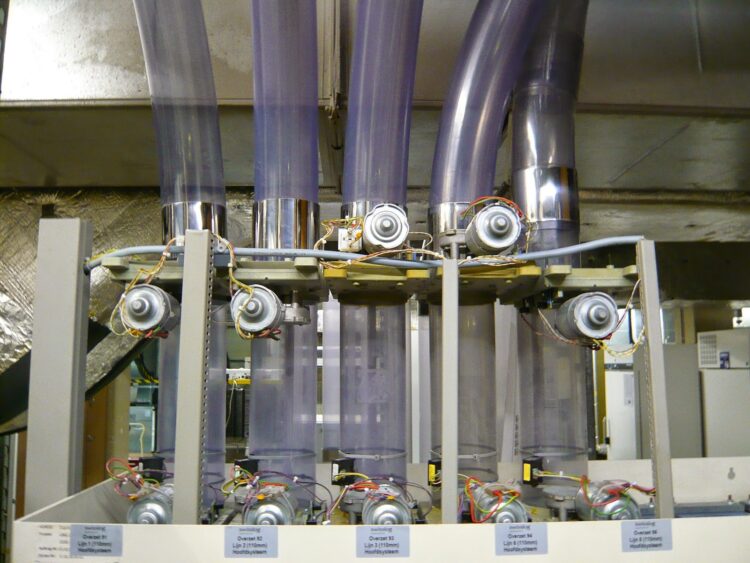 At the stations is where the employees send and receive the tubes. These ports exist on multiple locations throughout the establishment in question and are either operated by dedicated workers, or they sit and wait for anyone with a package to approach and do it themselves. There is special software installed in the stations with a user-friendly interface. This is how the employees choose which station to send their carrier to. Lastly, there are two types of stations. The first is a one-way pipe that both receives and sends packages, connected to several stations. The second consists of two diverging paths, one for sending and one for receiving, both of which lead to several other stations. It is quite challenging to connect everything and install the whole pipeline, which speaks volumes about how important and delicate these systems are. 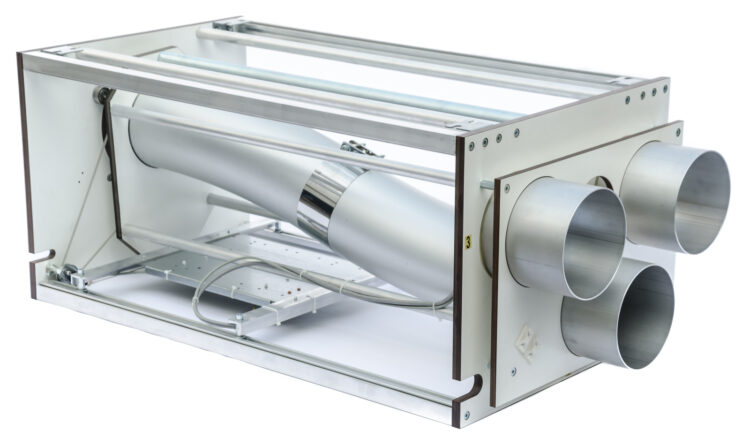 If the package is to safely arrive at the destination, it has to turn and change the right pipes and navigate through the traffic. This is where diverters come in, which are used to create branching paths in the whole pipeline. The more complex the system, the more diverters it needs in order to create multiple path combinations. Think of them as intersections the railways since they are able to change the direction by switching and turning several pipes. This all happens quite quickly and it is easy to miss even if you fixate your eyes on the pipes. 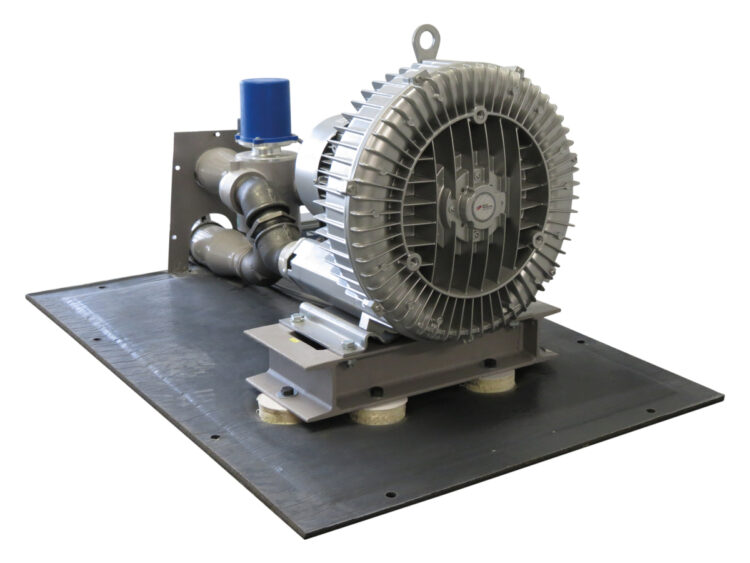 None of this would be possible if there was no air to move the carriers through the pipes, to pick them up and deliver them to the stations, and to push them through the diverters. Therefore, pneumatic tubes need blowers to work. Blowers are essentially fans that cause the plastic containers to move around and quite impressive speeds. They work by creating a difference in the air pressure between two ends of the pneumatic system. This presents itself in the way that the blower sucks the carrier through a tube, similar to how you would drink your favorite beverage through a straw. Blowers move the carriers at an average speed of around 25 feet per second. The motors that power the blowers are switched off and on when needed, which is controlled through the station interface when you choose the destination.

Where Are They Today? 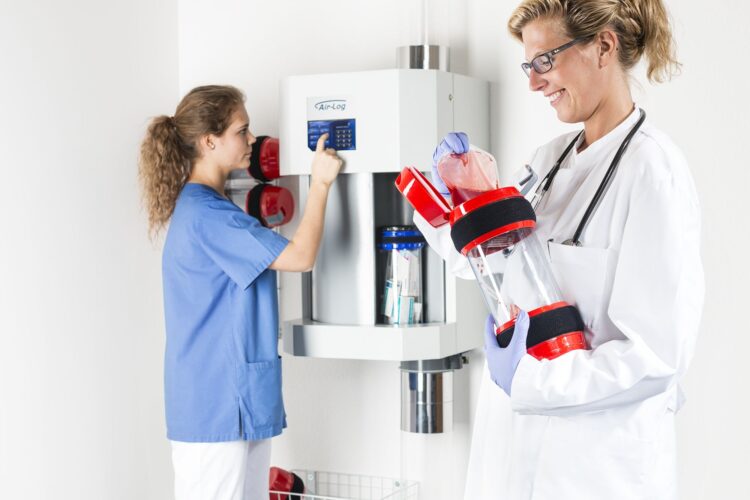 As mentioned, pneumatic tubes are long past their prime, but that does not mean that they do not have a place in modern society. On the contrary, many businesses crucial for our everyday lives depend heavily on pneumatic tube networks. For example, banks, retailers, plants, logistic firms, theatres, casinos, warehouses, and supermarkets all rely on them to move around their confidential documents, materials, as well as cash. Most of the important administrative offices of such companies have stations installed in them, with the pipeline going all around and between the walls, ceilings, and floors.

The healthcare industry also uses tubes on a daily basis to move drugs, blood samples, vials, documents, and a ton of sensitive materials. Last but not least, even government buildings make use of them to quickly send and receive documents when signatures are needed. All in all, practically any organization that has to move relatively small and light goods all the time benefits immensely from a pneumatic pipeline and its little carriers, which means they are not going away any time soon.