Gaming is becoming more and more popular these last couple of years. What once was “entertainment for little children”, is now a huge industry that is accepted throughout the entire world. People of all ages start to understand the possibilities of being a part of this world.

Professional gamers, streamers, YouTubers, and even the average gamer are making thousands of dollars just by playing video games. So, I wouldn’t be surprised if you’re also interested in becoming a part of the esports world. 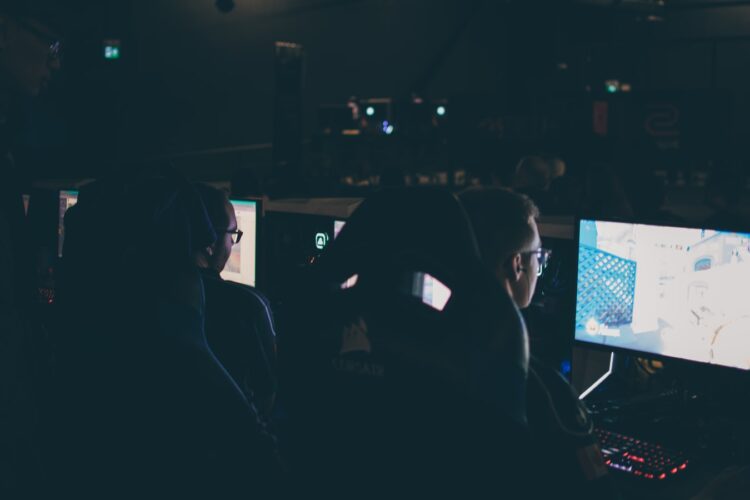 However, you will need to understand that getting into Esports is not easy at all. It is a complicated process that requires you to invest a lot of your time and money. I don’t necessarily mean you will have to spend money on computer gear, but the time that you will spend training in video games will equal a loss of money.

Although, do not give up hope because the chances of getting into the competitive world of video games are quite high. The entire industry is still very young which means the possibilities currently are endless. Right now, it doesn’t matter whether you are a child, a teenager, or an adult, you can still be as good as the best ones out there. Boosting games are quite an advantage for most gamers, especially when it comes to winning any kind of game. That’s why Pro MB Gaming is doing its best to offer game boosting services to achieve any competitive gaming.

Assuming that you are dedicated to really be part of Esports, here are some tips you can use to help yourself speed up the process. 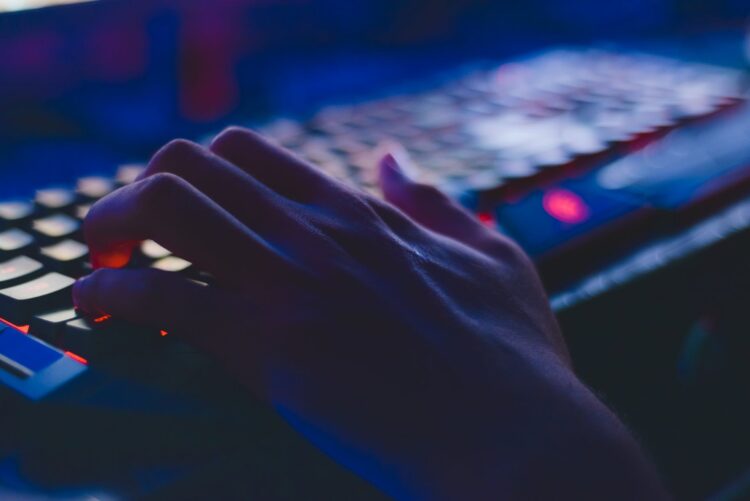 The first thing you will need to do is decide on what device you’re going to play. You have the option of several different platforms, but the most popular ones are PC, PlayStation, and Xbox. I can’t exactly tell you which one of these is best, that decision is entirely up to you.

Although, if you are the type of person that prefers the use of a keyboard and a mouse, then the PC World is for you. PlayStation Esports rely completely on a controller, the same as Xbox.

I do believe I should mention that right now, the PC competitive world is currently the most popular one. This is because video games such as Counter-Strike Global Offensive and DOTA 2 are on the PC platform and you won’t be able to play them on PlayStation or Xbox. And there are also some titles that support a cross-platform competitive scene such as Fortnite or Apex legends.

It is time to pick the game 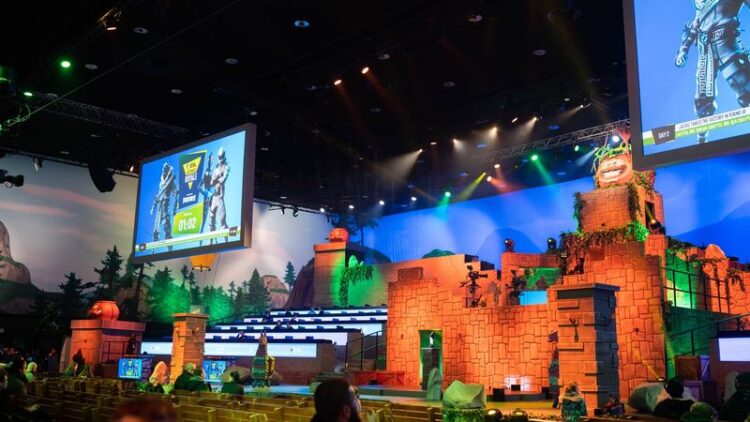 When becoming a professional gamer, there is one harsh reality that you have to accept. From this day on going forward, you will need to dedicate almost all of your time to just one single Esports title. Of course, you always have the freedom to play something else, but if you truly want to go competitive, you won’t have the time to play anything else.

In other words, the decision that you will make right now will decide your future in the Esports world. It is important that you take things slow, try out different video games, and decide which one is the best for you. Of course, even if you don’t feel comfortable after a thousand hours in CS: GO, you can always switch to a different title. But, once you start playing competitive, this transition to some other title will be very difficult.

So, what’s it going to be? Do you prefer first-person shooters, third-person shooters, or maybe you are into strategies? Your options are almost unlimited. There is DOTA 2, League of Legends, CS: GO, Apex Legends, Call of Duty, Fortnite, Overwatch, Rocket League, Destiny 2, and many more. 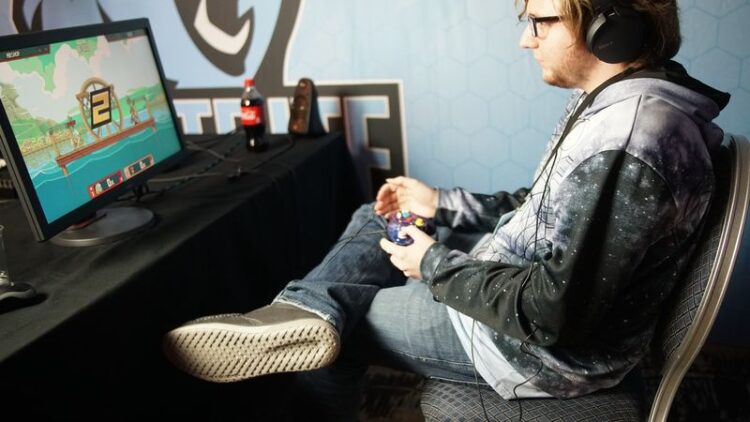 To become a part of on Esports team, you will need to have something to show for it. Your level of skill should be comparable to those of professional gamers. You cannot expect a competitive team to accept someone that doesn’t even know the basics of the video game.

So, naturally, your first step is to start training. And how can you train? Well, playing is training. The more time you invest in the title you have chosen, the better you’ll get at it. For example, the best Counter-Strike players right now have over 10,000 hours in it. Just imagine how much commitment and dedication 10,000 hours required. That is more than a year of sitting in the same seat and playing the same game over and over again.

Although, if you’re having trouble starting out and understanding how a certain videogame works, you should look for a bit of professional help to speed up the process of learning. For example, many of today’s professionals in Destiny 2 have previously hired a carry to help them understand the basics of the PVP. According to lfcarry.com, you will be able to learn a lot by hiring a coach that will guide you through the PVP experience in Destiny 2. 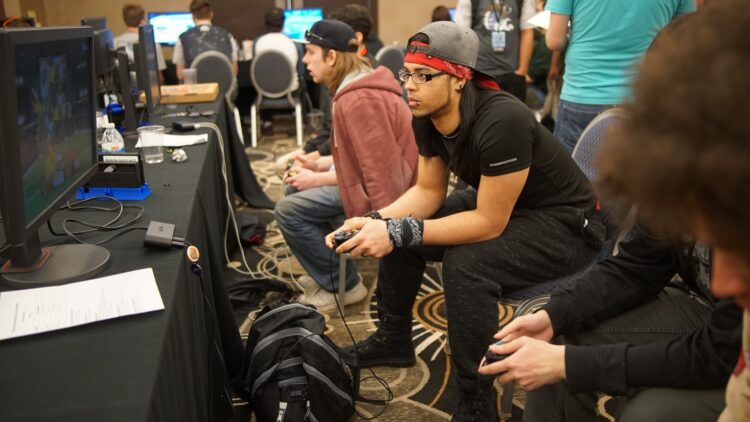 Competing for a championship while being watched by hundreds of thousands or millions of people is not easy. The pressure is huge, your team realizing you, your friends and family members are cheering for you and with all of this stress, you will still need to perform better than ever. This is something that most of us have never experienced. To understand what it feels to be against so many good players and to be under that pressure, you will need to start being a part of a local tournament.

In these local tournaments, you can improve your skill, learn new techniques, and feel what it is like to be seriously competitive.

Time to become a part of a team 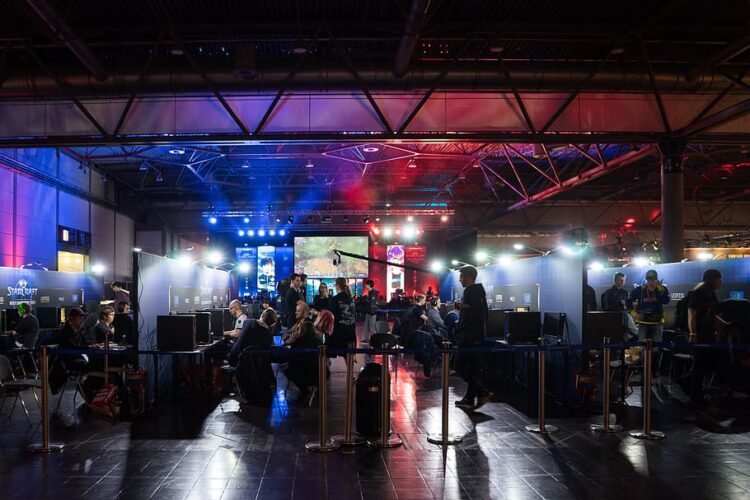 Your last step of becoming part of the competitive gaming world is to find a team that will sign you. Once your level of skill is high enough, you should submit your application to any of the competitive teams around the world. If they find your skill to be impressive, they will probably take you to their team.

After reading through this article, I am sure that you now understand that becoming a professional player is not easy and that it takes a lot of dedication. However, I hope this won’t discourage you to pursue your dream.