Mount Etna is one of the most famous and well-known volcanoes not only in Italy but in the entire world. It’s considered a traveling sin if you visit Italy but don’t visit Mount Etna, a volcano so special that the locals revere it with dedication and zeal. Mount Etna is gigantic and the views it can offer are unparalleled. Since it’s an active volcano, there is a big chance (and one of your only ones) to see it erupt and see the lava flow over the mountain.

It’s one of the most beautiful sights to behold.

If you travel to Italy, especially Southern Italy, then you have to make sure you visit Mount Etna at all costs. According to Sicily Active, one visit to Mount Etna can permanently change your perspective on life and that is no exaggeration. When you visit Mount Etna, it will surely be the experience of a lifetime and we promise that you won’t regret visiting it. If you still aren’t convinced, in this article we’ll list several reasons to visit Mount Etna at least once in your lifetime. Read the article till the end to see just how amazing Mount Etna is.

The most significant landmark in Sicily and Southern Italy 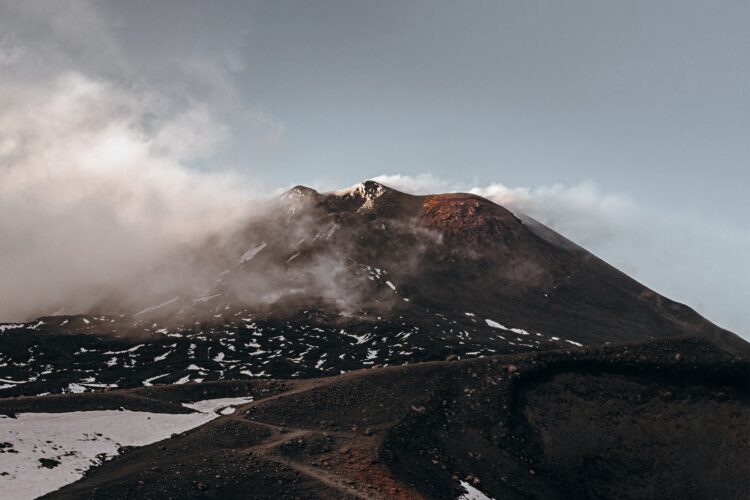 If there is one thing every Sicilian prides himself on, it is the glorious Mount Etna and its surroundings. Mount Etna has been part of Italy’s history for centuries and also a major influence in Greek mythology as well as Greek history when they inhabited the Sicilian Island. Many legends and stories have transpired from Mount Etna, thus making it one of the most influential landmarks in Italian history.

For us travelers, Mount Etna just might be another mountain and volcano but the locals who live on the slopes and foothills of Mount Etna are dedicated to it. They consider Mount Etna as their mother and some even consider it as their lover giving it an importance as if it was a living person.

Mount Etna’s soil has valuable nutrients that supplement its produce and vineyards and make the region around Mount Etna the wealthiest region in Sicily. Even before you take a step on Mount Etna, you’ll be blown away by the locals’ dedication to the mountain. Mount Etna’s importance is enough reason to visit it.

It still erupts and is gigantic in proportions 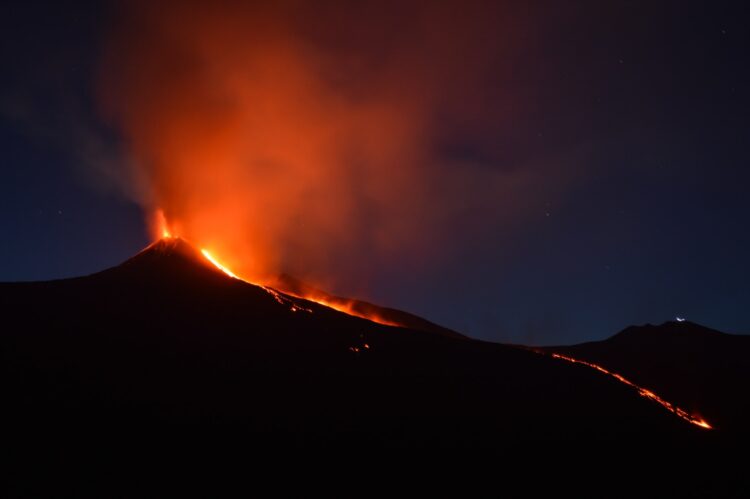 Active volcanoes are very rare in the world, and Mount Etna is the largest one in Europe. If you haven’t seen a volcano erupt before, let us tell you that it’s a mesmerizing sight of nature’s true glory and power. When you see the volcano erupt and lava flow from its craters, you just stand still there, trying to fathom what just occurred. It is said that seeing Mount Etna erupt at night, under a starry sky is one of the most beautiful sights that you can see in this world.

It’s very gigantic in size and proportions – you can see Mount Etna from half of Sicily on a spotless day and when it erupts, it lets the entire Sicilian Island know. It takes almost an entire day of driving, hiking, and going through cable cars just to get anywhere near the top of the mountain. If you are worried about safety, then worry not, because you will be safe as long as you keep a safe distance from the lava and mountain edges and follow your guide’s instructions. 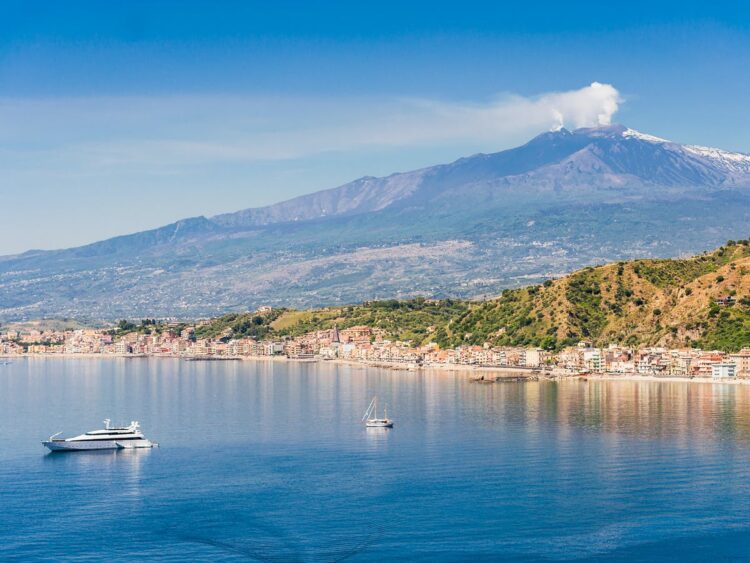 Right when you start your hiking trip from the base of Mount Etna, you travel through the woods of the Etna National Park. When autumn comes, these woods turn to vibrant and beautiful colors of orange, yellow, dark brown, and maroon red. You realize the beauty of nature and the serenity that comes from passing under the shades of these woods and the sights only get better as you move upwards toward the mountain.

As you keep going up and up, you realize how vast and beautiful the mountain is. The scenic views you get from the height are mesmerizing. Starting halfway across the mountain, you can start seeing the entire Sicilian Island. Depending on the side you climb from, you can even see the sea all the way from the mountain and it’s one of the sights to behold. You can see the towns on the foothills of the mountains, the vineyards that have placed themselves on the slopes, the orchards, and various other things that give you a deeper insight into Italian culture that only a few things in the world can achieve. 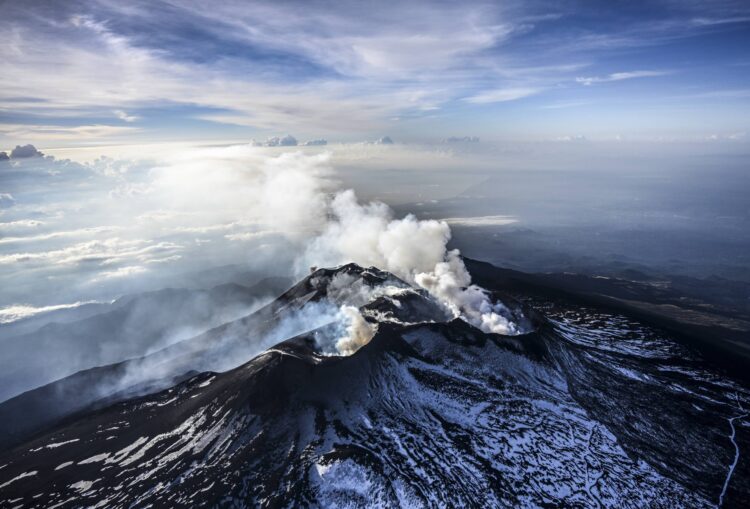 Believe it or not, you can go skiing, snowboarding, and even mountain biking on Mount Etna’s volcanic slopes of ash. Ash skiing is actually a very popular sport among Sicilian millennials and is also one of the most exciting ones. Since Mount Etna is so tall, and if you go in winter, you can even ski on actual snow though in our recommendation, skiing on ash is an experience you won’t get anywhere else and you should definitely try it.

Mount Etna is also home to one of the best wines in Italy, and it’s a fact that local winemakers pride themselves on. If you are a wine enthusiast, you should come to Mount Etna to taste the rich wine grown from the vineyards on the nutritious soil from the mountain’s slopes. Mount Etna also produces the richest organic fruits like apples, strawberries, and oranges. In fact, Mount Etna is quite famous for its multiple varieties of oranges.

If you come to Mount Etna, which we definitely think you should, we strongly recommend you to take the organic and nutritious produce along with you to eat on the way. Taking a bottle of your favorite wine wouldn’t hurt either. We actually think it would be impossible to resist after going to the wineries on the mountain’s slopes and tasting a true Etna wine.

There are many more reasons to visit Mount Etna and listing only four of them doesn’t do it justice but if we were to list all of them, the article would get longer and we also think that there are some things to Mount Etna that are better experienced than reading them online. We hope you like this article, and if you did, please consider following our website for regular updates as it will help us out immensely.