It has now been announced that Samsung will release its OLED screen, its first one. It would have 15.6 inches and its resolution would be 4K. This is not a surprise since OLED displays have become to take market rapidly. The display would be available this year, 2019, at CES. The biggest thing is that the display would now be used in the production and designs of notebooks, and thus revolutionize the production in this field as well.

The production would be entrusted to Samsung’s manufacturer specialized for this kind of work, and it needs to be added that here are nine facilities that Samsung owns that are in charge of the production of Samsung’s products. The production is expected to start in February 2019. We would need to see which lap top models would use this display, but some of the manufacturers, i.e. Dell and HP, have announced the products with this displays. 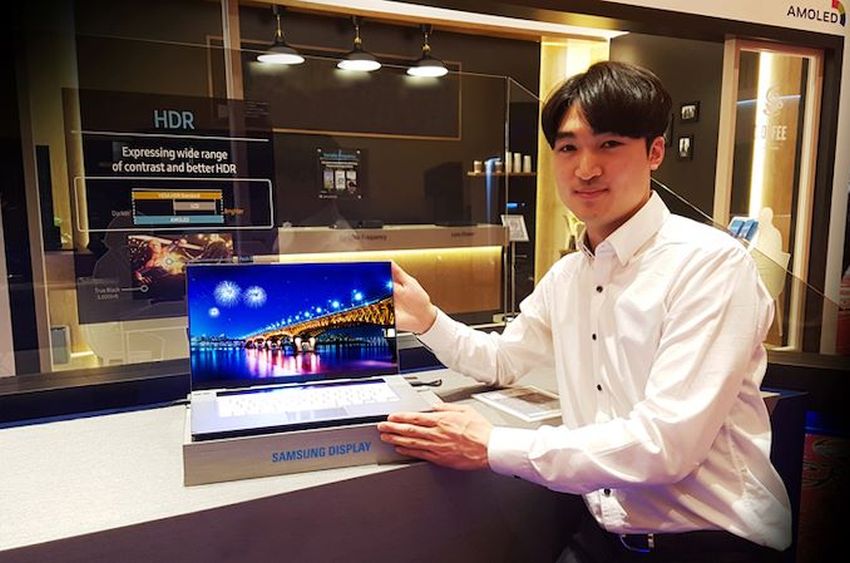 HDR resolution that would be used on these displays would be excellent since UHD OLED panel would be used with bigger volumes of color, by 1.7 times. Furthermore, the display would be capable of showing 3.4 million colors. 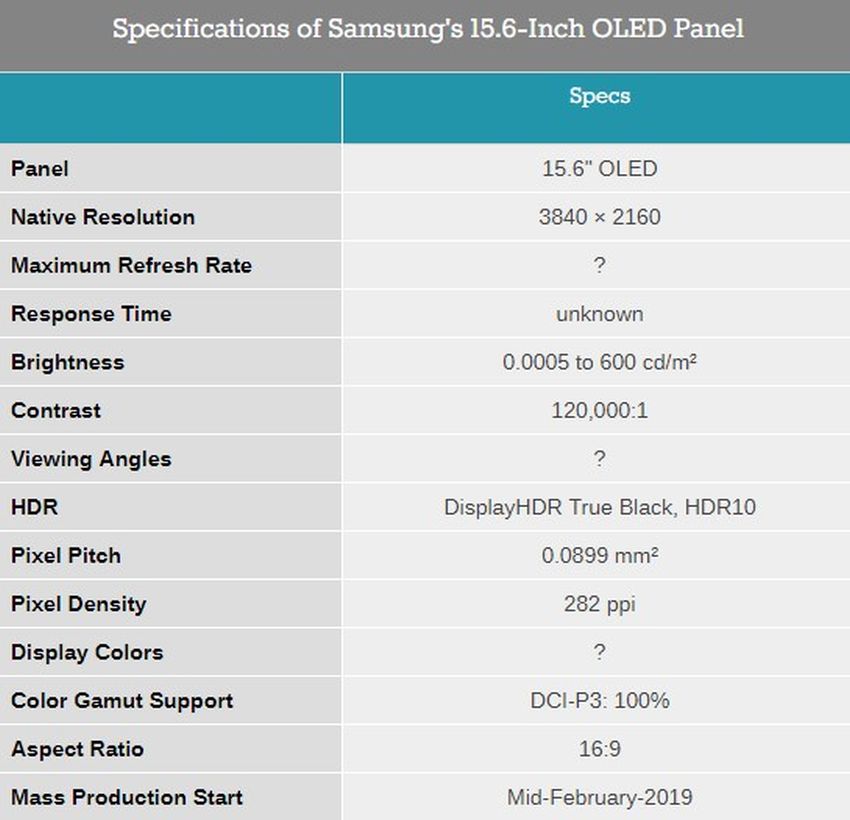 Regarding the brightness, it would range from 0.0005 to 600 nits while the contrast would be 120,000:1. The manufacturer has confirmed that the color resolution and detection for this display would be the same as one of the human eye. In comparison to LCDs, this one would be thinner and energy efficient. However, this would come with a higher price, in the range of $50-60 higher than an LCD.