Early into the Trump administration, a number of import duties and tariffs were introduced, which made it much more expensive to import goods from China.

At first glance, this may have appeared to be a good thing.

I mean, increasing the cost of importing overseas goods should increase our reliance on home grown products, right? And this should, in turn, provide our economy with a much-needed boost, right?

While these tariffs may have been introduced with good intent, they have completely backfired.

These increased import costs have ultimately heightened the running costs of small businesses across the United States. This increase in price has then been passed onto consumers, which has led to a reduction in national spending.

In fact, the introduction of these import tariffs has reportedly increased consumer costs by a whopping 57 billion dollars per year.

All of which has had a negative effect on consumer confidence and the US economy at large — which is obviously not good for anyone.

However, the good news is that we have found a solution…

The Magic of Canadian Fulfillment

One of the more effective modern-day business strategies is to find top quality products from China, import them in bulk, and then sell them on at a profit.

And when I say effective, I mean effective.

Chinese made goods were once considered inferior to those made here in the US. However, over the last 50 years, China has undergone a serios industrial revolution, increasing their production capabilities beyond what many believed to be possible.

As a result, you can now import high quality products from china at an extremely low price point – making them extremely desirable to US consumers.

But since the introduction of Trumps import tariffs, this business model has become much more expensive, and much less feasible.

Well, until the magic of Canadian fulfillment appeared.

Since 2018, we have seen a number of Canadian fulfillment companies appear close to the border between the USA and Canada.

Which is of significant benefit to business owners across the nation.

These companies provide a service that completely removes the import tariffs and duties imposed by Trump, returning your business to a more profitable state in the process.

In short, they act as a middleman between your wholesaler and your customers.

What do I mean by this?

Well, let’s use the company Stalco as an example.

After making contact with Stalco, you can organize your Chinese goods to be delivered to their distribution center in Canada. They then break up your order into single items and send them out to your customers for you.

This not only makes your life a whole lot easier, but it also removes those nasty tariffs by using a little-known clause called “Section 321”

The Power of Section 321 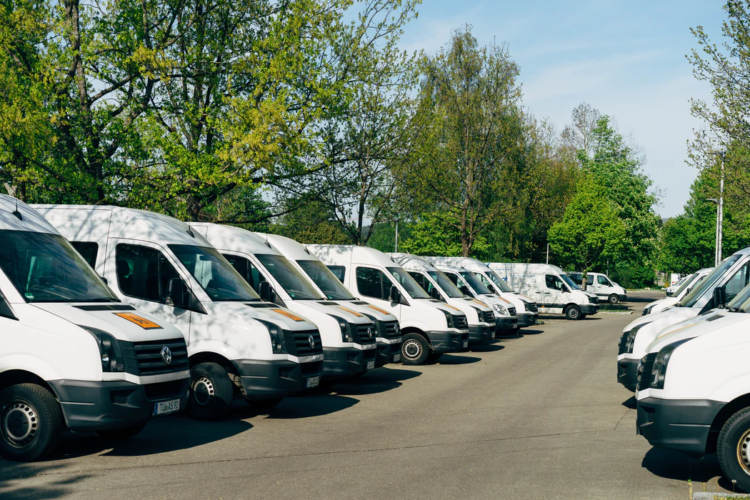 In short, a Section 321 is a specific type of good that passes across the Canadian-American border completely tax and duty free.

Which means that if you can get your Chinese goods classified as a Section 321, you can get them over the border at a fraction of the expected cost.

Now, the thing to be aware of here is that not just any import can be classified as a Section 321. To gain this classification, an individual shipment cannot exceed 800 USD. Within this, you cannot simply break up a single order into multiple smaller shipments to gain the classification either.

This means even if you have multiple smaller shipments entering the country, if they are from the same supplier, or under the same purchase order, they will not be able to get classified as a Section 321.

Which is why Canadian fulfillment companies have become so damn popular amongst small American businesses over the last couple of years.

Once these companies have broken up your large order into smaller items, they can send them across the border as individual packages under individual order umbers. As such, they can classify each of them as a Section 321, completely eliminating the import costs you were previously going to face.

This is an absolute game changer for small American businesses.

As I alluded to above, since the inception of the internet a vast number of people have been making a living by importing Chinese goods and selling them for a profit.

Chinese produced goods generally have a much lower production cost than those made in America. They can also be bought in bulk, making them the perfect option for small businesses.

But once the tariffs were introduced, the cost of importing smaller goods like toys, phone cases, homewares, and auto parts, increased out of sight — to the point where the costs of importation practically exceeded the cost of the good itself.

Which is why so many small businesses have gotten help from companies like Stalco to reduce these costs.

As a bonus, these savings can be passed directly onto your consumers, where you can sell your goods at a lower price point. This can increase business, having a seriously positive effect on your net income on a weekly basis.

Talk about a win-win.

And before you ask, while Canadian Fulfilment might seem like a dodgy way to reduce the cost of imports, it is completely legal — so you have nothing to worry about.

The only time you might get into legal trouble is if you tried to import Chinese goods into America and classify them as “made in Canada.” An example of this would be getting 10,000 phone cases shipped in from China and then slapping “Canadian Made” stickers all over them.

This process is known as “illegal transshipping”, and it is illegal because it has avoided Trump’s tariffs using deception.

This is very different to using a Canadian Fulfillment company to get your orders classified as a Section 321, which is completely legal – and extremely effective.

If the recent import tariffs have been impacting your business, then look no further. By opting to use a Canadian fulfillment company, you can get your goods classified as a Section 321 and completely eliminate import costs in the process.

These savings can be passed onto your customers, creating the perfect win-win situation.

So, if you are a small business owner locate here in the US, look no further – we have found the solution to all your importation issues.