Who would say that such tiny objects like rubber bumpers could be implemented and used in so many spheres and for such a large number of purposes? Yeah – it’s crazy. These are one of those things that we see every day, without even being aware of the fact that they’re present at almost any place or object we look at.

For the ones who aren’t quite sure what we’re talking about – bumpers are small rubber pieces of gear and their main purpose is fixing slippery or unstable objects to the surface or another thing or mitigating the so-called shock between them.

Friction leads to decrepitude and faster damage to many appliances, pieces of furniture and a bunch of other units that we use on a daily basis. Therefore, we shouldn’t be surprised by the fact that these mini components actually have such a wide application.

Kitchens, vehicles, furniture in your living rooms, home appliances, audiovisual gear, and numerous other spheres are just a few of the fields where you’ll find these. However, there’s not just a single type or just one form – various facilities require diverse solutions and, thanks to that fact, the market boasts an excellent selection of quality units for all occasions and purposes nowadays.

In order for you to get informed and learn more about them in case you need them (and we believe you do if you’re reading this text right now!), we represent you some of the frequently used types of rubber bumpers for your household. 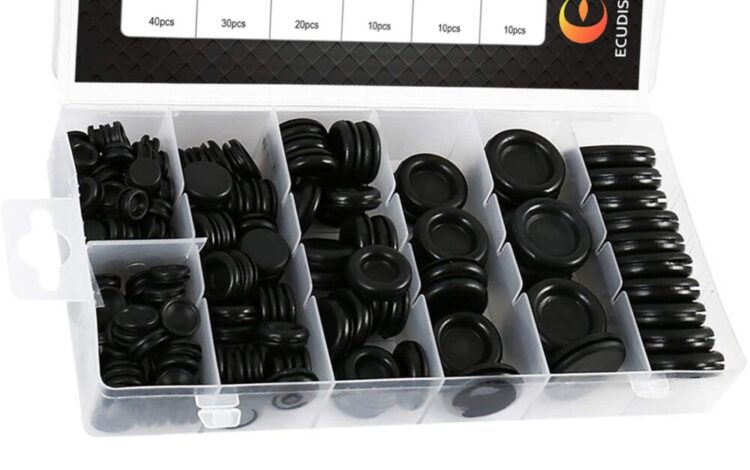 Let’s say that there’s a certain round hole in the shelf or the surface where your TV, PC or any other device is located, which requires several types of cables to be led to the power source. In case it’s cut in such a way that its edges are sharp and not round and smooth, it’s not unbelievable that they might get torn or damaged during the pulling or moving of the cables. Grommet bumpers exist precisely to prevent such incidents.

This is the type of unit that’s there to fill the existing cavity or hole, provide protection and some kind of insulation, dampen vibration and go well with metals. These are mostly cylindrical, but the variants differ depending on the application – there are cut-to-size, expandable and locking grommets, as well as the split and high-temperature ones. 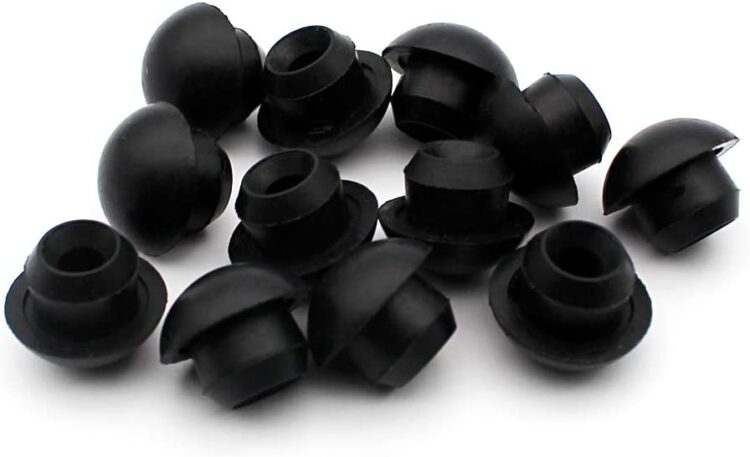 This type is similar to the previous as it’s also used for holes, but don’t be fooled by that, since there’s a pretty big difference – these close them, just as their name suggests. In essence, multiple shapes and forms of rubber units are used specifically for this purpose and you’ll usually find at least a dozen variants depending on the size of the hole, purpose, and other factors.

Plug bumpers prevent the airflow from passing through the hole, therefore they need to be fitted perfectly and be in the right size for their application to be successful and in order not to leave gaps around them. You can often find sets with more sizes and shapes on the market and also use them as needed, depending on the situation. They might be implemented as feet for furniture, chairs and various pieces of equipment, too. 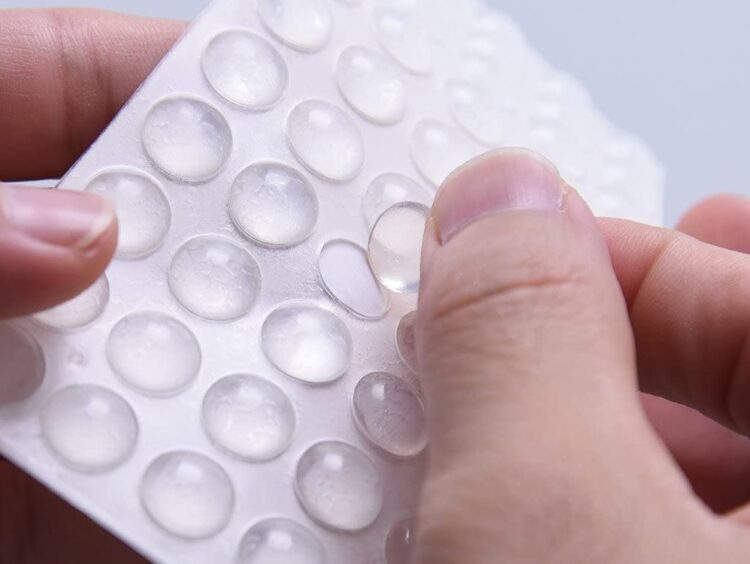 Adhesive bumpers may have the simplest and fastest way of installation, since only a few seconds are enough to peel off the protective foil and place them wherever you want, just like a sticker. On Amazon, as well as in numerous other online stores you’ll be able to find whole sets, up to 84 pieces per set (and sometimes even more) and it’s quite affordable if you need a larger quantity.

Apart from this, it could be said that this is one of the favorite variants – now, whether because of the ease of handling or because of the efficiency, it’s an individual matter for each customer. Like the previous type, they can serve as feet for furniture, but their application doesn’t end there. They’re an ideal solution for cabinet doors, laptops, drawers and cutting boards, due to the fact that they fix these objects to the surface of any type or insulate one side of the object from the other, preventing friction and collision. They stick easily to most materials and you shouldn’t have a problem with falling off or improper functioning.

That’s right – although they were originally made of rubber, these components have a built-in nail-like extension that allows screwing and fastening to certain surfaces. It’s a common choice of those who want to decorate the room and install not so heavy decorative objects, for example, lamps or mirrors. However, they can also be attached to sliding or cabinet doors.

In case you’re worried about those ugly marks that sometimes remain after removing certain fastening components, you don’t have to be afraid of that here thanks to the non-marking system, as the rubber won’t stain or ruin the surface on which it’s located. They come in diverse colors, enabling you to customize them and match with the colors of the device or the accessories you’re trying to attach them to.

Apart from these, we also have various other types, like the cylinder, recess or pocket ones. Each and every one of them tends to have its own major purpose, and sometimes you can choose between a couple of options when you have a determined situation and you’re searching for the solution.

Regarding the shapes, these are mostly regular forms – the above-mentioned cylindrical ones, which could vary from oval to completely elliptical, but also rectangular or hemispheric versions. They all do the job quite well, the only concern is to fit them well and match them with the objects that are supposed to be fastened by them safely and securely.

As in almost any other sphere, there’s a possibility to make custom ones as well, as maybe sometimes the options offered don’t satisfy our needs quite well. That’s precisely the key to success of EtolRubber, for example, as all the customers have a chance to make their practical wishes come true and get the customized pieces of an amazing quality quite quickly.

Now when we’ve shown you the most common types of rubber bumpers, you’ll be able to have a closer look and decide much more easily about the option that fits your situation better. Whether it’s a DIY project, a home redecoration or fixing an old device, it’s good to know more and make sure you purchase the best ones!