Toronto is an amazing city full of different people living different lives in different neighborhoods, each more beautiful than the other. Toronto is a place that anyone can call home, no matter their race, color, or sexuality. Simply put, Toronto is a beautiful city filled with beautiful people. It’s a large city with lots of neighborhoods and districts that will allow you the freedom and the feel-good factor is present as well.

But what are the best neighborhoods to live in Toronto? In this article we are going to take a good look at some of the best ones, so stick around and find out.

Yonge and Eglinton is a neighborhood that has been the most desired location to live in the city. The area has undergone some serious development boom in recent years, but the popularity was there even before that. Located in the upper parts of midtown, Yonge and Eglinton has some of the most iconic bars in the whole of Toronto, the Duke of Kent and Rose and Crown. The area has everything a person would imagine needs. Grocery stores and supermarkets are stocked with every single thing under the sun. Medical offices, Fire stations, and Police precincts vouch for your safety at all times. You can easily navigate through the entire city by using the subway and bus stations. And the area has some of the best restaurants and bars that will keep your boredom at check. 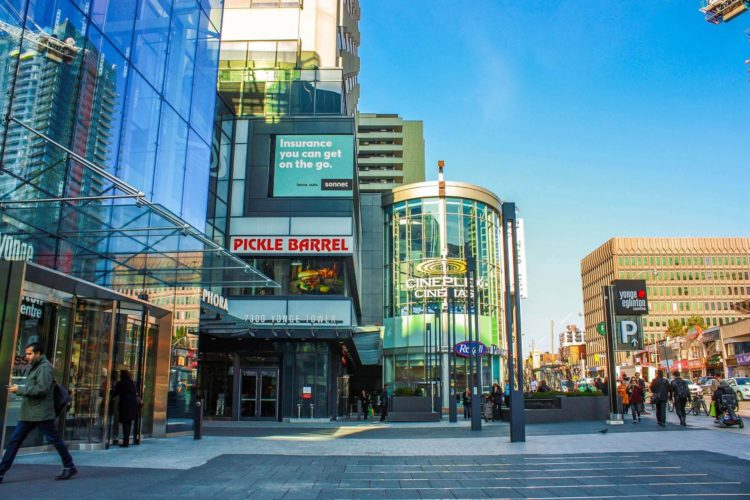 This East end of Toronto Downtown has been going through a huge makeover with several modern business & residential condominiums launching in the area. River and Fifth Condos, a 38 storeys residential tower, with amazing quality & high end amenities is our top pick for Regent park neighborhood. Designed by top architects, It lies in the centre of Corktown, and minutes to Riverdale, Queen East, Distillery District, Leslieville, the St. Lawrence Market. With East Harbour less than a kilometer away, that has 60 acre of new developments planned, & all the transit options nearby, Regent Park is the place to be. 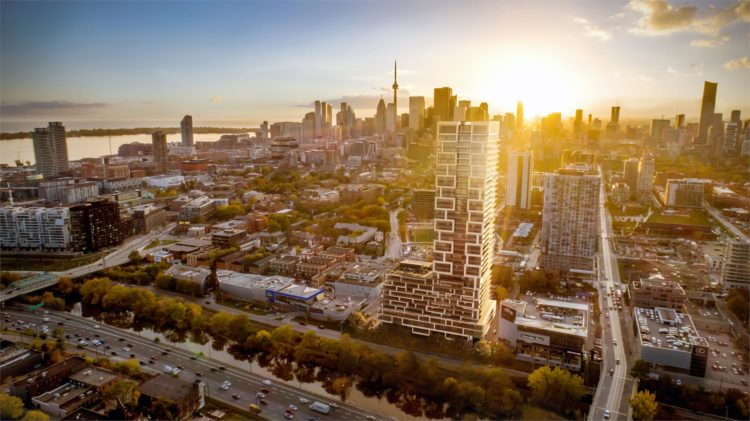 Known as “The Village” due to the LGBTQ community, Church and Wellesley are one of the friendliest and beloved neighborhoods to live in Toronto. It has the best community in the entirety of the city due to the friendliness of the people. The neighborhood is quite progressive since it is the enclave of the LGBTQ community. With lots of amenities and things to do, The Village is home to the widely famous Nutella café. This neighborhood hosts the brilliant Pride Parade each summer, and the area is party central for the whole of Toronto. There’s a popular saying that there is an event going on each day in The Village. So if you’re a more relaxed and young person who doesn’t mind going out and meeting new people, The Village might be the best possible option for you. 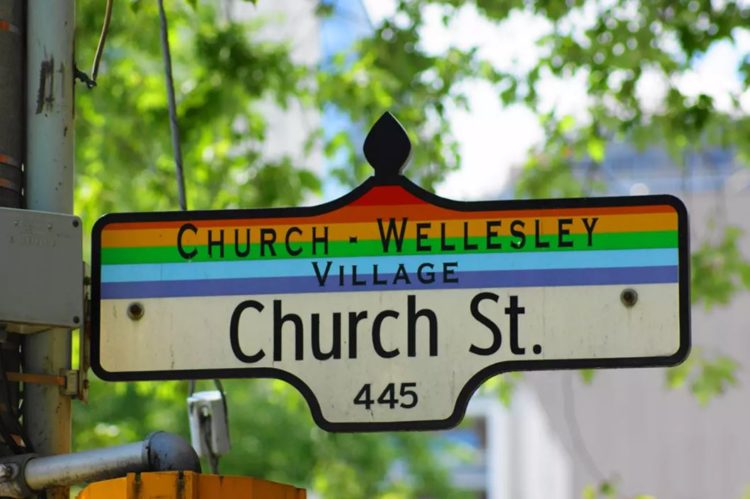 Another “village” on our list and this one is also full of young people who are eager to make a name for themselves. The neighborhood is home to the young and creative workforce of the city of Toronto and it’s shown through the various warehouses that have been converted into company offices. This gives the neighborhood a cool and aesthetic, modern and fashionable look. Liberty Village is located on Lake Ontario, which makes it perfect for those who like to do activities in around the lake, but the lack of subway access is a big hit for the entire neighborhood. 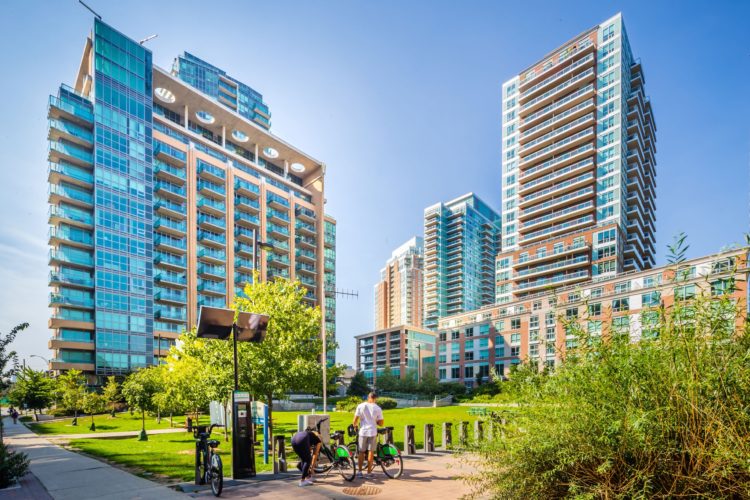