Pizza has become so widespread throughout the world that it is no longer considered to be an Italian dish. It is considered as part of the global cuisine, and there is not even one place in the world where pizza isn’t consumed.

However, there are various types of pizzas since each, and every nation has tried to make them according to their ethnic and cultural preferences. We can for sure say that pizza is the most consumed fast food in the USA. 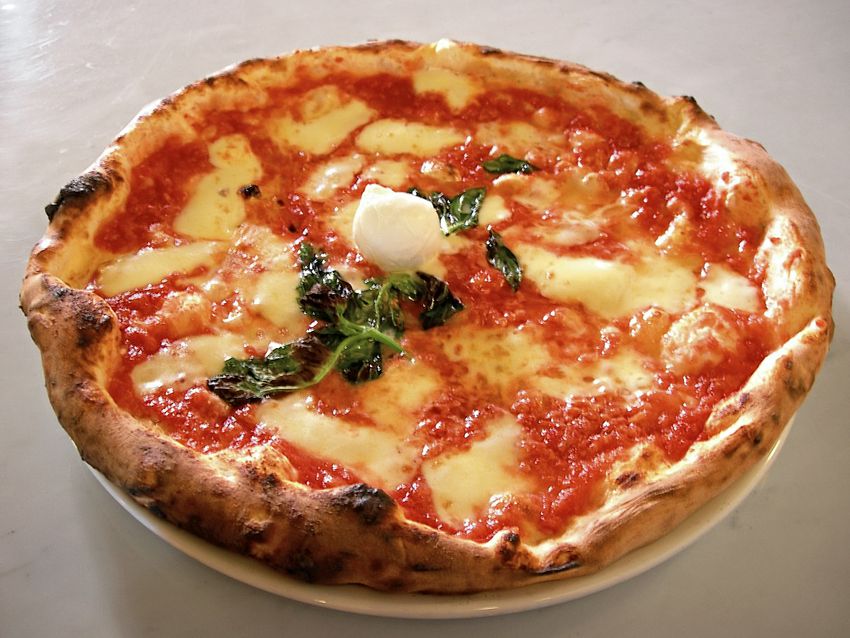 There are dozens of types of pizza in the USA, from the vegetarian ones to the ones that are one meter in diameter. Here, we will talk about the most popular ones in the USA.

When the immigrants from Italy started moving to the USA, they also brought their eating habits. The first thing they brought was pizza. Neapolitan is the first among the pizzas that have arrived in the USA with people who came from Italy. 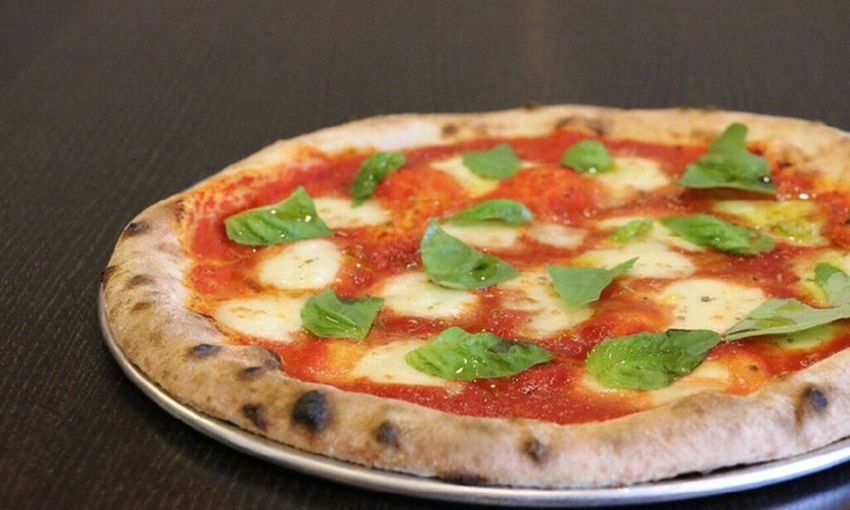 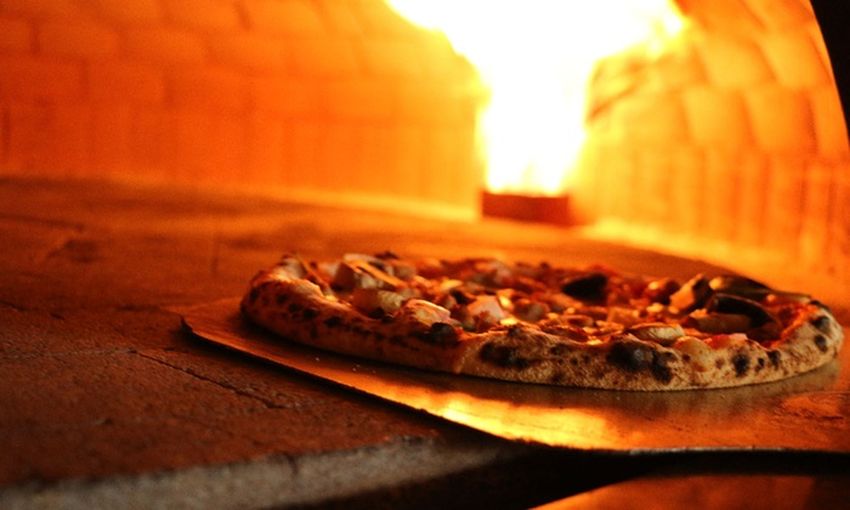 The first one became popular on the East Coast while California-Style is the pizza variation that is very famous on the West Coast. The dough is pretty much the same, but this one is a bit extravagant and updated to use salmon and duck sausage. 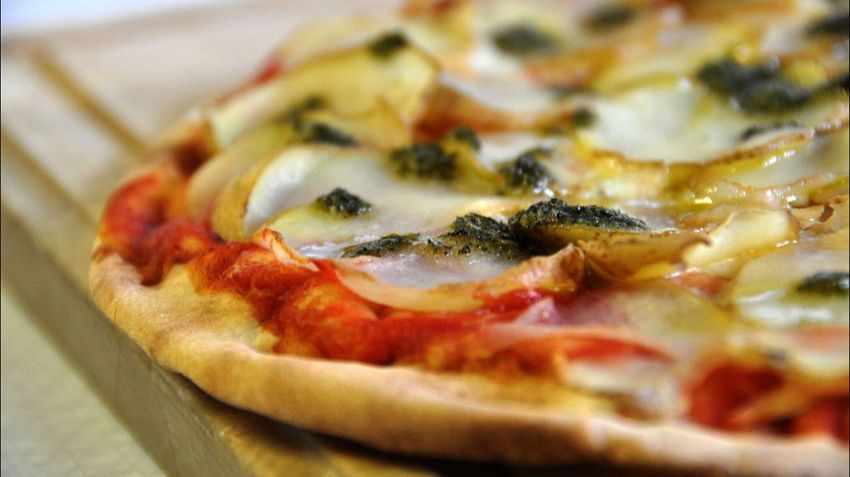 The man who made it first was a Chef called Ed LaDou. He is also the man responsible for the creation of BBQ chicken pizza. 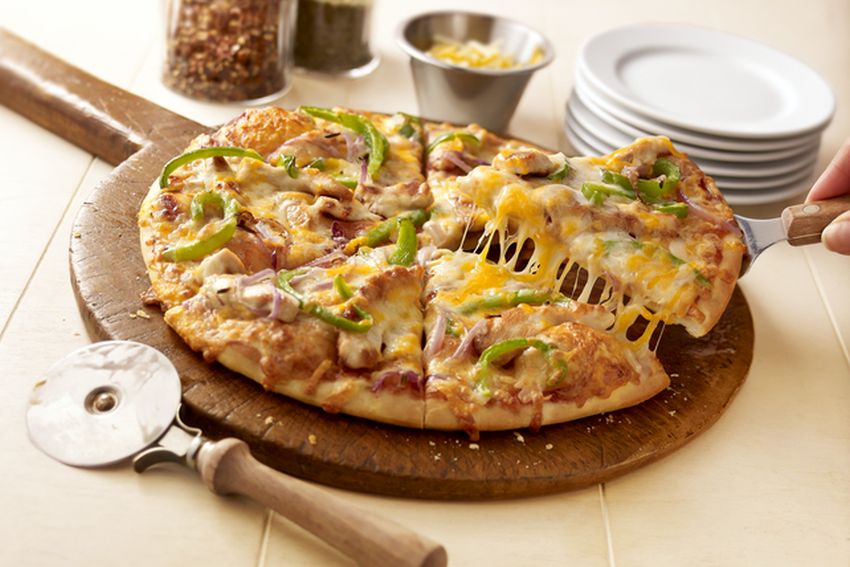 Chicago is the birthplace of this pizza and it was made according to the taste of people who lived there. It is not thin as the previous two since its crust can be characterized as being medium thick. When it comes to consumption, according to Slice Pizza Delivery this one is one of the most popular. 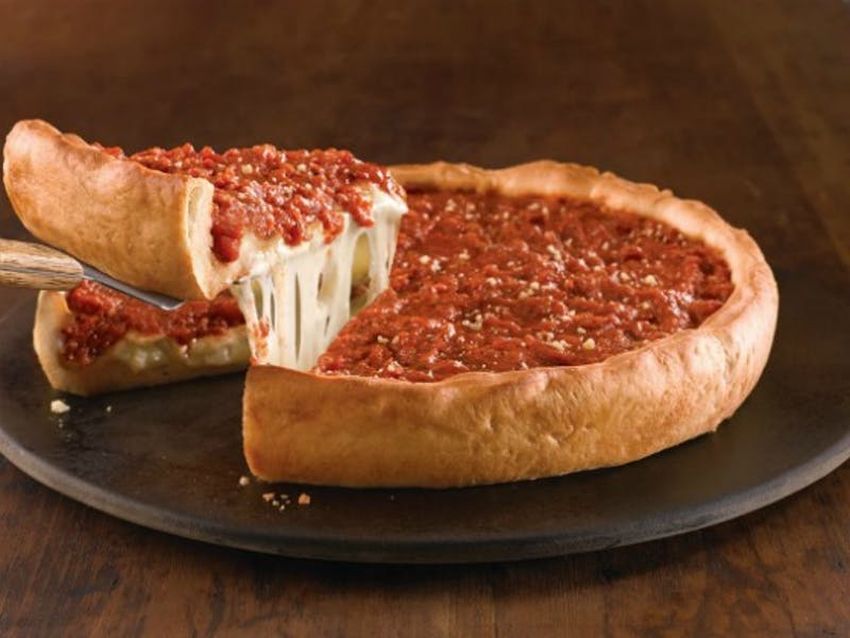 We should add that the preparation time for this one is a bit longer since it has a slightly different crust. Because it is baked for a long time, ingredients are placed on the dough and tomato sauce goes after that not to burn. 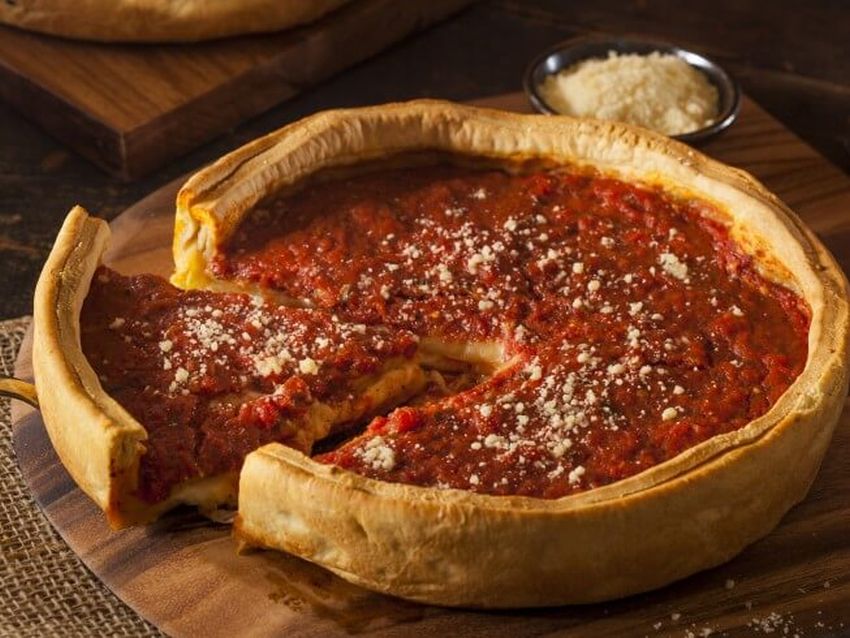 Also, there is a version of this pizza that is called a stuffed pizza. We put all the ingredients inside, and this is later covered by dough, and it is baked as such. It kind of looks like a pie. 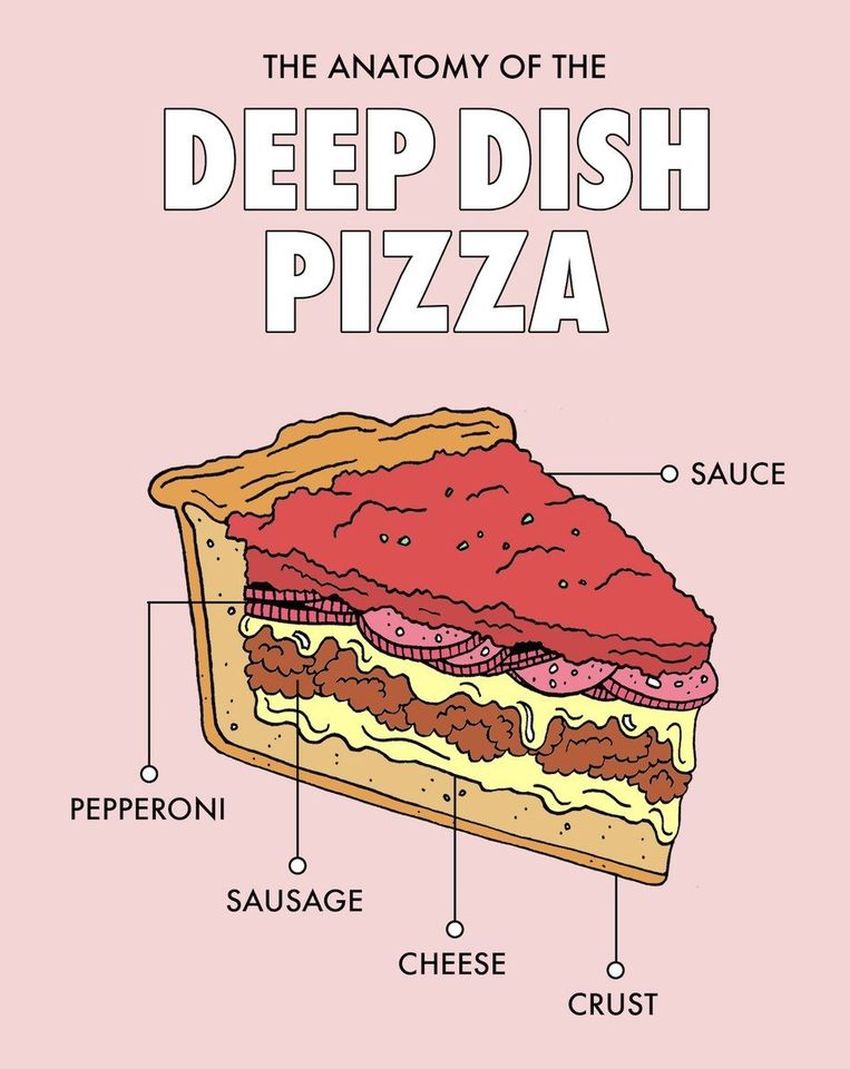 There is also another very famous pizza in Chicago, but this one has a very thin crust. This was made to satisfy the taste of all potential customers. Additionally, it is not sold in pieces that are diagonal, but in square-shaped ones. Furthermore, it is sometimes sold in strips. 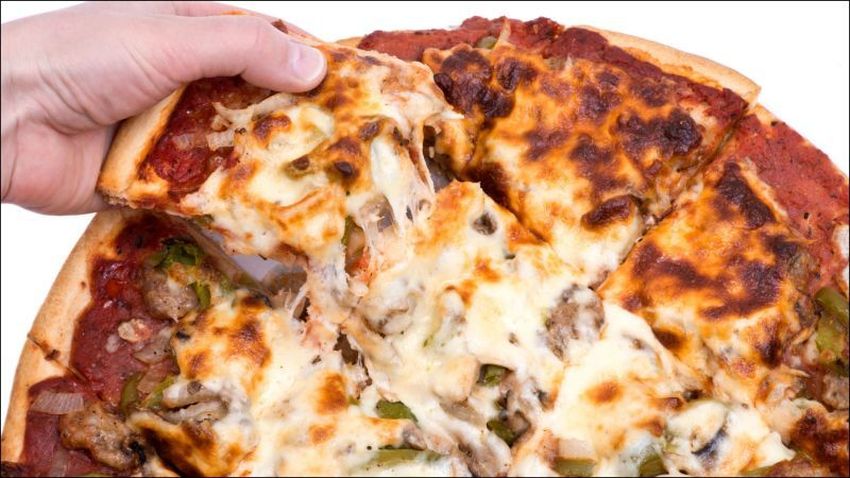 When preparing this one, we use a pan that is square-shaped.  One of the necessary toppings used is marinara. The crust is very crunchy due to the fact that a lot of oil is used and caramelization process then occures. 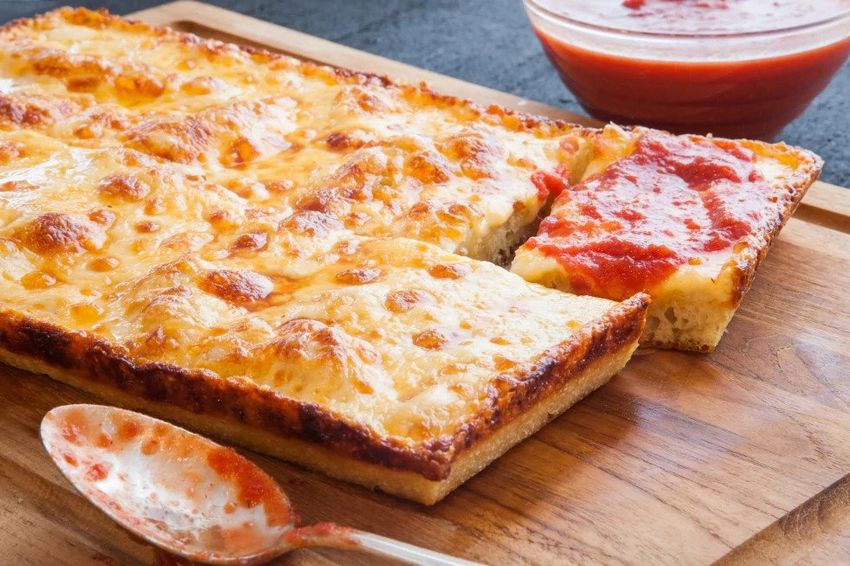 As the name itself says, this one is made by those who have come from Greece, and it is very popular among all those who like Greek cuisine since traditional Greek products and food are used for the preparation of this pizza that has a medium-thick crust. 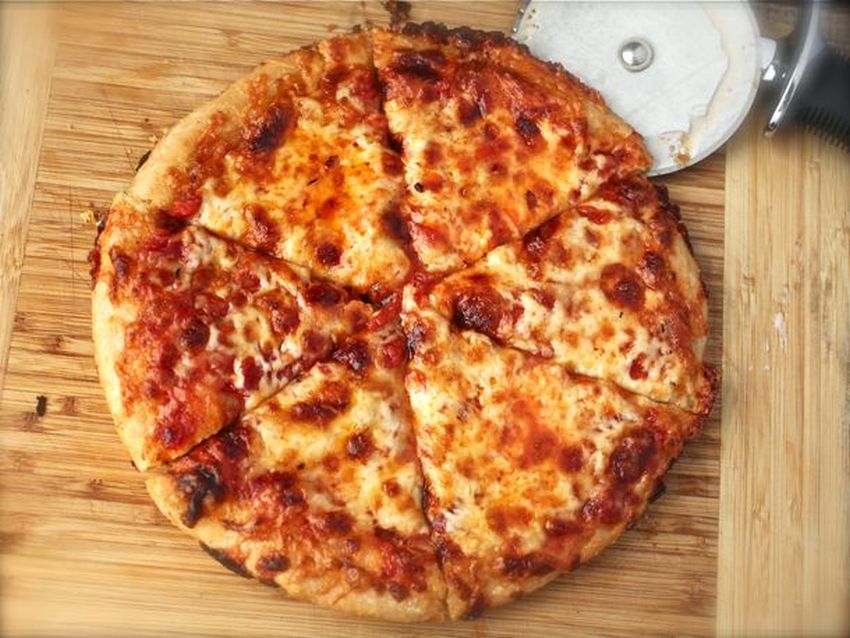 This is the direct descendant of Neapolitan, and it appeared in the 1990s. Two usual ingredients include tomato sauce and mozzarella cheese. We should also add that this one should be folded and eaten as such. 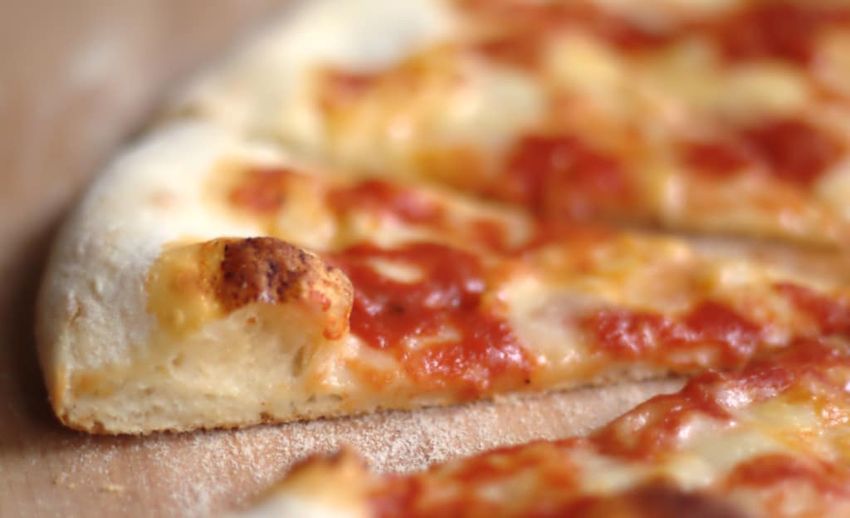 Some people call it the variation of the previous one. It is extremely thin, and some of the most usual ingredients include Provel cheese and cheddar that are common ingredients in this region. 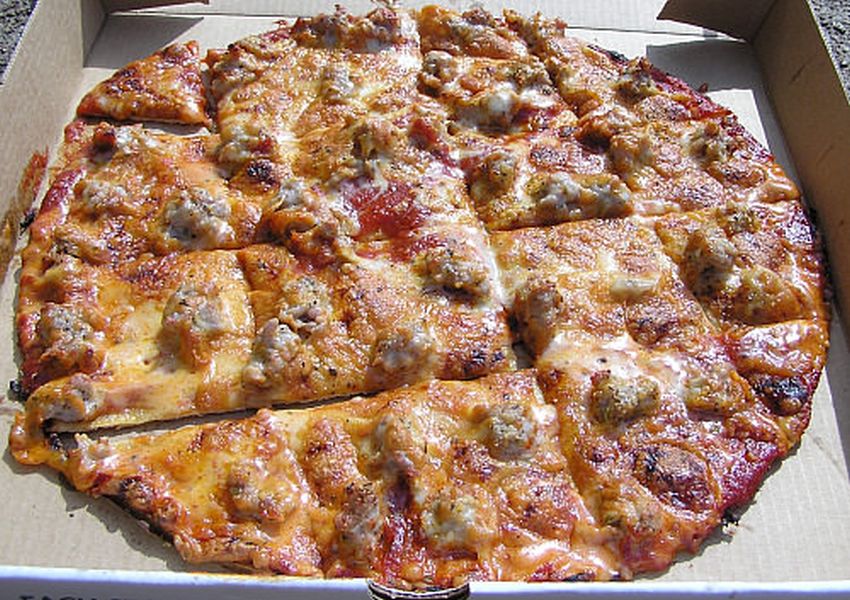 This one originated in Philadelphia for the first time at the beginning of the 20th century, and it is peculiar because all toppings and cheese go under the sauce. 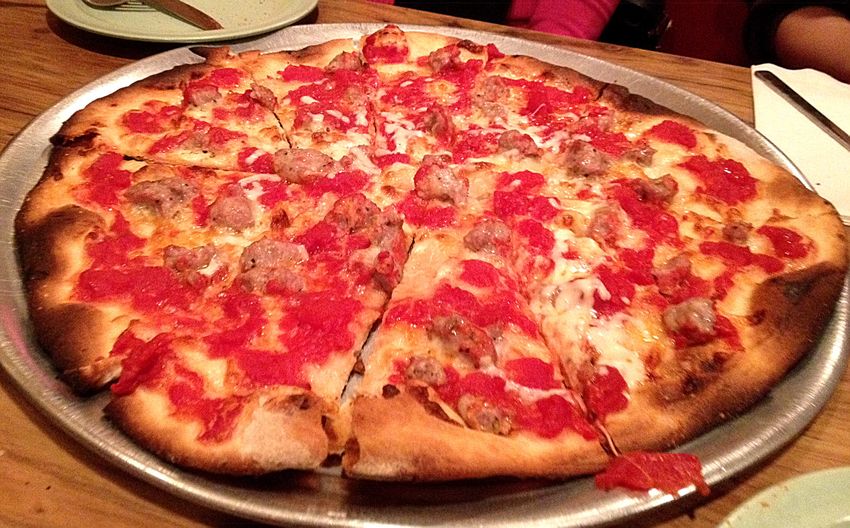