The gold coin was first minted in 1967 to help market the gold of South Africa – as one of the earliest gold coins, and the Krugerrands had an enormous influence on the global gold market. By 1980 the products of the South African Mint and Rand Refinery supplied about 90 percent of the gold coins worldwide!

Two iconic images for South Africa on one coin

The obverse side of the Krugerrand Gold Coin shows Paul Kruger – a figure as iconic for South African history as controversial. 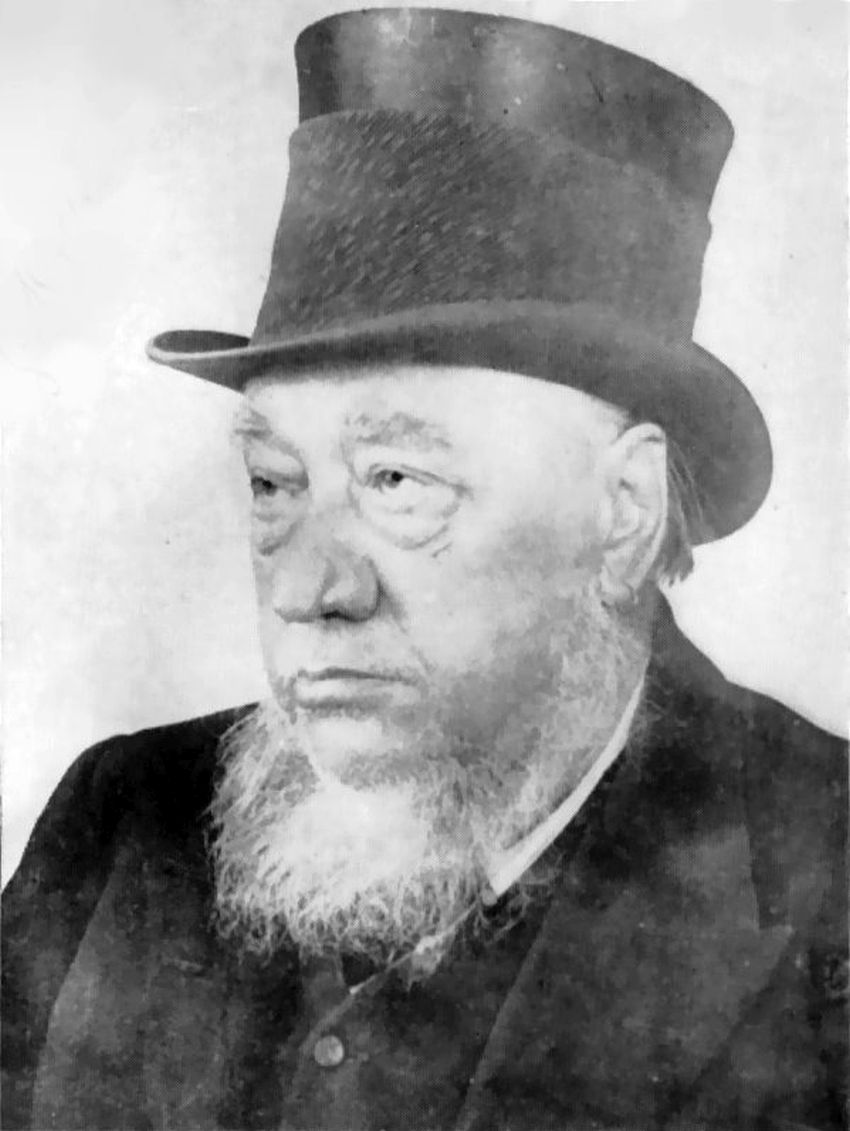 Paul Kruger was born in 1825 in Colesberg in the then Cape Colony as a son of German immigrants. He was born into troubled times – as soon as he reached his adolescence, the tensions between the local settlers and the British Empire heated up. In 1864 he was made the commander in chief of the armed forces be the Transvaal Republic, a newly independent country which was annexed by Britain in 1877. After his attempts of a peaceful solution failed, he led the South African forces in the First Boer War and secured South African independence for a few years.

The material that this coin is made of was discovered in 1886 at Witwatersrand – Gold in abundance. This discovery led to the South African gold rush. The British Empire once again laid its eye on the wealthy region in southern Africa, that was populated mainly by German and Dutch immigrants. Cecil Rhodes, Prime Minister of the British Cape Colony, instigated British settlers in the Dutch-dominated Transvaal to revolt. The continuous tensions at the Cape of Good Hope led to the Second Boer War.

As a war hero, Kruger was Prime Minister of Transvaal between 1882 and 1902. Often famed as a hero in the fight against British oppression, he also cemented the racist Apartheid Regime in South Africa, which systematically oppressed the black majority of South Africa. His racist views made Kruger a figure, that was extraordinarily popular the German Nazis in the 1930s and 40s. During the Nazi Regime in Germany, Kruger was acclaimed as “Ohm Paul” (Ohm as a title of honor), and a propaganda movie was produced in 1941 – with him as the main character.a 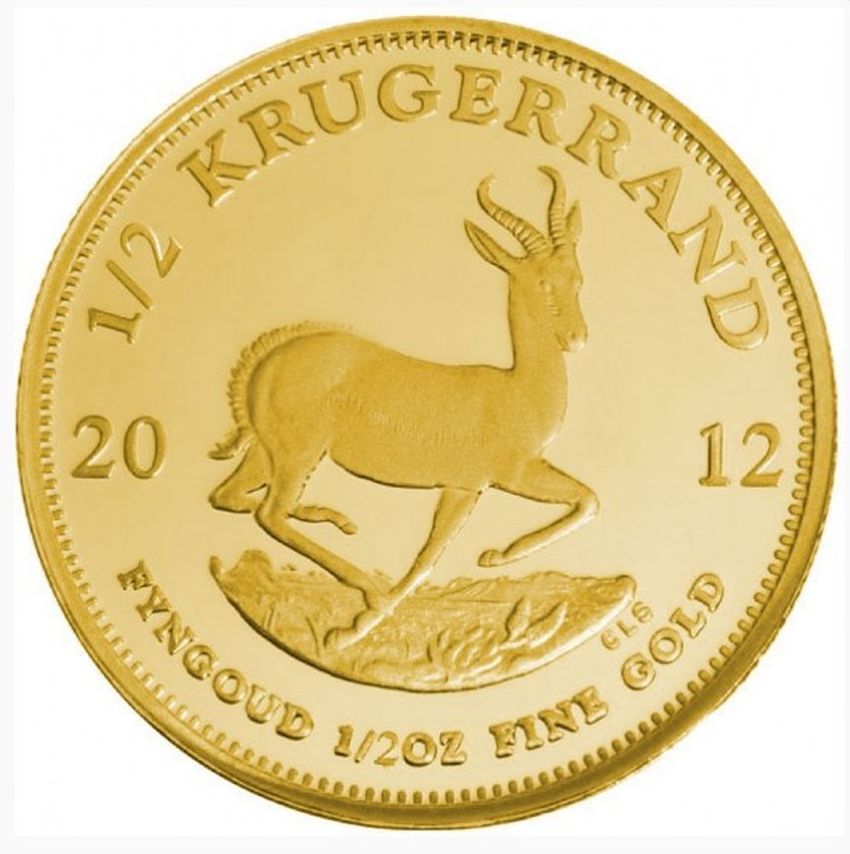 The status as South Africa’s national symbol has its roots in the times when South Africa was ruled by the white minority Apartheid Regime. But Nelson Mandela himself called to keep the animal as a national symbol. It now is no longer only the symbol of white and wealthy South Africans, but the whole country. South Africas national Rugby Union team is called the Springboks and developed from a white-supported team (and sport in general) to force that unified the country – a story featured in the film “Invictus.”

A troubled history behind an iconic coin 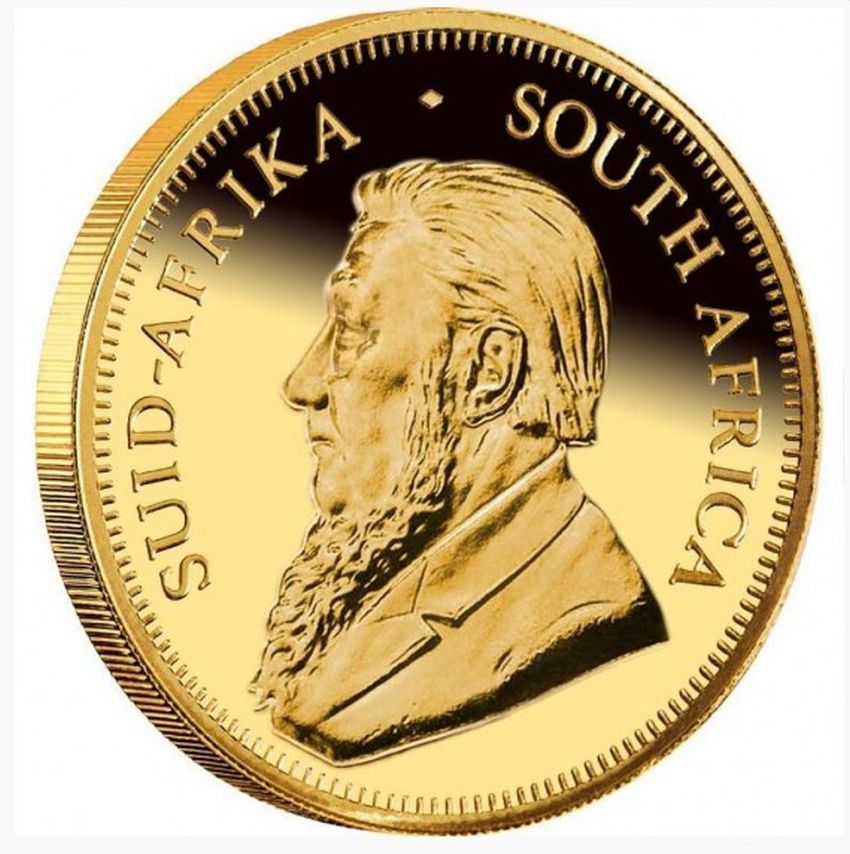 The coin was first introduced in 1967 to market South African Gold and was designed after the coins of the Transvaal Republic of the 1890s. In the first years of production, more and more coins were produced.

Back in 1967, only 50.000 coins were minted – and in 1974, over 3 Million coins were sold all over the world. The circulation of the currency mirrored the economic crisis that shook the world in the 70s and 80s.

In 1973 the Organisation of Arab Petroleum Exporting Countries (OAPEC) proclaimed an oil embargo, intending to cripple the economies of countries like the USA, Britain, Rhodesia, and South Africa. Although the embargo only lasted for one year, the price of oil skyrocketed by over 400 percent. A barrel was sold in 1973 for just 3 USD – a year later, it was traded for 12 USD.

Just six years later, the second oil crisis shocked the world when the world’s oil output was drastically decreased because of the Iranian Revolution. During a year, the price of oil doubled, and memories were awoken of the first oil crisis.

These economic troubles increased doubts in the reliability of the world currency like the US-Dollar and gold was in high demand. The South African Krugerrand was the first and long-time only investment gold-coin, which is why the market increased the way that it did.

Although in high demand, the gold Krugerrands were not one ongoing success story. The problematic history behind its namesake, Paul Kruger, caught up with the coin. 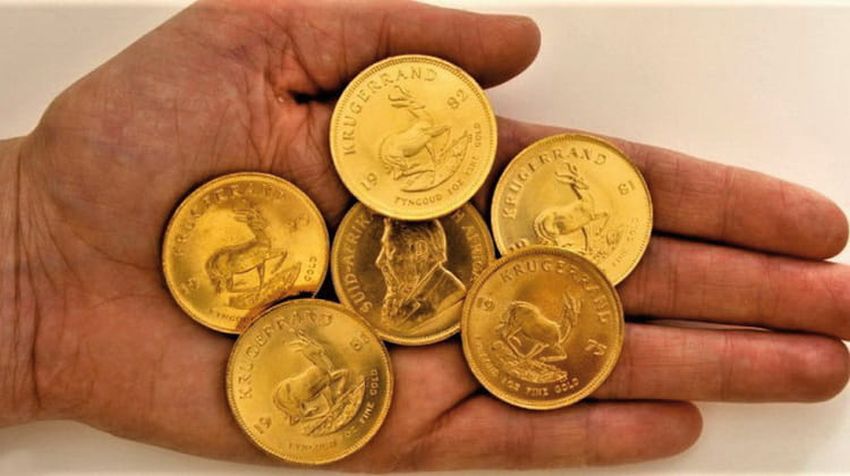 By 1986 far-flung sanctions against South Africa were adopted by the European Communities and the United States. They forbade the import of South African industrial goods such as steel and iron – as well as the import of the famous and lucrative Krugerrand gold coins. The international demand for the coin plummeted.

Although neither trade nor possession of the coin was ever forbidden, misinformation and trade with Canadian Gold Maple leaves furthered the decline of the Krugerrand as the world’s most loved gold coin. From the millions of coins that were minted during the crisis-stricken 70s, Rand Refinery only sold 8285 Krugerrands in 1995.

The import ban lasted until 1999. Once lifted, the coin was back in high demand and quickly became the most sold gold coin in the world – but now it has to compete against other bullion coins, like the Canadian Maple Leaf, the American Eagles, or Australian Kangaroos.

Krugerrands are a safe and valuable investment

The fascinating history behind the figures on the Krugerrand, as well as the coin itself, drive the demand of the currency. By now, Krugerrands are sold as Proof coins, and in 2017, a 50th-anniversary coin was minted to commemorate the successful gold coin. Rand Refinery also published a “Premium Uncirculated” version of the coin in platinum and silver.