The Colosseum is one of the places that most people are likely to visit when they are in Rome. In fact, the colosseum is one of the most known place in Rome in that when you Google about the best places to visit in Rome, this is going to pop up as one of those places. Some people have chosen to forget and ignore this 2000 year old building in Rome. However, it is packed with amazing facts and info, making it a site that draws tourists attention all the time. Some of the interesting facts about the Colosseum include the following;

1. It was originally known as the Flavian Amphitheater 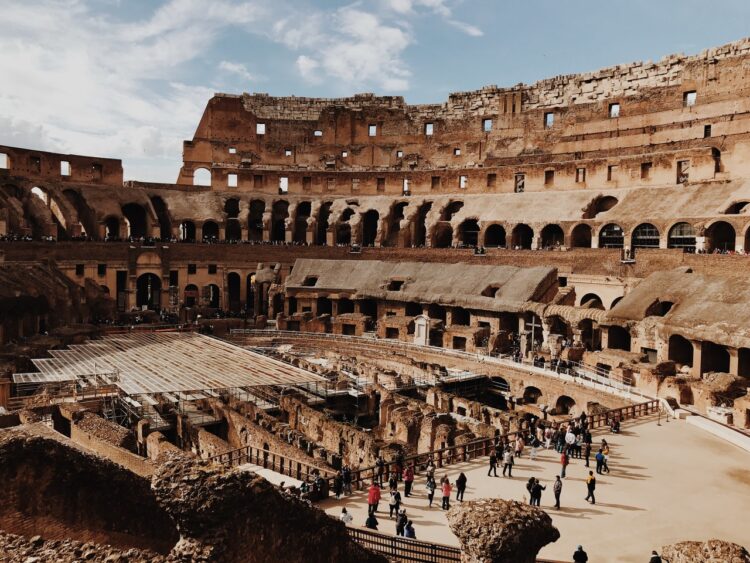 This is one fact about Rome that most people did not know about. The colosseum was commissioned around the 70 CE by the emperor Vespasian and opened by his son Titus in the 80 CE. Alongside with the Vespasian’s son Domitian, who ruled between 81 and 96, the three of them were known as the flavian emperors. In Latin, the colosseum was known as the Amphitheater Flavian.

Well, just like in the present world where people go to stadiums to watch their favorite matches, the colosseum was like a stadium in the past. With a seating width of about 14 inches per person, massive groups of people rivaling modern football and soccer games in attendance squeezed into the colosseum to watch the spectacle of gladiatorial combat. The capacity that this tourist attraction site could hold makes it one of the facts about Rome that most people are not aware of. The building looks small on the outside but it can hold 50,000 people under one roof.

3. It was once used as a Graveyard for thousands of Animals 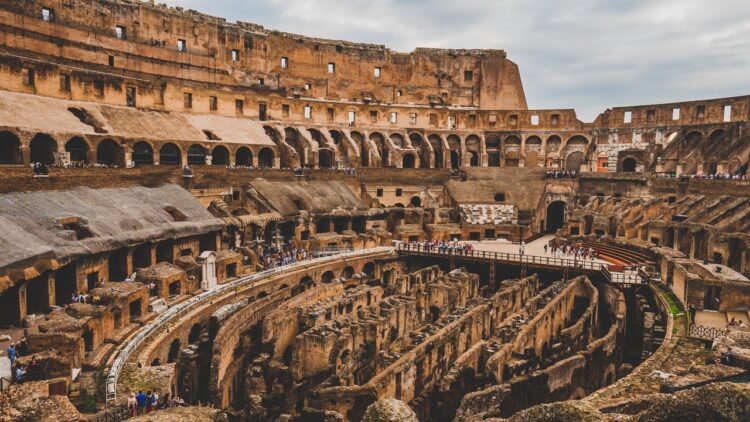 Consequently, the colosseum was used as a graveyard for animals that were wounded during the fights. Along with the hand-to-hand combat, the Romans staged hunts and wild animal fights. When these animals died as a result of the fight, they were buried in the colosseum. If you want to get the most out of Rome’s rich history, and learn some facts about Rome, carpediemrome.com is your tour guide for a lifetime experience. .

4. It was almost turned into a Wool Factory

One of the popes tried turning the colosseum into a wool factory. The hypogeum was already filled in with dirt, and through centuries, Romans planted vegetable gardens there and used the space for storage, whereas blacksmiths and merchants occupied the vaulted passageways. Pope Sixtus V, who also helped in rebuilding Rome in the late 16th century tried to turn the colosseum into a wool factory. Sadly, he passed away in the 1590, and his idea never bore any fruits.

5. It is the biggest tourist attraction site in Rome 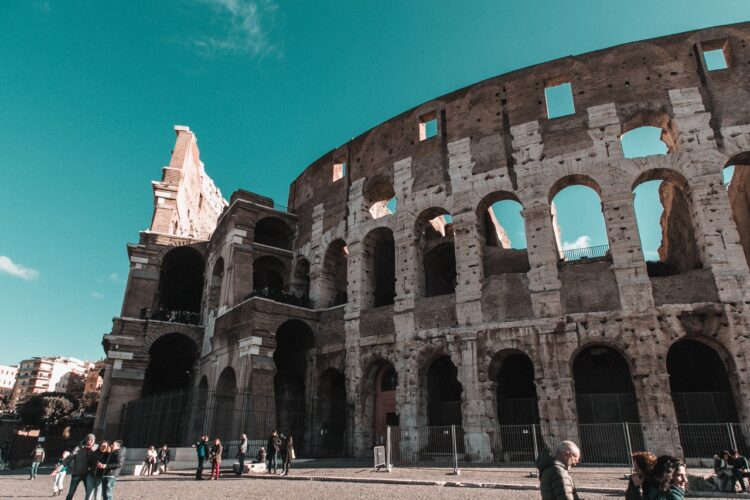 Just next to the Vatican city and all its holy sites, the colosseum is the second most visited place in Italy. In addition to that, it is the most visited monument in Rom, making it very famous even for people who have not visited Rome. Consequently, everyone is saying something positive about it and this makes it even more interesting in that anyone who visits Rome makes a first stop at the colosseum. Fun act is that this monument draws up to 6 million tourists every year.

6. There was a seating chart in the Amphitheater

This is another fact about Rome that many tourists do not know about. This monument in Rome had a seating chart, designed for all Roman citizens. The rich and the poor alike, colosseum spectators were nonetheless separated into different sections based on their social status and wealth. Senators and other wealthy people sat close to the action, whereas women and the poor sat on the nosebleed seats. Different entrances, staircases and walls were used to keep the different classes of citizens separate.

7. It was the largest Amphitheater that was ever Built 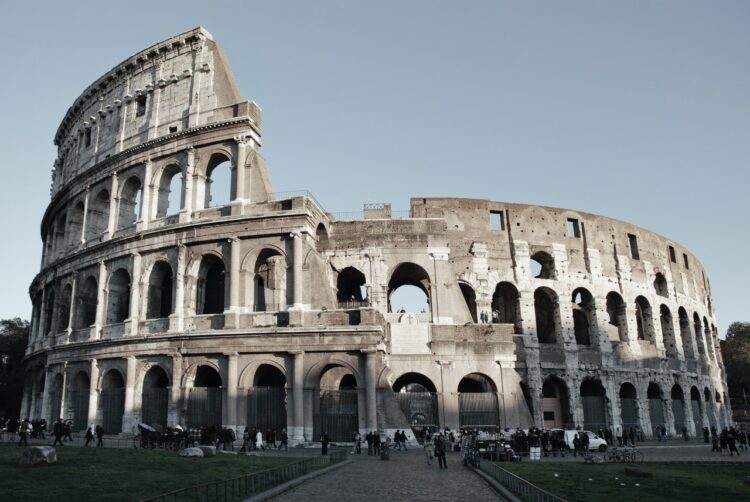 The colosseum is the largest amphitheater that was ever built. It has the strongest roof that has never undergone any renovations since it was built. Consequently, it has an elliptical shape which measures 615 feet long, 510 feet wide and 157 feet high. This makes it the largest amphitheater in the Roman world and the biggest that was ever constructed.

8. It was built on a former Lake

The Nero’s pleasure palace, the Golden house, was constructed after the great Fire of 64, and an artificial lake was included in it. In 68 CE after Nero’s suicide, Vespasian become the emperor and dedicated a new pleasure palace for the Romans. The golden house had its ornaments tripped, and buried in dirt, and the baths of Trajan were built on top of the site. The lake was then filled in and became the site of the colosseum.

9. A Giant statue of Nero stood nearby 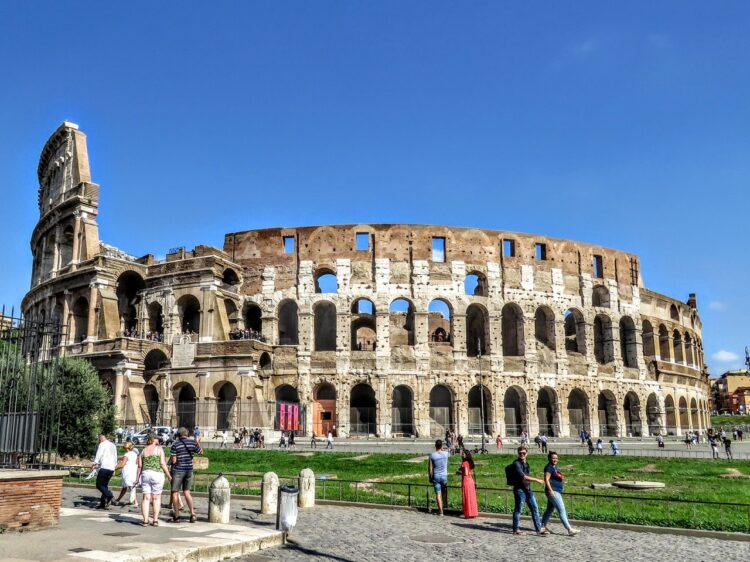 Nero was very infamous because all he was known for was killing family members and fiddling. He had a giant statue of him built in honor of the sun god not far from where the colosseum would be built. The statue stood more than 100 feet tall and is said to have most likely inspired the adoption of the name colosseum for the amphitheater.

The colosseum is the true meaning of the Rome saying “Rome was not built in a day”. It took a good ten years for the structure to be put up. This was triggered by the siege of Jerusalem in 70CE where Vespasian used the spoils from the Jewish temple to start working on the amphitheater for Roman citizens. Sadly enough, he died before the completion and his son Titus opened the colosseum with 100 days of games in 80CE.

In summary, Rome is one of the places that millions of people visit every year. To be specific, the colosseum is the most visited site in Rome, hence attracting millions of visitors every year. There are various interesting facts about the colosseum, some of which have been discussed above.