Home to some of the world’s best safari parks and reserves, Kenya is a country of dramatic extremes and classic contrasts. From boundless savannas populated by teeming herds of various wildlife to snow-capped mountains and lush green forests, this nation delivers the best of Africa within its relatively small borders. Here are its top five safari parks according to goshenisafaris, that deserves a spot on your travel itinerary: 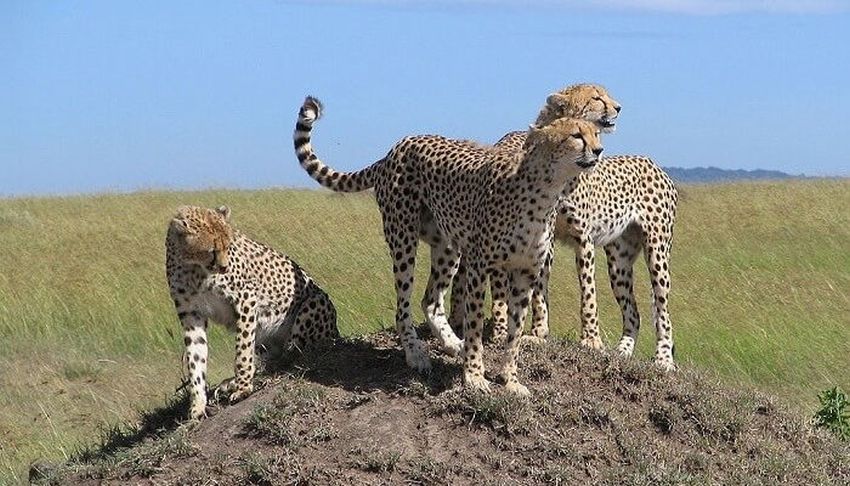 The Masai Mara is Kenya’s premier game reserve and one of Africa’s most amazing tourist destinations.  It is named after the regal and red-cloaked Masai tribespeople who have called these lands home for centuries. Located in Narok County in south-western Kenya, the Masai Mara Game Reserve shares its border with the world-famous Serengeti in neighboring Tanzania, which allows for a seamless wildlife corridor between the two countries. It is a breathtaking combination of mosaic rolling hills, acacia woodlands, and vast open grasslands, all of which supports incredibly robust wildlife populations.

Large predators such as lions, cheetahs, hyenas, and leopards are common sights in the Mara all year round. But it truly blossoms during the dry season (June – October), when the Great Wildebeest Migration (arguably the world’s most breathtaking wildlife event) crosses into Kenya from the Serengeti. In addition to the excellent game viewing opportunities, the Masai Mara also offers several classic safari adventures like balloon safaris, sundowners and nature walks. 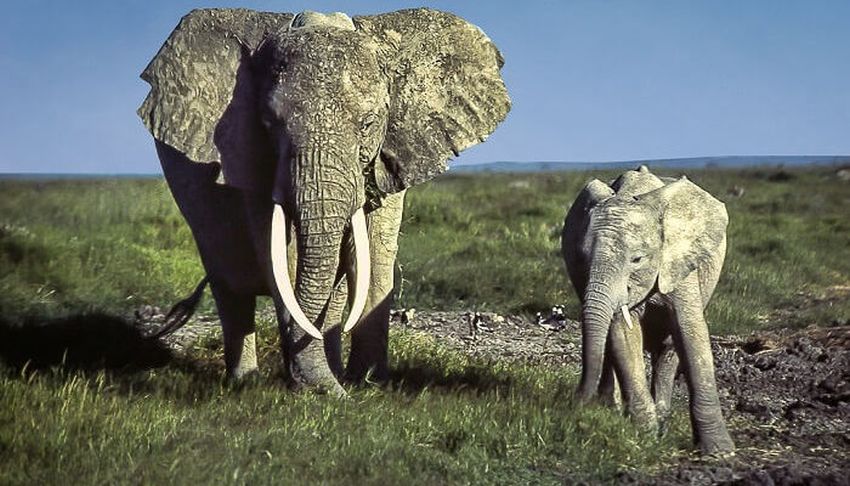 Located about 230 kilometers southeast of Nairobi, Amboseli National Park is one of Kenya’s most famous safari parks. If you’ve ever seen a postcard or picture from Kenya of large elephants and a snow-capped mountain in the backdrop, well, that’s it. Amboseli is set against the famous Mount Kilimanjaro, Africa’s highest peak. It is also home to large groups of African Elephants as well as other mammals and predators.

It is a small park compared to other safari parks in Kenya, but its relatively flat open landscapes allows for easier game viewing and trail hiking. The park boasts two swamps, both of which are fed by the melting snow of Mount Kilimanjaro. When the dry season rolls in, these water sources attract animals of all sizes including wildebeest, zebra, buffalos, and giraffes, as well as over 400 species of birds. 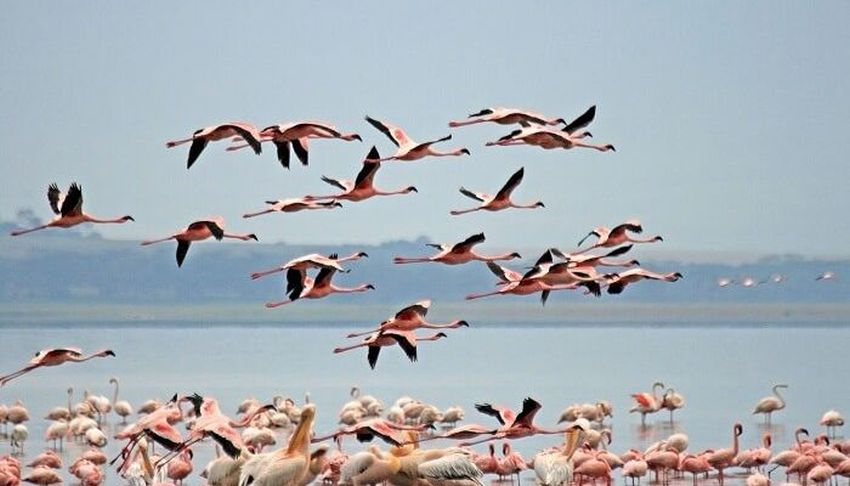 This park is gorgeous all year round and is home to black and white rhinos, lions, hippos, leopards, and endangered Rothschild’s giraffes. Lake Nakuru National Park is flanked on different sides by escarpments, acacia forest and gorgeous waterfalls. The lake itself boasts an abundance of algae, which attracts immense flocks of pink flamingos as well as over 450 other bird species. In fact, Lake Nakuru periodically turns a soft pink hue due to the sheer number of flamingos in the water — a dramatic spectacle that has seen it dubbed the greatest bird spectacle on earth

The park was established in 1961 and was originally gazetted as a birds sanctuary thanks to the over 400 bird species that were known to frequent these parts. Even though the lake is surrounded by scenic woodlands and lush grasslands, it is the ancient fever trees adorning the area that usually steal the show as they cast dreamy shadows in the moonlight, while baboons can sometimes be seen jumping across treetops. 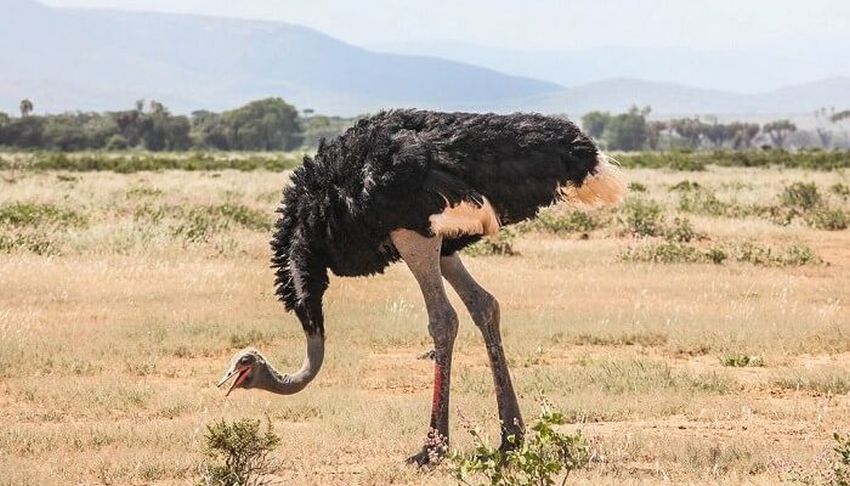 Located in northern Kenya, this reserve is set against a backdrop of jagged mountains, rolling hills, and arid plains. It doesn’t usually receive as many visitors as its counterparts down south, but is still every bit a worthy inclusion on this list. The Uaso Nyiro River runs through the reserve, which in turn attracts predators and prey alike, including big cats (lions, cheetahs, leopards), hippos, elephants, and buffalo, as well as some pretty rare species, such as Gerenuks, reticulated giraffes, Beisa oryx, and the blue-legged Somali ostrich.

Samburu National Reserve offers tourists a rejuvenating stay, letting them take in the natural beauty of the patches of forest and grassland vegetation around. The fastest way to get here is by flight from the Wilson Airport in Nairobi to the Samburu airstrip. 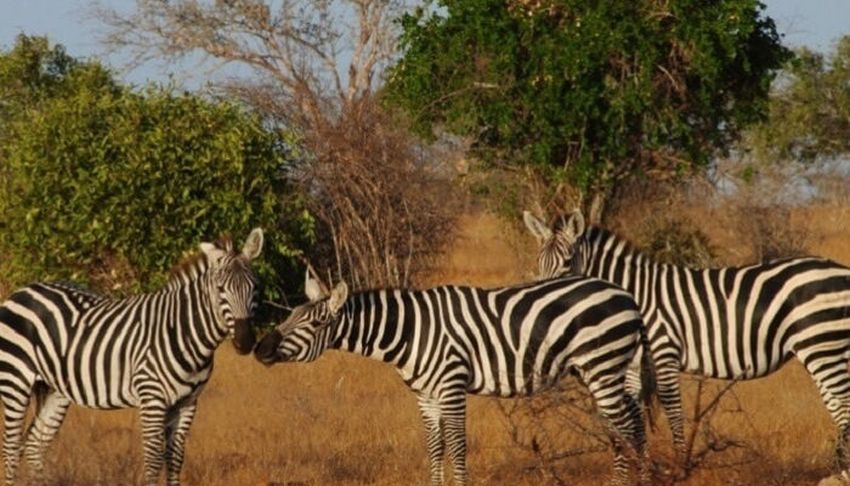 Located in southeastern Kenya, Tsavo National Park is the largest park in Kenya. The park was established in 1948 and was later divided into two smaller units of “Tsavo East and Tsavo West”. Both parks are home to some of the most amazing sceneries on the planet.

Tsavo boasts biodiversity at its finest as well as significant wildlife populations, including the big five and unique bird species like the crowned crane, the black kite, lovebirds and the sacred ibis. Tsavo West National Park is the more of the two thanks to its magnificent scenery and good road systems. You can visit the enticing Mzima springs or take guided walks along the Tsavo River.

So there you have it. Our list of the top 5 safari parks in Kenya. What’s yours?