Today many tools help track the behavior of the world’s leading cryptocurrency. This information is crucial to anybody interested in the crypto network and the market as it offers insight on what causes specific actions like a sharp spike or fall in price, trending news, most legitimate trading platforms, and so on.

The tools range from block explorers, node counters, and some analytical tools, all that offer a different perspective on the ecosystem of the world’s leading cryptocurrency. We don’t need to mention that Bitcoins are the number one crypto coins in this world because probably you already know that.

That means, there is something new and exciting every day, no matter if in a positive or negative meaning. Sometimes the prices rise, and they last for months, then there can be an unpredictable time, but anyway, it’s pretty exciting to be part of this huge community and market, because, in the end, it can be very profitable for the dedicated traders and investors. 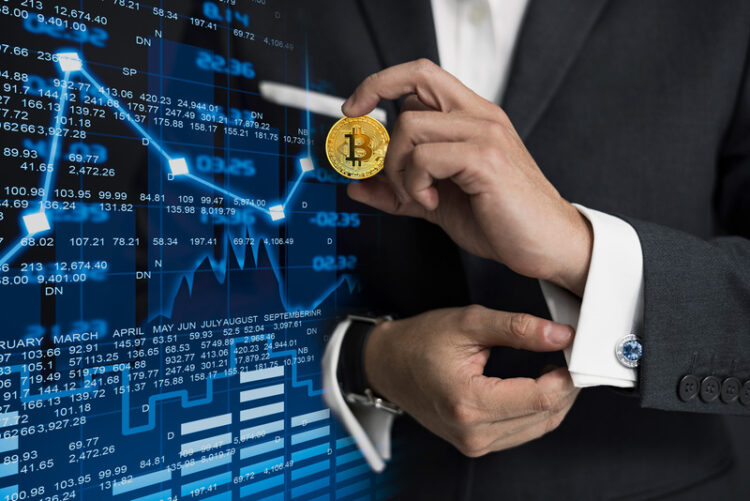 One way to track what’s going on with the Bitcoin’s network is through an on-chain activity that offers investors critical information. Given that the Bitcoin blockchain is public, there is a continuous stream of data to be found with metrics like hash rate, the number of active addresses, and the HODL wave all used to detect what’s going on with Bitcoin.

Today the metrics to detect on-chain activity are too many, and it can be challenging to pick the ones that offer the most value to the average investor. At the same time, they provide valuable information for them, so they can plan their future activity on the market, and their trading or exchanging actions.

In this guide, we will simplify this process by going over three key metrics that you should pay attention to as a trader on a platform like PrimeXBT to ensure you make the most of the information coming your way.

Number Of Miners Getting On Exchanges To Sell 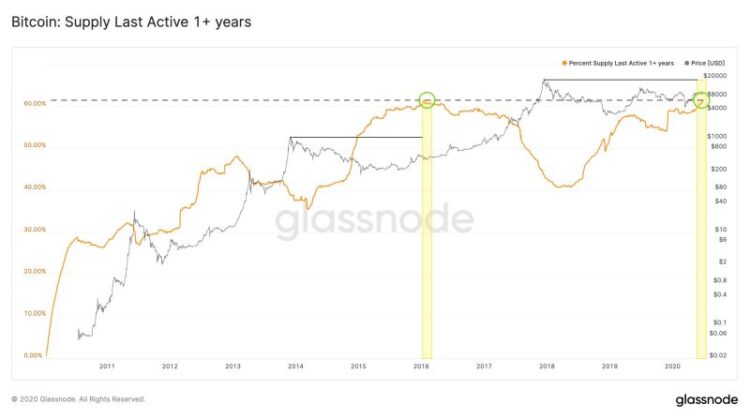 Glassnode does a pretty job of analyzing the number of Bitcoins flowing from miners to exchanges. And following this data can offer some insight on how miners expect the price of BTC to go, at least in the short term. No one can predict how it will change in long term, because as we said, this market is full of challenges. Before the Bitcoin halving in May, around 1800 coins mined every day, and after the event, that number dropped to 900.

A spike in the number of coins sent to exchanges coincides with a price crash and historically has been a bearish trend even though it’s hard to tell if the coins sent to the exchanges are for liquidation or sale in a one-off over the counter deal.

Bitcoin’s price always looks vulnerable whenever there is a rise in the number of coins available for liquidation on exchanges. And an increase in miner outflows hasn’t been good for the price of BTC most times in the past, but it doesn’t necessarily mean we should expect a drop to occur.

The Average Number of Deposits

Another indicator that shows on-chain activity is the average number of deposits. Even though it can be confusing when trying to analyze crypto exchanges’ inflow and outflow since not every time buyers purchase coins withdraw and not every time, coins are deposited on a platform are sold. You can load up your PrimeXBT account with coins and keep them there for a while before you start trading them.

But a better way to get a clue of what is going on with deposits is looking at the average size of the deposit itself. According to data from CQ.live, most of the time a huge deposit coincides with the price of BTC tanking. It can indicate a huge whale who decides to sell their coins and cut their losses. There is no time this indicator is more accurate than during periods when BTC’s price is experiencing a lengthy downtrend. But, like other on-chain indicators, this should be examined with other factors for better clarity.

Analyzing The Amount of Bitcoin’s Being Sent From Addresses Another metric that gives a clearer picture of network activity is analyzing the 7-day average of the “Sent From” addresses. It eliminates extra numbers that are a result of exchange withdrawals and double counting from mixing services.

If you find a large number of holders moving coins, it could indicate some short-term discomfort. However, the indicator doesn’t factor in if there could be a market trend like it was in the case back in April 2019 when the signal spiked twice even though it was a cooling-off period that saw the prices continue to rise. The three metrics we have mentioned above are just a way of finding clues to where the market might go based on on-chain activity. However, there are other ways of finding what’s going on within the Bitcoin Network, including checking blockchain explorers like Blockchain.info and OXT, which track all the transactions that take place, or Blockseer and Node Counter, which track the number of active nodes.

If you are sure you want to dedicate your time and life to the blockchain network and every challenge that comes with it, you must know that all of the Bitcoin transactions are public and easy to trace, because that is the nature behind the idea of the blocks and mining. That means everyone can see how many coins you own in the blockchain, and you can’t hide anything, including your balance.

But, the good thing is that, at the same time, the transactions are completely encrypted and secured with public keys, and the ID of the person behind the transaction can hardly be discovered. This network has a lot of challenges for the people who are into investing or trading, but that shouldn’t discourage you from your idea to be successful in it. We hope this article will be helpful for you and you will learn how everything works before you step into it. Yes, Bitcoin activity can be tracked, but that doesn’t mean the blockchain is not safe and secure, and you should never forget about that fact.