If you are an avid trekker then Chadar Trek in India should be on your bucket list. And you certainly need to plan it for year 2020 as you might not be able to undertake this world famous trek afterwards. Why?

Before we jump into the reasons on why you must plan it  immediately, let’s take you back in time to know the history and highlights of this 105 km adventurous frozen river trek. Check the Chadar trek complete itinerary by Bikat Adventures. 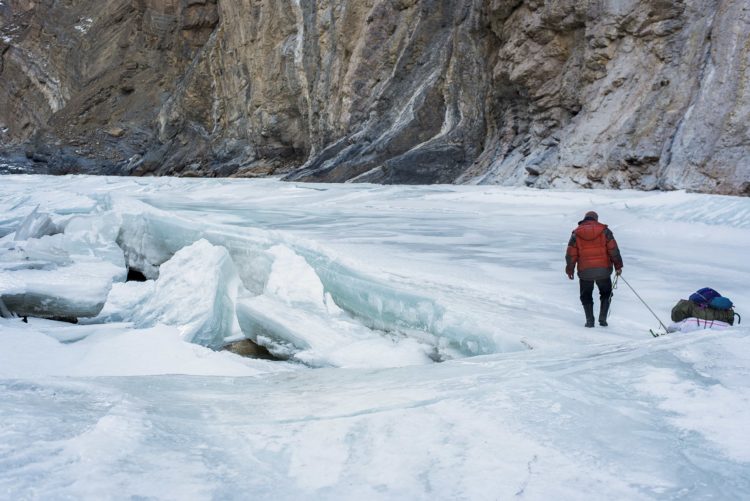 The Chadar has been a historical trade route between the Zanskar Valley and Ladakh for over 1000 years. Connecting the Zanskar Valley, one of the most isolated regions of Ladakh, with the rest of Ladakh the Chadar has been used by the local Zanskari people for trade and commercial purposes since ages. Known as the “Khado Sanglam” in the local language, it has been a part of the ancient Silk route for centuries.

When the high mountain pass of Pensi La is closed during winters due to heavy snowfall, the residents of Zanskar are landlocked and are unable to move in and out of the valley except for commuting on the frozen river for hundreds of kilometers. These people have been braving such walks for provisions, trade and other commercial reasons.

This route was initially used to trade butter, salt, and other items in winter which was the only time these items could have been carried to the city of Leh without being spoilt. Continuing the same tradition, locals still go back and forth on this route trading modern commodities and gears, taking their children to schools in Leh, and visit places of scared value. 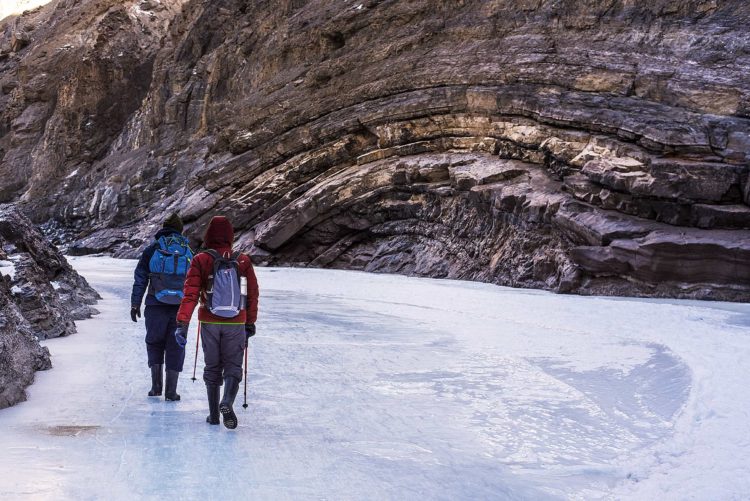 Why is Chadar Trek popular?

For trekkers around the world, the Chadar Trek is no less than a spectacle. The chance of walking on a sheet of ice over a river is the ultimate experience. It gives a glimpse into the lives of people residing in the Zanskar Valley and how they commute during the winter months when they are completely cut off from the rest of the world due to heavy snowfall. Not only do you get to trek on a frozen river, but you also get to bear some of the coldest temperatures in the range of -10 degrees to -30 degree Celsius. Blessed with unique landscapes, habitable caves, and frozen waterfalls, nowhere in this world you will find such a unique trek. A once in a lifetime experience packed with adrenaline. 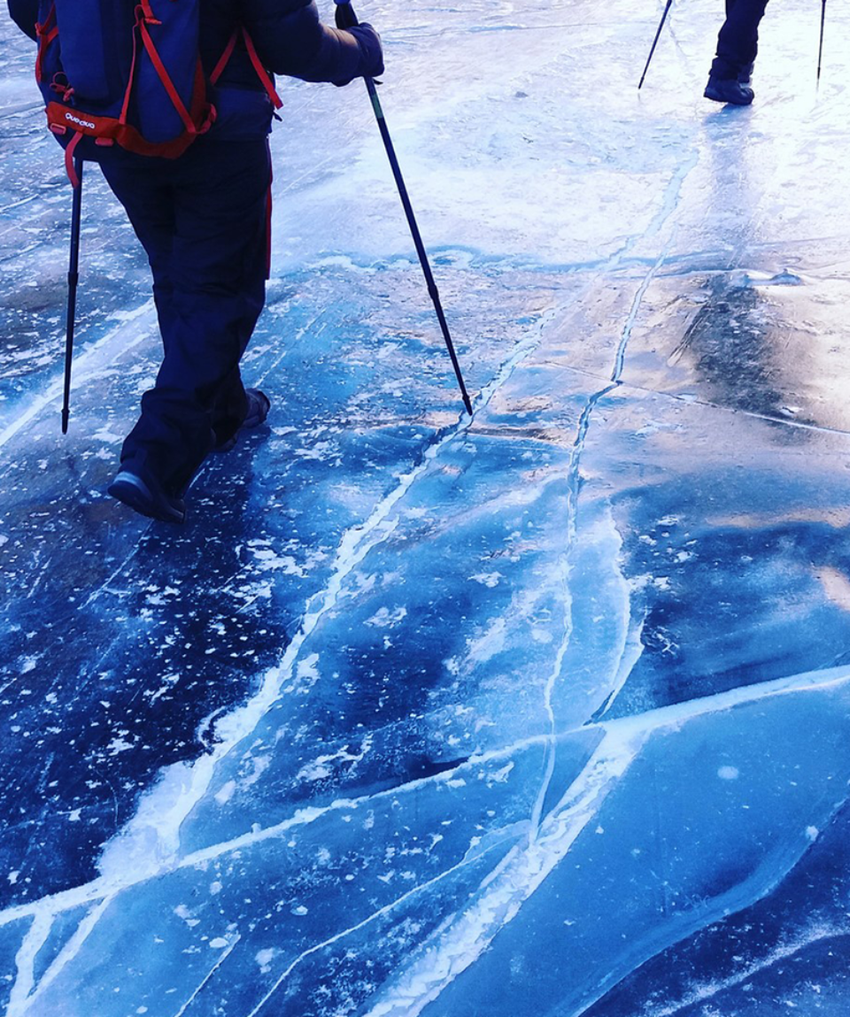 The Chadar Trek gets its name from the sheet of ice formed over the river which resembles a blanket (Chadar). This allows people to walk on it freely but in a unique way which the locals refer to as the “Penguin Walk”. This winter trail has become popular among national and international adventure enthusiasts over the years attracting some 300-400 people every year. With an average altitude of over 11,000 ft, it starts from the small village of Chilling from where the Zanskar River starts to freeze.

With a surreal landscape of varying colors, mountain caves, frozen waterfalls, and the roaring Zanskar River accompanying you throughout the trek, the Chadar Trek has some of the most breath-taking vistas and sights in the world. Passing through the deep valley on a sheet of ice over an emerald green river with towering ice walls on both sides and the warm smiles of the locals greeting you with “Juley” is what keeps you enchanted throughout the trek.

But don’t get fooled by the sheer beauty of this trail because this is one of the most arduous treks in the Himalayas taking you through a strenuous route of over 100km with an average walk of 15 km each day in bone-chilling temperatures. With occasional climbs over icy rocks and boulders, the trekkers will have a distinctive experience of camping in the caves at night. 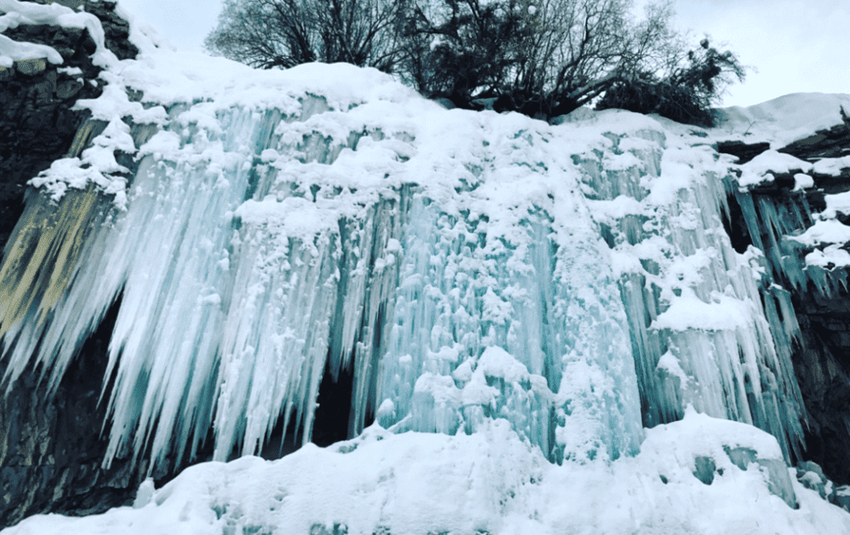 Inarguably one of the most spectacular yet difficult treks, the Chadar Trek needs significant preparation to ensure the best and most comfortable experience one can have. It is possible only in the months of January and February when the river is completely frozen but it also leads to night temperatures going as low as -30 degree Celsius. One must be physically and mentally fit to tolerate such extreme conditions.

Ice picks, the warmest of jackets, layers of clothes, thermos flask and sleeping bags along with sturdy shoes and good quality gumboots are an absolute necessity. Trekkers must always be aware of the conditions of the ice sheets and the knowledge of how to deal with cracks and slippery ice will help you trek efficiently and safely. In case of cracks in the ice, one has to hike across snowy boulders beside the river and this demands a good level of fitness.

People often wonder how to reach Ladakh in winters when the region is completely cut-off both from Manali and Srinagar side. Well, it is easier to fly to Leh from any of the major cities and spend a couple of days getting acclimatized while you explore the city. Chilling, the start point of the trek is at a distance of 60km from Leh and this could be one of the most scenic drives of your life.

The Indian government is constructing a brand new Zanskar Highway for connecting the Zanskar valley to the city of Leh all year round. Although the project will take a lot of time to be completed ultimately, it’s going to help around 14,000 people residing in the Zanskar valley to survive and sustain their livelihood.

This step is considered to be really helpful for the residents of Zanskar, as they would be able to remain in touch with the rest of the world even in the harsh winter climate. There won’t be any need to risk their lives by crossing the frozen Zanskar River or Chadar to reach Leh.

With the help of the new road construction, they could easily send their kids to schools, transport goods and even go to work in Leh without any hassle. It’s definitely been a life-changing step for the natives of Zanskar. 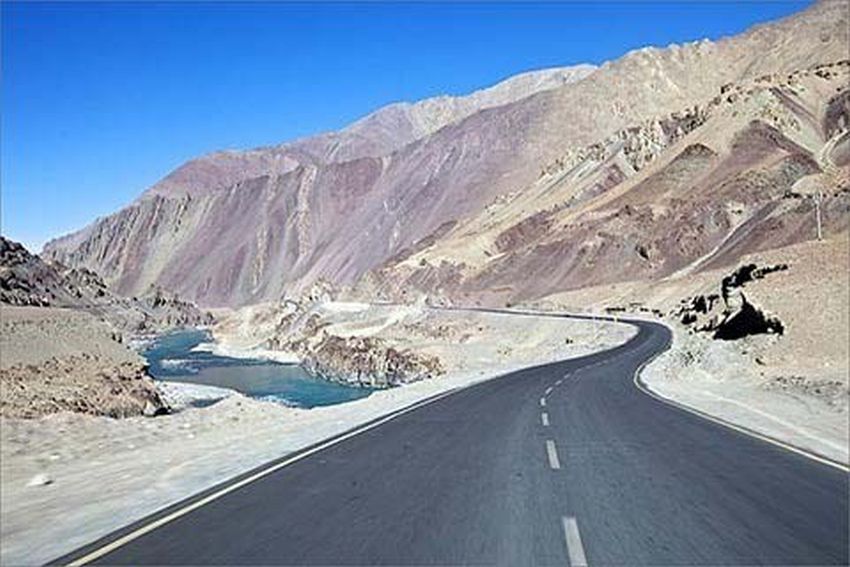 After construction of the new highway, it will be easier to access the region. The tourists might be allowed in small numbers to get a chance to witness the frozen river. The Chadar Trek will thus lose its glory and purpose.

The gorgeous Chadar trek in India is about to close for trekkers and adventure enthusiasts in a year or so because of the construction of a new highway in the region. So this is your chance to experience one of the most glorious treks in the country and tick it off your bucket list. Plan it now and undertake this trek before you no longer can. Hurry up!