There are too many reasons not to miss traveling to Turkey in this lifetime – stunning beaches, a service that has been perfected and that will leave you more than satisfied, amazing nature, but above all history that is so rich and ancient.  It is a land of contrasts. A place where traditional (old) and modern (new) intertwine. Tradition is being introduced to the modern way of life, and the splendor of the Byzantine Empire amazes with its beautiful architecture and numerous stories that leave many people breathless. Few countries in the world can boast such a large number of attractions, some of which are several millennia old.

And nature is something special in Turkey. Beautiful landscapes, pleasant climate, and rich flora and fauna are something that Turkey can be proud of. But apart from its beautiful nature, Turkey is also known for many other things.

However, we will do our best to pack this article with all the historical gems you absolutely must come to Turkey to see. Regardless of the reason and purpose of your travel, if you’re a history geek, squeeze in a couple of hours or days in your schedule, and book a tour to visit at least some of the places from our list below. 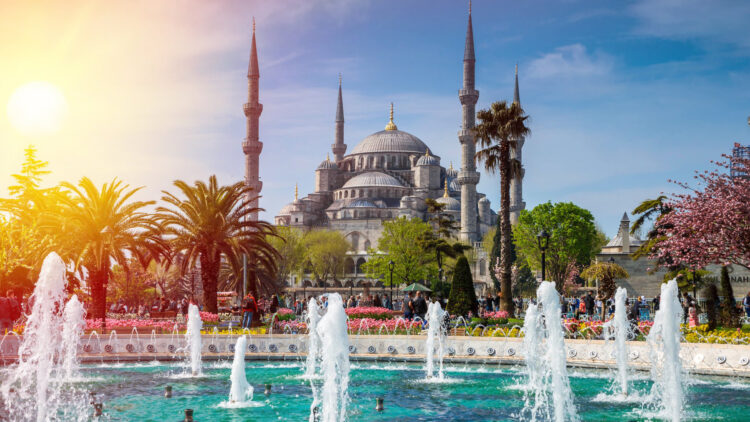 It was rather obvious which historical gem would be the first on our list – the one and only Istanbul.

Although not officially the capital of Turkey, it is the economic and cultural center of Turkey, which is also the only city in the world located on two continents, Europe and Asia. The first thing you will notice if you fly there are the million houses and buildings from which many Istanbul mosques rise. When you land, you will feel that you have entered a country that is not far behind

European capitals such as London, Paris, or Rome. It’s a perfect destination to choose to satisfy your thirst for history since it has been inhabited probably even before the 6th millennium BC.

According to toursce.com it’s also a great starting point for visiting the rest of the gems from our list. Some of the historical sites, however, deserve to have a place on their own on this list, so we’ll state them below.

Those who visited know it is the most magnificent mosque in the city. It has six tall elegant minarets and is the only such mosque in Turkey. It was built in the period from 1609 to 1616, has a square ground plan, and has three doors, of which the main and largest doors open onto a large courtyard. It is located right next to Hagia Sophia in the heart of Istanbul. The Church of the Holy Wisdom is a building in Istanbul that was built as a church, then converted into a mosque, and then into a museum. It is a masterpiece of Byzantine architecture and art in general. It was the largest church in the Eastern Roman or Byzantine Empire. It is located in the very center of Sultanahmet next to the Blue Mosque.

Aspend was an ancient Greco-Roman city located in the present-day province of Antalya. It is located about 7 km northeast of Serik. The amphitheater was built in the 2nd century and was used for theatrical performances. Nemrut is a 2,134-meter-high mountain in the southeastern part of the country, 40 km north of the city of Kahta, near Adıyaman. Nemrut is best known for the archaeological remains of a large number of sculptures near its peak, which are believed to be the remains of the royal tomb of Antiochus I of Komagena from the 1st century BC. It was therefore added to the UNESCO World Heritage List.

Ephesus is the city you absolutely have to visit, as it was the birthplace of Heraclitus. The Library of Celsius is one of the most beautiful buildings in Ephesus, built in 117 AD. The city of Ephesus was once known for the Temple of Artemis, one of the seven wonders of the ancient world. Tourists who visit this area can see many sights and one of the most famous is the Celsius Library, which housed over 12,000 volumes and which served as the tomb of Celsius, the ruler of Asia.

7. The tombs of Lycia 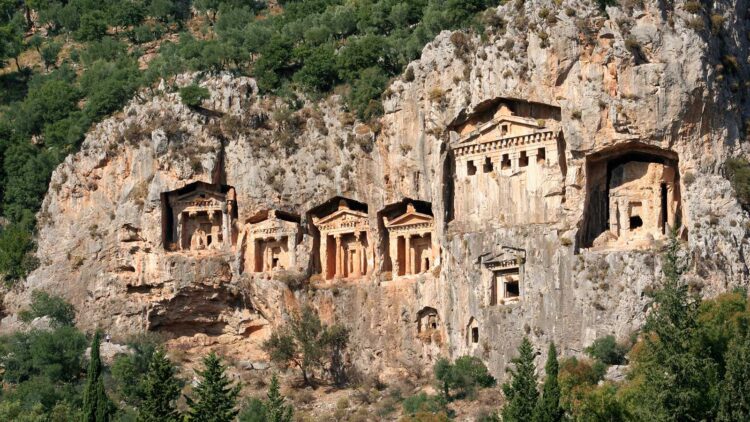 A former region in Anatolia, which was firstly mentioned in the records from ancient Egypt. The best evidence of the Lycians today is the tombs they left behind and which are located throughout the country. Among the important tombs is the one in the town of Fethiye on the southwest coast of the country. The tomb is dedicated to Amintas, who is only known to have died around 350 BC.

He is believed to have been a significant figure, as a monumental tomb was built that looks like an Ionian temple carved into the cliff above the city.

Another of the Seven Wonders of the World is located in today’s Turkey. In the ancient city of Halicarnassus, today’s Bodrum, the Carian king Mausoleum built such a grandiose tombstone, and since then all large tombs have been called mausoleums. 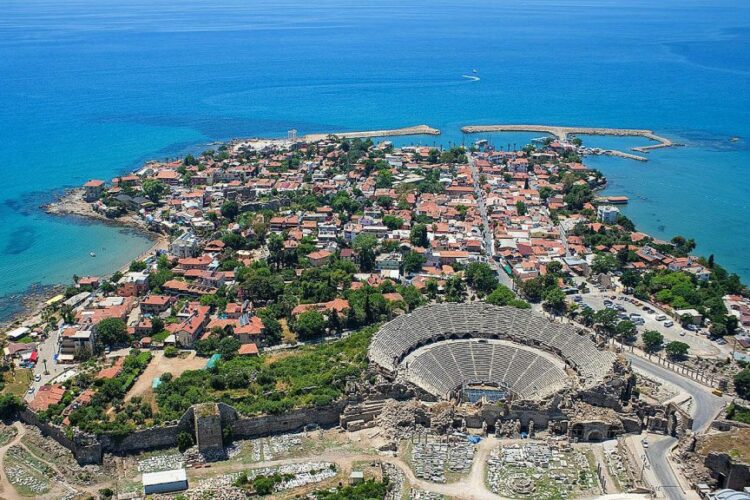 In addition to all the modern resorts, the remains of the ancient city, which are one of the best-preserved classical sites in the country, are located in this coastal town. Among the many important remains are the Vespasian Gate, Roman walls, an aqueduct, paved roads, an agora, the remains of temples, a port bath, and a large theater. Here, on the shore, are the remains of a temple dedicated to Apollo still stand.

The locality of Kaunos, only a few kilometers away from today’s Dalian (province of Mugla), testifies to the rise and fall of civilizations. Among the important sites, the Acropolis and the fortress of Heraklion from the 5th century BC stand out.

As was mentioned in the beginning, this country is so rich in history and culture, it would take a lifetime to see all the fascinating sites. So, do not wait any more, go book yourself a tour of a lifetime.