Available on both Android and iOS, kaleela is a premier Arabic language learning app that not only teaches you the fundamentals of the Arabic language, but it also teaches you the different dialects of the language, something that no other Arabic language learning app does. This progressive app with a fun and user-friendly interface allows you to start at an appropriate and comfortable level and takes you from beginner to advanced levels for each dialect. Additionally, each dialect uses genuine native Arabic speakers in its audio lessons, ensuring that you will be talking like Egyptian (or, Jordanian, Palestinian Saudi, Syrian, Iraqi – you get the idea) at your own comfortable pace. And while most apps teach you the basics of reading, listening, and speaking, kaleela goes a step further by teaching you how to write in Arabic, too! TenguLogi is an Android app that is designed for beginners of the Arabic language that uses flashcard- style lessons to teach you the Arabic alphabet. Along with each letter is a transliteration and pronunciation of the letter. The app also includes information about Arabic vowels and numbers up to 100. This is a great app if you are just starting to learn Arabic as the alphabet and pronunciation of each letter is a great place to begin your Arabic journey.

Bravolol is a very aesthetic and user-friendly app aimed at beginners of Arabic that allows you to create flashcards from popular Arabic expressions and phrases that you can learn anywhere at any time. And the best part? You don’t even need internet connection to use it. Just download it and your ready to start learning the Arabic language.

50 languages is available on both Android and iOS platforms and was created for users at the A1 or A2 level on the Common European Framework of Reference for Languages scale. This is a great app if you’re ready to move beyond the Arabic alphabet and on to Arabic vocabulary and includes audio so you can improve both your listen and speak skills. 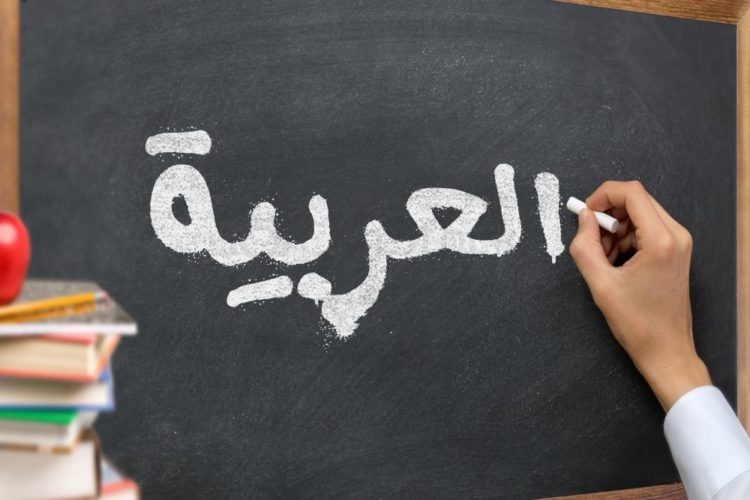 Learn Arabic – Language Guide is available for free on all Android mobiles. Like Bravolol it also works offline, so you can learn Arabic even in the remotest locations once you’ve downloaded it.  And like all of the apps mentioned on this page, it’s also designed for beginners of the Arabic language as it teaches you the fundamentals of Modern Standard Arabic including Arabic numbers, the Arabic alphabet, Arabic grammar and some basic conversational Arabic.