Long before the first shooter game (whether it was TPS or FPS) saw the light of day on PCs – the earliest game developers used their creativity and imagination to devise RPG games. Many of them are still known today as the best RPG titles of all time.

Why Are RPG Games So Popular? 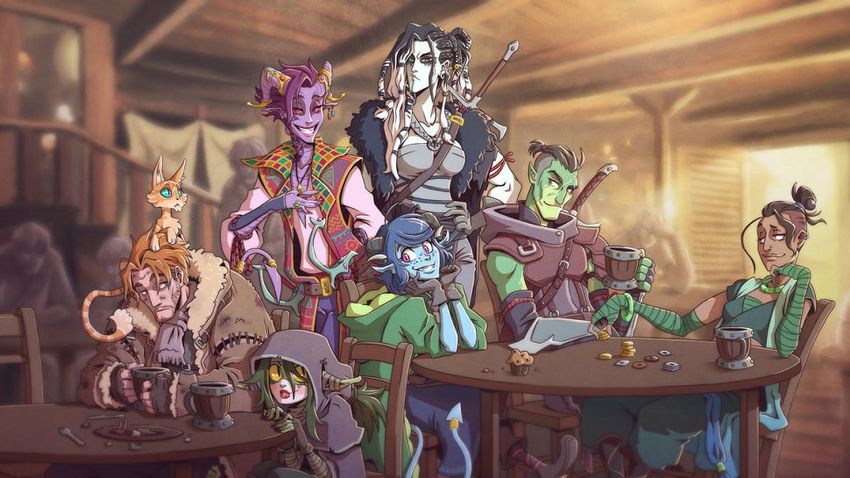 The RPG genre has always occupied a popular place in the gaming and entertainment world. It could be said that this is a consequence of our need to escape into that imaginary world of video games and become someone else. Therefore, the genre itself grew and evolved – as the video game medium gained in popularity.

RP and RPG – Is There A Difference? 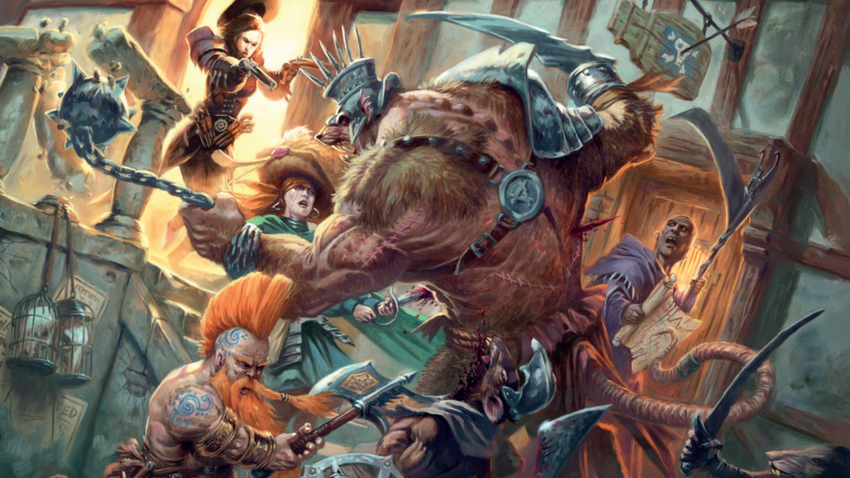 The so-called Role-Play is not the same thing as an RPG (Role-Playing Game) – although the difference between those two is difficult to understand. RP is specifically your role-playing an imaginary character, with some pretty strict boundaries, where you are literally your character, while RPG is much more action-oriented – you are more building and shaping the world around you with your actions.

Over the past 40 years or so, since the inception of D&D RPGs in 1974, this genre has evolved, so the real question today is  – how much of this Role-Play aspect is present in RPGs. We will take a slight look at this evolution. 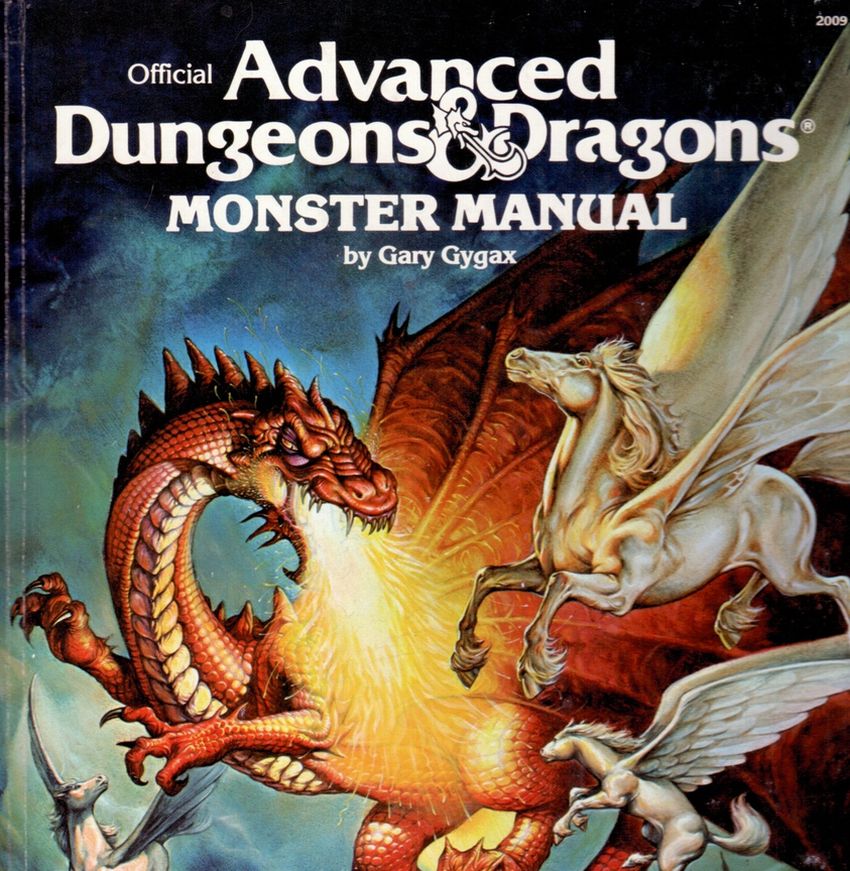 Although indications of RPG elements began to emerge in the late 1960s, none of the ideas was realized until the early 1970s, that is, until 1974. Gary Gygax and Dave Arneson, two people who have refined RPG elements through a variety of smaller warfare games over the past few years – in 1974 released a game called Dungeons & Dragons.

The overall success of the first known RPG was inevitable, so after a few years, Arneson and Gygax dropped Advanced Dungeons & Dragons – an ambitious project that expanded the rules of the game to a smaller library of books. Optional modules began to appear, by numerous authors, the popularity of the game jumped dramatically, and new game variations by other publishers – such as RuneQuest from 1978 or Call of Cthulhu from 1981 – began to emerge.

The influence of the so-called role-playing game, which allowed players to take on another character’s game in the fantasy world, began to quickly affect other media too. Therefore, the early computer-generated imitations of RPGs such as Akalabeth and Rogue also found the root of the modern RPG genre.

The ’80s – Struggle For Market Power And The Wave Of Innovation 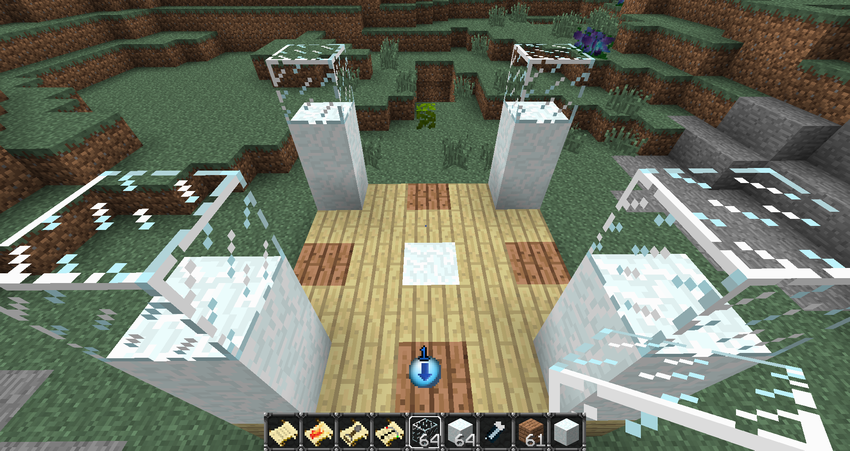 In the 1980s, the genre had already begun to rise in a direction comparable to today’s systems – so the wave of innovation that followed was massive. In the 1980s, many modules of the well-known AD&D-based RPGs tried to create something that could be adapted to any theme, as the system itself was very limited to a single localization.

This meant that if someone wanted to play both – a game set in the science-fiction world and a game in the epic-fantasy world – he had to buy two separate modules. However, while games that took some minor steps in this direction slowly appeared – the first generic RPG system that could adapt to any theme was Chaosium.

After Chaosium, games like Ars Magica, Avalon: The Legend Lives, etc. –  have made some significant strides in narrative and progression systems, and 1988 marked the release of the second edition of D&D. This edition of the game has greatly simplified some systems, reduced the required number of books to something less than the size of a library, and introduced some of Tolkien’s character archetypes. 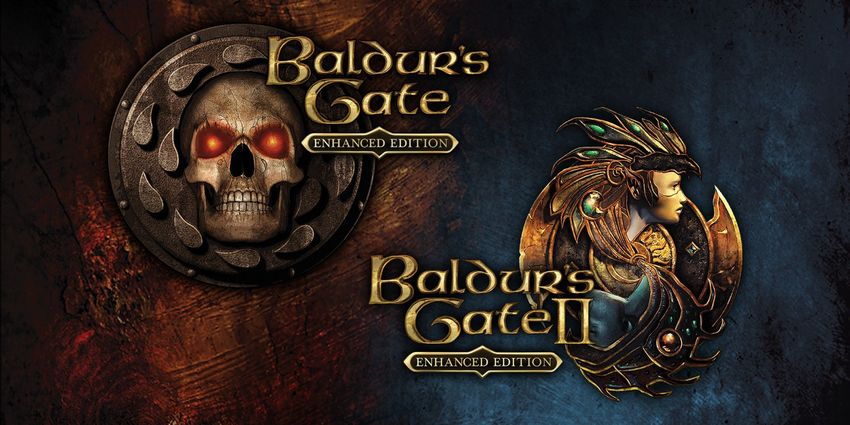 As technology has advanced and home computers and consoles have begun to take hold, the rise of video game RPGs has been imminent. These games utilized the background and mechanics of many tabletop games, without the need for a game master or requiring the player to constantly be in the role of the character he plays. Although they brought in more new people – this ultimately split the community into two parts – tabletop and video games.

The early 2000s already marked the greatest rise not only of the RPG genre in general but of the entire gaming industry. Already in the first 3-4 years, games that will completely set some industry standards have emerged, and there was also the Baldur’s Gate II as the last breath of old-school RPGs from the ’90s. The RPG also gained a lot of subgenres. As the genre itself grew and how new ideas emerged. In 2004, World of Warcraft came out, not the first MMORPG in history, but certainly, an MMO that set some standards that all similar titles have clung to over the next ten years.

In the last decade, as the Steam platform and similar crowdfunding platforms have grown – the number of independent studios, the number of games produced and the general gaming population has been launched to the sky.

People just loved RPGs, and even some old-school RPGs came back with a bunch of new ideas. Still, the action RPG was by far the biggest. Below is our selection of the best RPG games of all time, which some might disagree with. However, we don’t think you’ll mind when it comes to such a difficult choice. 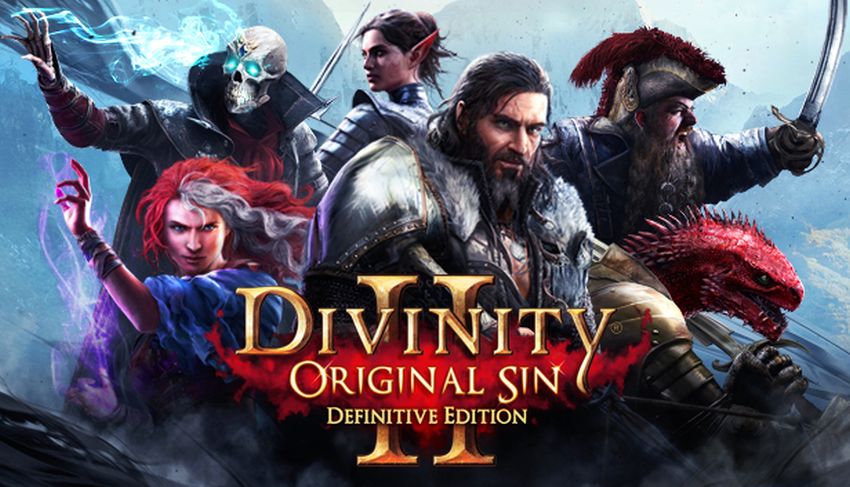 This is a game that will enchant and captivate you with its openness. If you like open-ended RPG titles that have a myriad of side quests, character skills, tactile combat – then this is a game where you spend hours and hours of your time. Certainly one of the best RPG titles. 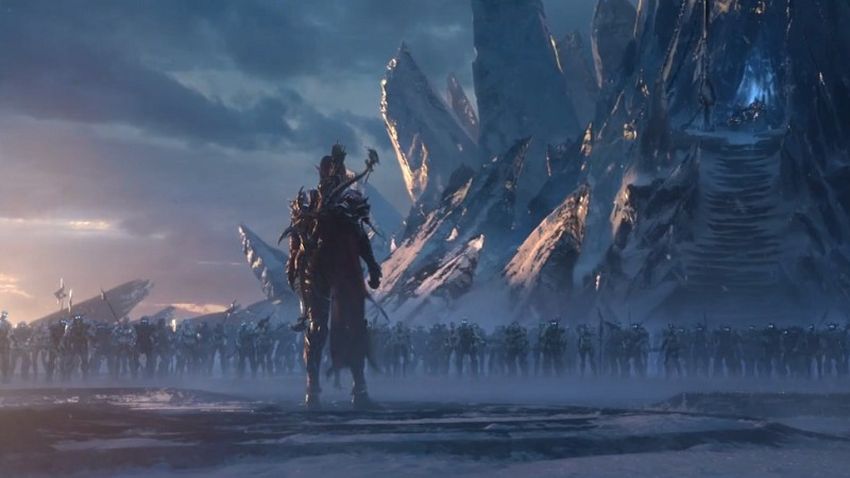 We have been playing World of Warcraft for fifteen years, and as things stand, our friendship will continue for a while. This game continues to develop and expand. We will just remind you that World of Warcraft has been upgraded with seven expansions so far, and now with the eighth – named Shadowlands and it’s time to get acquainted with its contents. A previous addition, Battle for Azeroth, has once again inflamed the rivalry between the Alliance and the Horde, for which the blame fell on the shoulders of Sylvanas Windrunner, who became the leader of the Horde.

Although generally the story where Sylvanas suddenly becomes evil and the Horde loses another leader did not “fit” at all – we reconciled with it and expected to be the last boss in the final raid. However, developers are still decided to spare – at least for now. Specifically, the exiled Sylvanas manages to open the passage between Azeroth and the empire of the dead.

Of course, in addition to new adversary models, additional character beautification options, the authors have also provided new dungeons for the initial Shadowlands release, four of which are available during character development, while the remaining five will be visited by those at the sixtieth level.

Certainly here you have the opportunity to upgrade your characters –  more precisely to boost them to raise your playing level. You can do this very easily through specialized boost services like https://boosthive.eu/wow, which offer you plenty of ways to help your characters and reach the desired level of play – which, we must admit –  is not easy to achieve. Try WoW carry service and make it easy to get through this amazing mega saga. 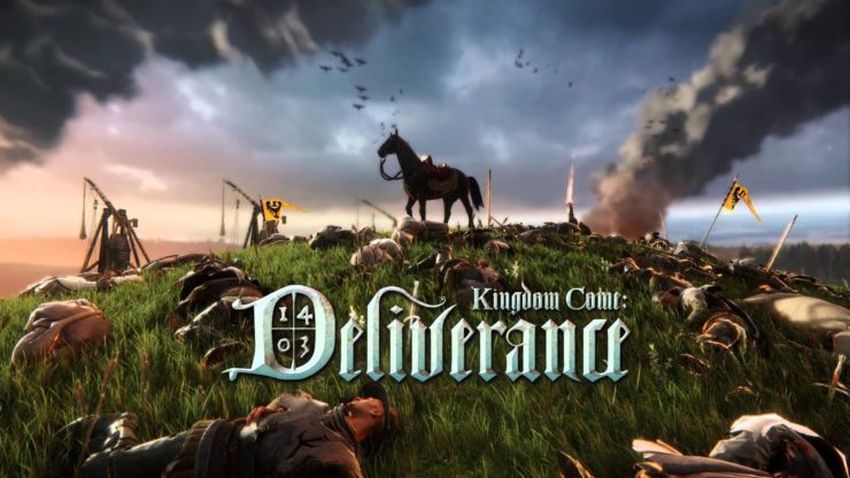 This is an RPG title with a historical twist. The game takes place in the muddy fields of Bohemia, the year is 1403, and as a player, you take on the role of a peasant named Henry. The war is in full swing and you, as a peasant, have lost all your land. The RPG mode of the game is quite detailed.

A lot of effort has been put into the fights, so you will be very careful. Aside from the classic charging – there’s also a hunger system, which means you have to make sure your character doesn’t die of hunger and thirst. Not to mention crafting and assembling equipment. 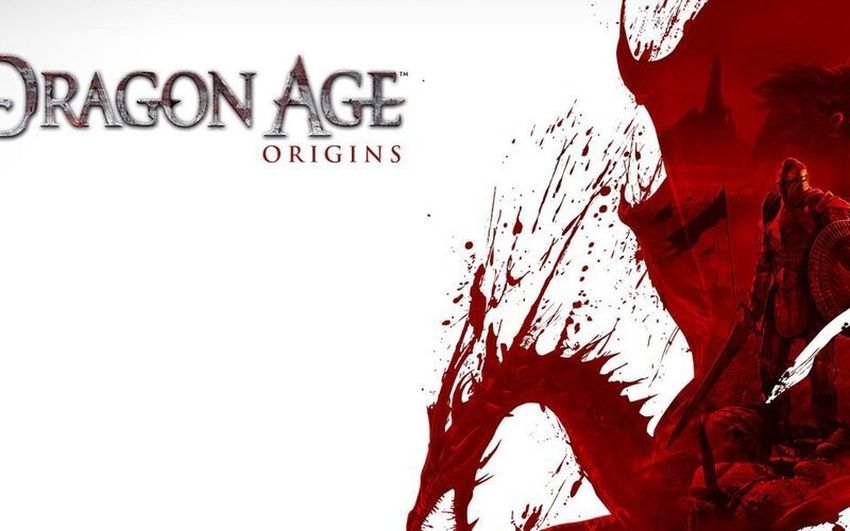 Dragon Age: Origins, is a game of Bioware – a studio that is credited with such hits as Baldur’s Gate, Neverwinter Nights and Mass Effect. Dragon Age brings us the epic tale of the ultimate war between good and evil in a fantasy world, told through more than 100 hours of play. 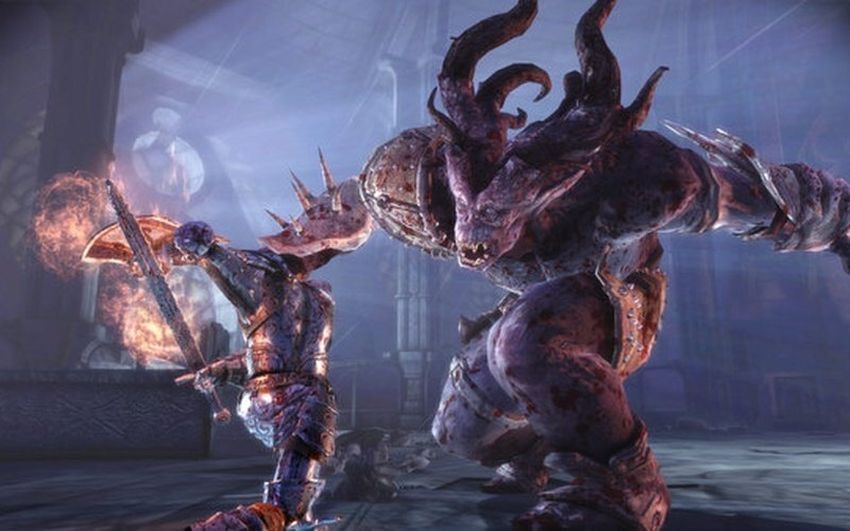 A special treat is a fact that the game will be quite a different story and structure – depending on which hero you choose at the very beginning. The famous system of choosing between actions that lead you to the good and the evil side has also been refined. If you haven’t played an epic RPG before, you can finally play Dragon Age: Origins. 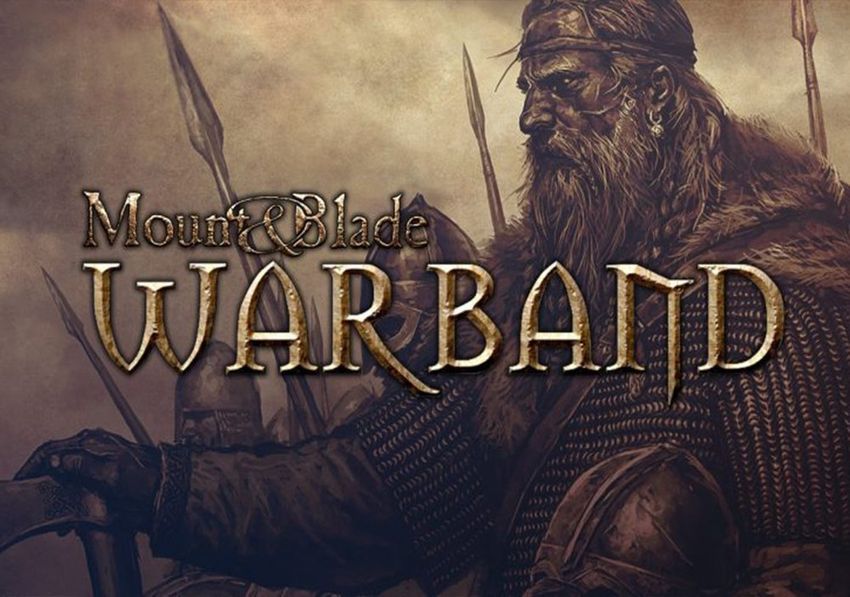 There are very few games on the market that contain a medieval fight that has been properly implemented and programmed. Mount & Blade: Warband is one such.

Aside from re-educating and training a few farmers into soldiers – this is a great way to make sense of how you as a player can greatly contribute to winning the battlefield thanks to your character control skills. If we include alliances, marriages, looting and the economic system – Mount & Blade: Warband is one of those games that can rightfully and should be listed on the best PC RPG titles.