Smartphones are the most important essential things for people in day to day life. The market researcher tells that the smartphone markets in Asia have covered 50% of the global markets. In Asia, China and India are assumed to rule the smartphone market in the upcoming future. From the recent analysis, over 1 billion shipments are made in Asia. 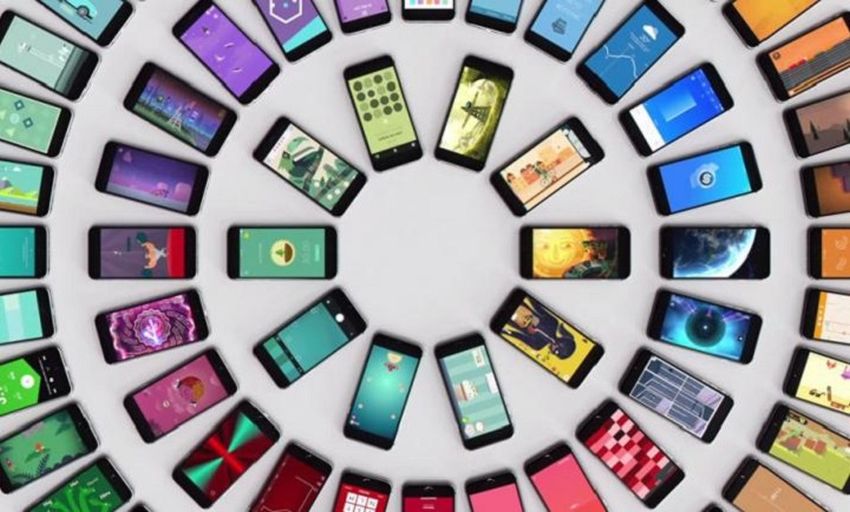 On the other hand, China’s economy has vast growth over the last 30 years. According to GDP in economic growth was $23.12 trillion in 2017 and 2018. The Chinese government wants China to become the world’s economic leader. Also, Chinese smartphone companies became the market leader rapidly. Like Huawei is one of the world’s top cellular-equipment maker and a developing 5G technology. Furthermore, Lenovo is another best technology company in china. And the top best smartphone company in China is Xiaomi.

Let’s talk about India. India is the world’s fourth-largest economy. According to GDP in economic growth was $9.4 trillion in 2017 and 2018. It is assumed that by 2022, the user of smartphones will be 400 million. The plus point of India is India has its industry of smartphones.

Smartphones are a very price range that plays a vital role in Bangladesh, China, and India. But each of countries has its own different choices of smartphones brand. Like in Bangladesh, Samsung is one of the leading smartphone brands since more or less than ten years ago. On the other hand, Vivo and Xiaomi are one of the leading smartphone brands in India. And in China, One Plus, iPhone, and Xiaomi are the most popular top brands.

In 2019, the market seems to in huge growth sell in different brands or companies because of the price and features. Depending on different elements, the price of smartphones varies. But in most cases, it has seemed that the official price range remains the same. For example, the official price of Xiaomi Redmi Note 7 (4/64 GB) is 19,999 Taka in bd, whereas, in India, the price is 11,999 rupees and in china, the same smartphone price has CNY 1,100.

But the twist is Xiaomi’s both Chinese version, and the Indian version is exported in Bangladesh. As a reason, the price varies due to the addition of shipping costs. But definitely, the amount of Indian Xiaomi phones are less compared to Chinese Xiaomi phones. Just because of the difference in the price range, the Chinese Xiaomi has more features than Indian Xiaomi. Furthermore, China and India have their industry of cell phones as a reason the prices of smartphones are relatively high in Bangladesh than in China and India.

China has there owned the iPhone industry. Moreover, the most popular One Plus, Oppo, Huawei, and Vivo, is a Chinese brand. Each smartphone has different specifications and costs. But whenever people buy an official phone, the price range seems to be very high because the Chinese always transported from China to Bangladesh.

In China, marketing is a big issue. Their economic fluctuates very time, and promoting any product seems very difficult because china does not have permission for using social media like Facebook. On the other hand, India has a massive market and an excellent place to promote any smartphones. Due to this issue, China sponsored several times in India for selling their products out of China. On the other hand, Bangladesh is also the best place for promoting and marketing. And considering that the price range in Bangladesh is very high than the price in China.

In 2016, India manufactured smartphones of 400 billion dollars. These smartphones were made by focusing the middle-class people so that they can buy easily. And when the local smartphones cost reduced by the market, the international companies started to follow the same trend. As a reason, most of the smartphones brands and companies have to face strong competition. That’s why every year, most of the smartphone brands launched their flagship products with some powerful features at a reasonable price.

According to the pie chart in Bangladesh and MobilePrice-Bangladesh website, there are almost 53% demands of Xiaomi phones in the market the 14% of Samsung and 12% of Walton, and 21% of other smartphones. As of now, the growth of sales increases to 20.3% of official smartphones. Some factors help to increases growth.
Internet packs are available with speed of 4G within a very reasonable price.
Smartphones can make payments. 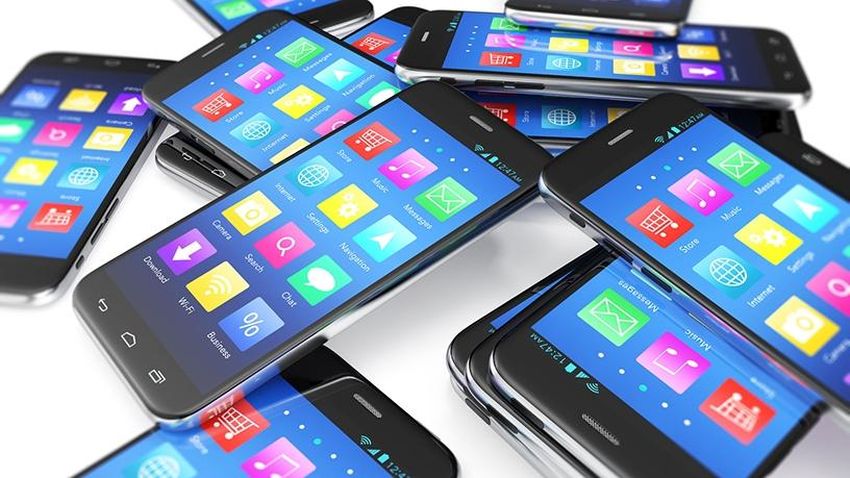 The smartphone market of Bangladesh has the same strategy as the smartphone market of India. The economic growth is higher by 30% in India because of the import cost and some of the local smartphone brands. Also, the Korean Samsung has a vast market in India, whereas Finland Samsung has the most significant market all over Bangladesh. Due to this reason, there is a big difference in prices and brand loyalty. The growth of demand for smartphones is increasing at a high rate in Bangladesh. But sometimes the local customers focused on local brands to avoid shipping costs and tax.

From IDC’s report, the shipment of smartphones from India and china decreased by 15% in 2018. That was the first time the delivery decreased. This happened because the smartphones which have enabled 4G to have a higher price and the 4G networks were not that good as expected. After that, the government helps to recover the bad times. They have upgraded the 4G network and reduced the budget of the smartphones.

Symphony dominated the whole of the 2018 year. And the dealers want to make more focused on a symphony with different strong features. Due to immense competition, the seller also has aggressive plans for the customers to get convinced to buy this smartphone with a very friendly-budget.

Transsion is one of the leading contributors to Bangladesh. Their company has a huge business role in expanding smartphones with a low price in the market with high-quality services. 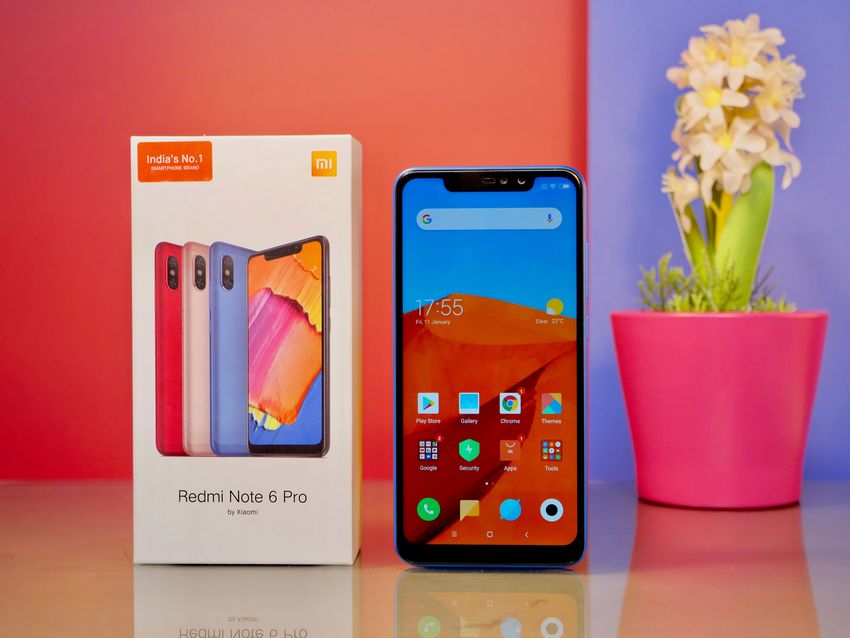 Xiaomi is the best brand in Bangladesh, which replaces Samsung from the top 3 positions. The shipment of this brand increases by 56% because the products they are selling in Bangladesh are better than all other smartphones in the market. These Xiaomi POCO series are most demanding in the Asian Market. And probably the best one in terms of services, features, and designs. The more new models like Readme 6A, Redmi 6, and Poco F1. This brand is one of the fast-growing smartphone brands.

Samsung shipment is decreased by 31% due to Xiaomi. Peoples of India and Bangladesh think Xiaomi is a better option than Samsung. Samsung always has higher prices, which help Xiaomi to beat Samsung from the top 3 positions to down. But with the most amazing M series, Samsung seems to come back and rule the Asian market.

Huawei has secured 5th position in the list of smartphones market in the ranking. This brand shipping increased by up to 4% in 2017. But the new Android models have wonderful features which help to compete with Android smartphones in the Asian market.

In Bangladesh, 80% of people are now connected to the internet. So, 120million people subscribed to smartphones, and among then, 63 million peoples use data plans. That’s why there is a 25% growth in total sales of brands at a cheaper rate. Because the government provides tax for weekends for the local companies and the companies can produce smartphones at a more affordable price, and people are getting the technology privileges.