Aren’t animals beautiful? There are so many different species and each one of them has some interesting and breath-taking characteristics. What is even more interesting is that some of them haven’t yet been fully researched. In the following text, we are going to tell you more about octopuses.

The most fascinating thing when it comes to this ocean creature is its intelligence.  They are considered to be the smartest of all invertebrates. Researches have shown that octopuses are capable of maintaining both short and long-term memory. Also, they can learn from their experience by solving problems and remembering solutions. 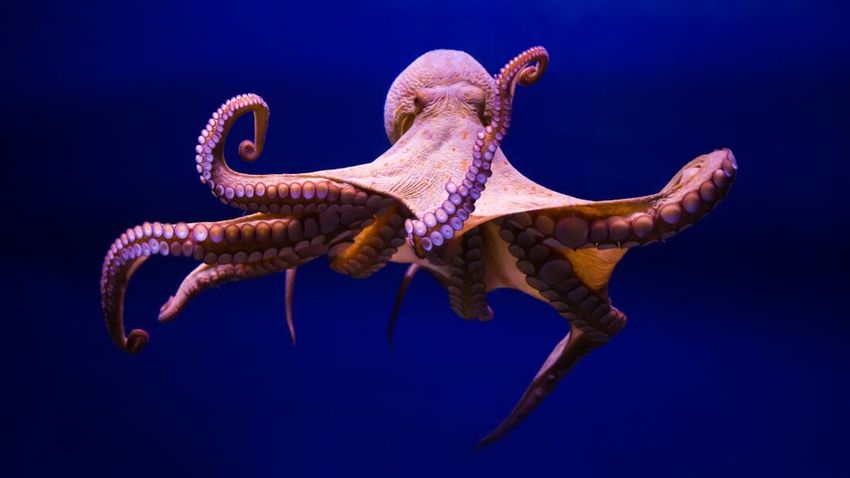 In addition, they can successfully use a number of different kinds of tools. Furthermore, they can develop emotions and even have specific personalities. How cool is that? In order to build fortresses around their lairs, they tend to collect shells and other objects. If you don’t believe us, check out OctoLab website to see some interesting videos and learn more about them.

Did you know that they have got not one, not two, but three hearts and that their blood is actually blue? Two hearts transfer blood between the gills, while the third one pumps the blood through the rest of the body. Interestingly, the third heart stops when they are swimming which is why to get tired quickly. Also, their copper-based blood transports oxygen efficiently when the temperature of the water is very low. However, because of their unique blood, octopuses are very sensitive when it comes to water acidity. 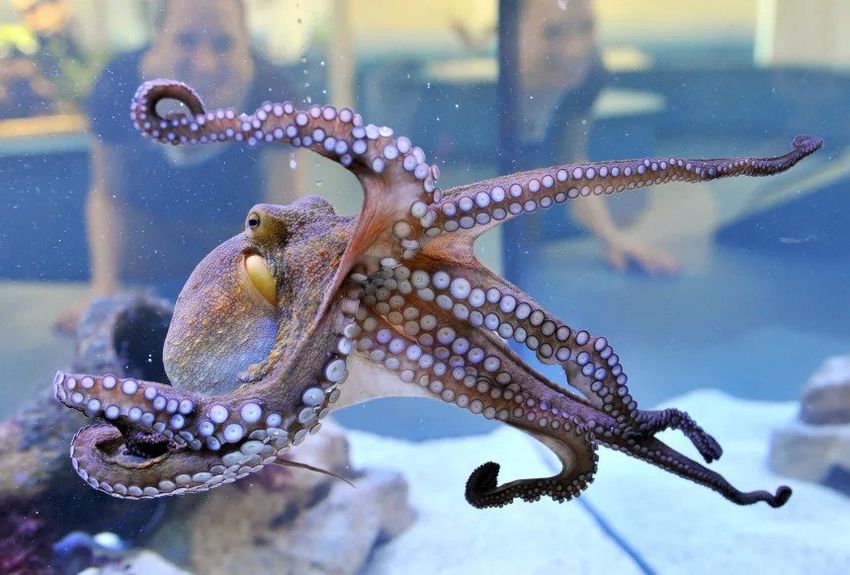 Since they have no bones in their entire body, they can squeeze into tiniest holes and thus escape easily. Also, when sensing danger, they can run away, reaching a speed of 25 miles per hours by propelling themselves. Additionally, they can release a cloud of ink that does not only help them escape but it also harms the enemy. It consists of a compound called tyrosinase that harms the attacker’s eyes, as well as its senses of smell and taste. Even octopuses could die if they don’t escape from the ink fast enough.

Their arms (not tentacles!) have a mind of their own because about two-thirds of octopuses’ neurons are located in their arms and not their head. Since they have got eight of them, it basically means they can do different things at the same time without any trouble. Another fascinating thing is that these arms can react even if they have been completely detached. 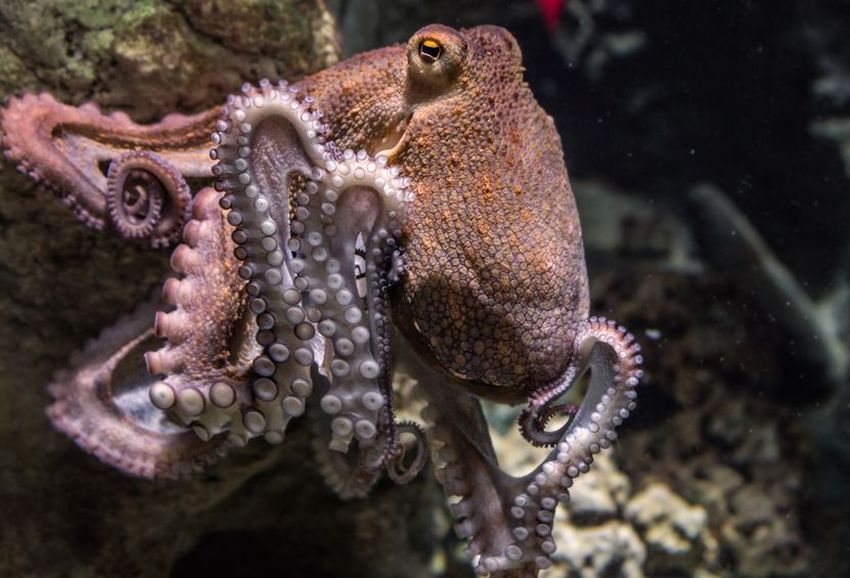 When it comes to mating, female octopuses can lay around 400,000 eggs. Unfortunately (perhaps?!), after mating males drift away to die, while females take care of the eggs. They become so occupied by their motherly duties that they stop eating. Once the eggs have hatched, the female octopus slowly starts to die.

Moreover, these creatures possess unbelievable camouflage power which makes them extremely hard to hunt. They can easily change the color of their skin or imitate the pattern of the surroundings to become invisible, and it is all because of the skin cell called chromatophores.

Lastly, octopuses are really, really old. The oldest fossil that is displayed at the Field Museum in Chicago is 296 million years old. This means that they are even older than dinosaurs and that is mesmerizing.

All in all, in this text we have discussed some facts about these fascinating creatures. As mentioned above, you can find out even more online.