Action games are definitely one of the most popular genres. Apart from them, RPGs or role-playing ones are a world-renowned genre in the gaming industry. Well, one subgame of RPG games that are also very popular is ARPG, or action role-playing game.

Currently the most popular video games that belong to ARPG are Diablo and Path of Exile. Quite simply, these two are unsurpassed when it comes to action role-playing games for years. Diablo was released on December 31, 1996 by Blizzard Entertainment, while Path of Exile was released on October 23, 2013 by Grinding Gear Games. 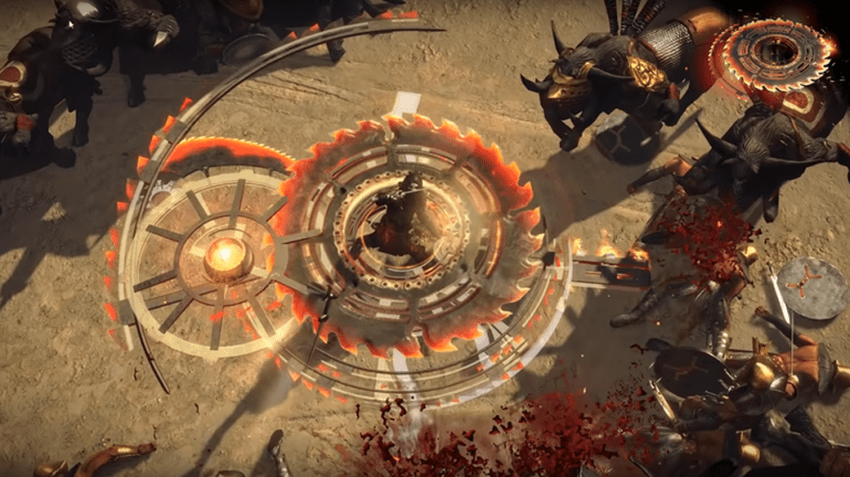 What’s interesting is that since its first release in 1996, the Diablo franchise has had several sequels. For example, Diablo I and II (June 29, 2000) as well as the last Diablo III (May 15, 2012). Also, each of the three games had additional expansions. For example, Diablo I has Hellfire, II has Lord of Destruction while III has Reaper of Souls as well as Diablo Rise of the Necromancer extension packs for now.

As for Path of Exile, this video game was released 6 years ago in 2013. Since then, no new sequels have been released, but interestingly, PoE overtaken the aforementioned Diablo in popularity. But why this is so? We’ll try to explain in the following text. In the meantime, if you’re playing Path of Exile, check out eldorado.gg to trade accounts and items. Now, without further delay, let’s get started.

Why Path of Exile Is More Popular Than Diablo Franchise 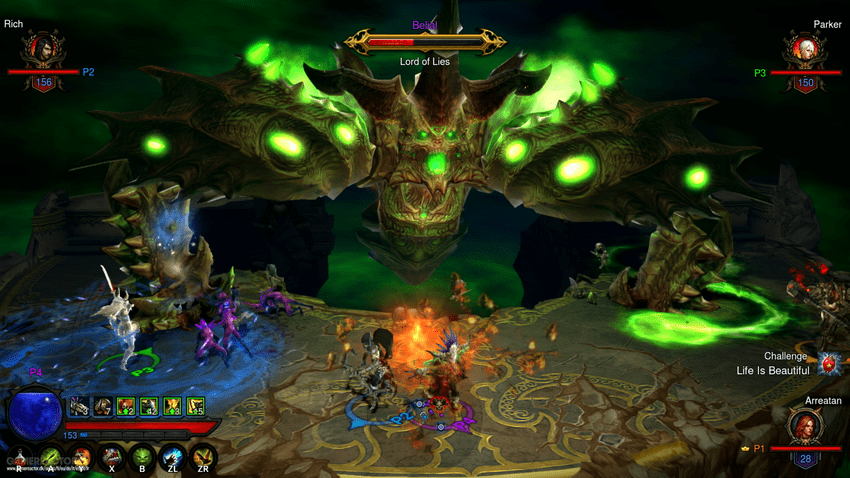 As mentioned previously, Path of Exile is an overtaken Diablo video game series in popularity. This is really interesting because in certain segments, this one is a better game than PoE. We will try to compare these two extremely popular video games and discover the main reasons. 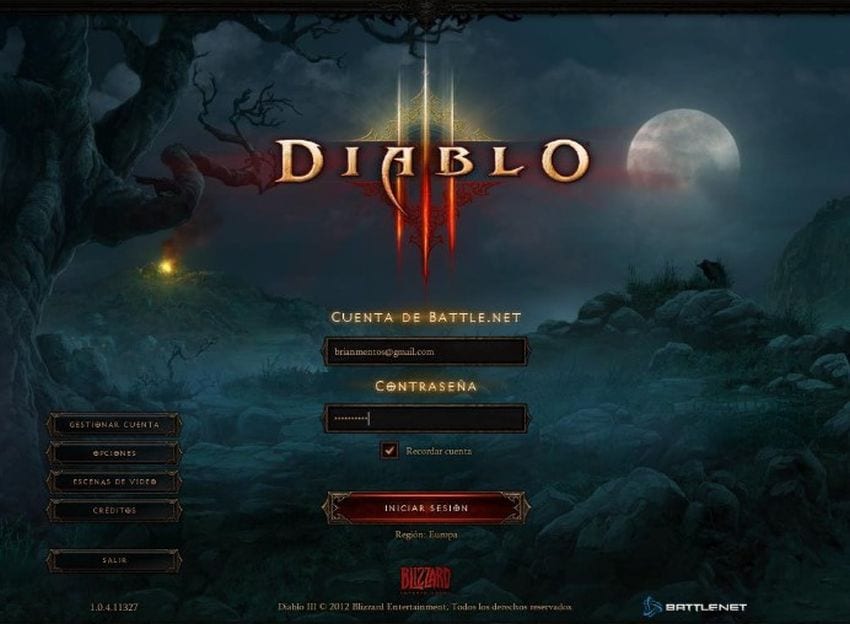 The last video game from the franchise is Diablo III. It was initially released on May 15, in 2012. For the previous 7 years, Blizzard Entertainment introduced the PC version for Windows OS in 2012, as well as the Mac OS X version the same year. Then, in 2013, the PlayStation 3 and Xbox 360 versions were introduced. One year after that, in 2014, PlayStation 4 and Xbox One versions appeared. The last platform for which Diablo III was released was the Nintendo Switch, just over a year ago, in 2018. The name of that release is Diablo III: Eternal Collection.

It is important to note that Diablo III: Ultimate Evil Edition contained a previously released Reaper of Souls extension pack that was adapted for gaming consoles (previously only PC version), while Diablo III: Eternal Collection was a combination of Reaper of Souls and Rise of the Necromancer extension packs. It’s available on PlayStation 4 and Xbox One gaming consoles, and since last year, for the Nintendo Switch.

As for Exile of Path, it was initially released on October 23, in 2013 as a version for Microsoft Windows. After that, a version for the Xbox One gaming console appeared in 2017. The latest released version was designed for the PlayStation 4 and officially became available on March 26 of this year.

So, if you read carefully, you can conclude that Diablo III is available on more platforms than Path of Exile video game. For now, PoE isn’t playable on Nintendo Switch or on computers running Mac OS. This is a plus for Diablo III, but let’s check out some more segments.

We decided to compare these three segments together. As for the campaign, Diablo III is a really great game and has everything you want to see in a dungeon crawler. The whole story is designed to be interesting at any moment and to keep your attention. Simple, you are always connected to the characters and everything goes very smoothly. As for PoE, the campaign is indeed longer but also messy.

When it comes to graphics but also gameplay, a great word to describe these segments in Diablo III is ‘smooth’. Indeed, this one is very interesting and provides a fantastic gaming experience. What we would like to emphasize is gameplay mechanics but also precise and fine graphics. All this means that Diablo III is better than PoE in all of the three previously mentioned segments.

However, this doesn’t mean PoE is poor. On the contrary, the gameplay is quite good, even the gaming experience is fine. However, the biggest drawback compared to Diablo is the melee combat system, which is relatively bad. Fortunately, Grinding Gears developers are working to improve and make PoE smoother.

When we sum up the results, Diablo has a better campaign as opposed to a difficult one in Path of Exile. Also, Diablo III gets pluses for great graphics as well as smooth gameplay (especially combat mechanics). 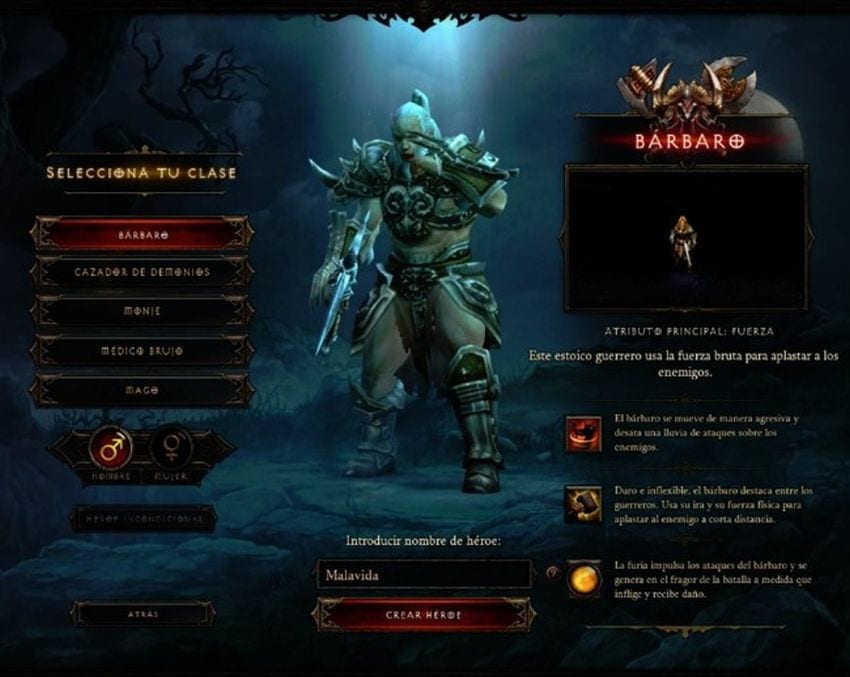 The last three segments we will analyze are the price of the video game, as well as the release of new updates and patches. Although Blizzard releases new updates and patches from time to time, it’s still not enough to beat the incredible Path of Exile developers. Grinding Gears makes new enhancements, skills, items, and more available to their players almost every month. This is a significant segment when it comes to video games and can be said to compensate for the game being released 7 years ago and for having slightly lower graphics.

When it comes to price, this is another segment where PoE is unbeatable. To buy the full version of Diablo III, depending on the platform on which you want to play the game, you will need to spend a few tens of dollars. Path of Exile, on the other hand, is completely free and available on Steam. That’s another big plus for PoE, and these segments seem to be the key with most gamers who like ARPGs.

For now, Path of Exile is more popular than Diablo III. However, both Blizzard Entertainment and Grinding Gear Games have announced new releases, Path of Exile 2 as well as Diablo IV for the end of 2022. It may bring a change when it comes to popularity, but certain is that we all eagerly await these releases at the end of next year.