For the past few years, the U.S. dollar has been stronger than the Canadian dollar due to many reasons. Despite that, one question that can strike your mind is, will the CAD ever catch up with the USD? Well, it depends on many factors that we are yet to see.

Many economic factors come into play when it comes to currency strength. So, we can’t despise the fact that the U.S. dollar is stronger than the Canadian dollar, and it can take many years and effort for the CAD to be at par with the USD one more time.

This guide looks at a brief history of the USD/CAD currency exchange rate and factors that have made the Canadian dollar weaker than the U.S. dollar. You’ll also learn what Canada needs to do for its currency to be at par with the U.S. dollar.

But before we look into that, let’s interpret the meaning of the USD/CAD currency pair.

Interpreting the Meaning of the USD/CAD Currency Pair 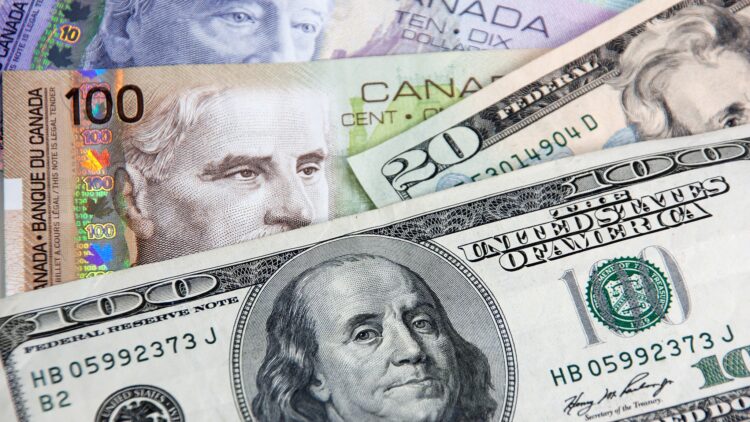 What comes to your mind when you see the “USD/CAD?” The currency pair indicates the quoted rate for exchanging the USD to CAD. In other words, it shows the amount of Canadian dollars you’ll receive for each U.S. dollar, and the rate keeps fluctuating.

Let’s look at a practical example.

Suppose you exchange US$1,000 for Canadian dollars at an exchange rate of 1.27. In that case, you’ll receive C$1,270, which has an extra $270 in Canadian currency. That means the USD has a stronger purchasing power than the loonie (Canadian dollar).

Even though the USD/CAD currency pair has attained parity at various times, the USD has traditionally been stronger than the Canadian dollar. That is because the USD is the world’s most traded currency. You’ll learn more from the history of the USD/CAD pair.

A Brief History of the USD/CAD Exchange Rate 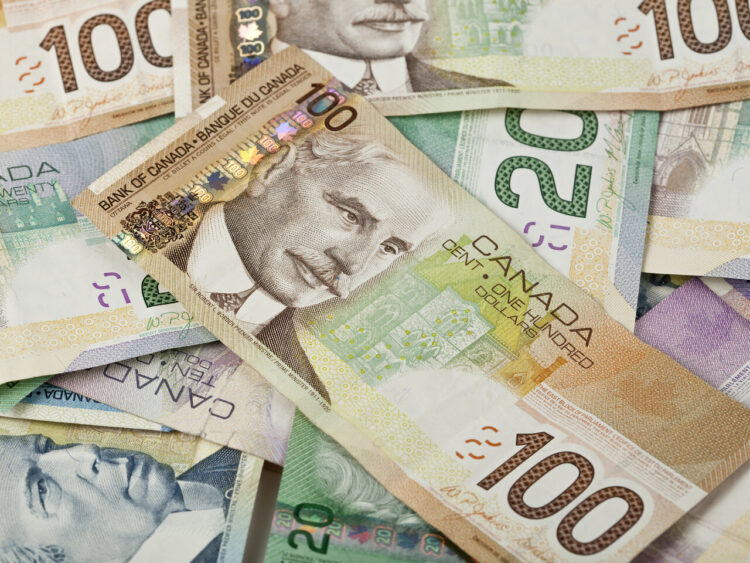 For the last ten years, the USD/CAD exchange rate has fallen between 0.94 and 1.46. As a result, both the USD and CAD have had a relatively close value in the last decade.

CAD and USD have been flipping forth and back in terms of currency strength. But in most cases, the U.S. dollar has been stronger than the Canadian dollar over time. It was only in 2011 that the CAD was worth more than the USD.

The Canadian dollar started strengthening against the USD after the financial crisis in 2008 hit the United States hard. That went on up to mid-2011, and after that, the USD started regaining its strength against the CAD, increasing in value relative to the CAD.

The growing strength of the USD against CAD increased the exchange rate incredibly higher till mid-2015. At the same time, the U.S. dollar was also growing stronger against other major currencies. That made the USD one of the most traded currencies globally.

The Plunging of Oil Prices in 2014

As the U.S. dollar strengthened, the plunging of oil prices in 2014 further reduced the CAD’s value, making the USD even stronger. That was after OPEC failed to cut oil production in the global market despite the falling demand for oil worldwide.

Since oil is one of Canada’s major exports, it’s tied to the CAD’s strength. That means any change in oil prices could affect the Canadian dollar’s strength. Unfortunately, the CAD’s value dropped significantly when the oil prices fell very low.

The Organization of the Petroleum Exporting Countries (OPEC) held a meeting with the member countries to discuss the low demand for oil despite high supply on the market. So, many people expected OPEC to cut oil production to reduce supply.

Unfortunately, OPEC didn’t cut oil production. Instead, the member countries continued to produce oil, dropping the prices sharply. If OPEC could have reduced oil supply, the prices could have gone down as consumers could have fought for the limited supply.

Despite the falling demand and prices, the dramatic increase in oil production affected many countries exporting oil, including Canada. As a result, it reduced the strength of the CAD against the USD since the U.S. is one of the major importers of Canada’s oil.

Why the Canadian Dollar is Weaker than the U.S. Dollar 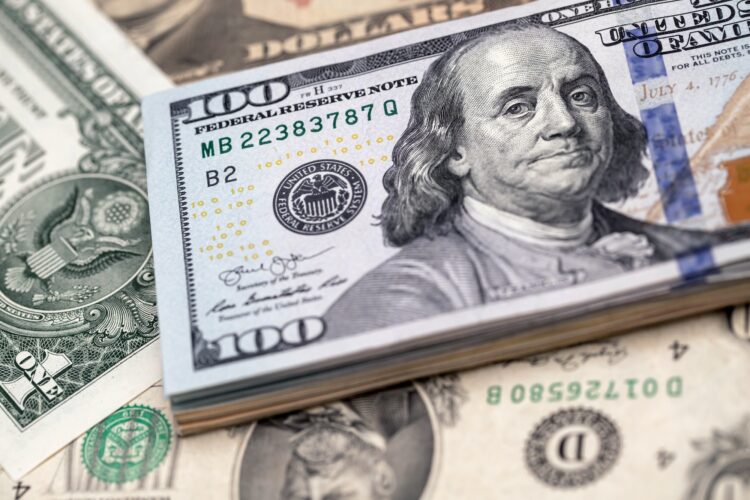 Besides the plunging oil prices in 2014, many other factors have contributed to the CAD’s weakness against the USD value. Here are some of the reasons.

Higher Interests Rates in the U.S. than in Canada

The Bank of Canada can strengthen the Canadian dollar by raising the country’s prime lending rate. That would raise the interest rate offerings and raise the CAD’s demand.

The U.S. Economy is Stronger than Canada’s Economy

The U.S. economy has grown stronger over the years, strengthening the USD against the CAD. That is because the U.S. government offers high-yield treasury bonds higher than what the Canadian government offers. As a result, it has attracted many investors.

As many foreigners buy U.S. treasury bonds, they must buy U.S. dollars, raising the demand for the currency. That has strengthened the USD’s value.

Will the Canadian dollar ever be at par with the USD again? It depends on the economic factors, such as interest rates and inflation rates in both countries. Since the USD/CAD has a floating exchange rate, the Bank of Canada won’t manipulate the CAD’s strength. Instead, it leaves the market to determine the USD/CAD exchange rate.